He informed that Forex generated through launching of these 177 foreign satellites from January 2018 to November 2022 is approximately 94 million USD and 46 million Euro.

On the subject of Space Reforms, minister said, far-reaching reforms in the sector were announced in June 2020, with an intent to enhance participation of Non-Government Entities [NGEs] in the sector and bring in a commerce-oriented approach to space activities – all steps towards enhancing the nation’s share in the global space economy.

The result of these reforms was reflected with the heaviest commercial launch by India in the form of LVM3, carrying 36 Oneweb satellites and the recent suborbital launch by an Indian Private entity – M/s Skyroot Aerospace – which was the first such instance.

Moreover, the creation of IN-SPACe as a single-window agency for the promotion and handholding of Non-Government Entities in conducting end-to-end space activities has resulted in a remarkable interest in the Start-up community, with 111 space-start-ups registered, as on date, on the IN-SPACe digital platform.

Over the last five years, Government has taken several steps to strengthen space program and take it to greater heights. Significant progress has been made in the development and realization of space systems catering to earth observation, satellite communication and space science. Multiple successful flights of operational launch vehicles, along with development, realization and testing of major technology elements of future launch vehicles, was seen during this period. 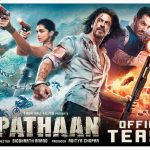