Jaipur. A Muslim woman was given triple talaq by her husband for giving birth to a girl child. The woman, Sananaaz, has accused her husband, Amanullah, of giving her triple talaq after she gave birth to their daughter. The couple got married in 2020.

“I was given instant triple Talaq by my husband because I gave birth to a girl. My husband said that this was my gift. He said that girls do not take the family lineage forward, but sons do,” she said.

As per reports, she also alleged that she had filed a complaint against her husband and her in-laws earlier, but later withdrew it after they promised to behave in future.

“Even earlier, I had filed a complaint against my husband and in-laws because of the torture but they falsely claimed that they will not harass me in future and got an agreement done. But once again, I was tortured and I was given triple talaq by my husband in front of family members because I had given birth to a girl,” Sananaaz alleged.

The woman has filed a police complaint in the matter and has sought justice.

Sunil Kumar Sharma, ASP, Jaipur Police, said, “A report was received on October 29 regarding the complainant mentioning that she was given talaq by her husband thrice and thereafter, inhuman behaviour was being meted out to her, that she was being beaten. Taking immediate action, a complaint was filed in the matter and further investigation is going on.”

A social worker also claimed that the woman had approached her about her family issues.

“She had approached me even earlier and mentioned that her husband and his family were not allowing her to stay with them. I had even counselled her husband but it seems that reconciliation did not happen. Despite law being there, it is not being implemented in the right earnest,” Nishad Husain, a social worker, said.

The practice of instant triple talaq or Talaq-e-Biddat, by which a Muslim man can divorce his wife by uttering the word ‘talaq’ thrice, has been banned in India since 2019. 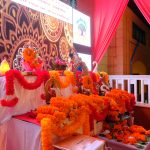 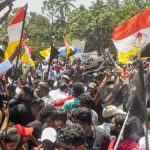