As per media reports, during the year, 29 civilians were killed by terrorists including 21 locals (6 Hindu including 3 Kashmiri Pandits and 15 Muslims) and 08 from other states. A total of 26 security forces personnel including 14 Jammu & Kashmir Police personnel were killed during terror attacks or encounters.

He said that a maximum of 108 terrorists were neutralised from the proscribed terror outfit The Resistance Front (TRF)/Lashkar-e-Taiba (LeT) followed by 35 from Jaish-e-Mohammed (JeM).

“No hartal, no street violence, no stone pelting incident especially at the encounter sites, no internet shutdown, no funeral procession of killed terrorists, no glamourization of terrorists, have benefited all the sections of society.”

All Chiefs and Top Commanders of terror outfits neutralised except HM’s Chief Farooq Nalli and LeT Commander Reyaz Sethri. A maximum of 74 terrorists this year joined Lashkar-e-Taiba (LeT) of which 18 terrorists are still active.

“This year, 100 fresh recruitments into terrorist ranks were reported showing a decline of 37 per cent compared to last year. A maximum of 74 joined Lashkar-e-Taiba (LeT). Out of total recruitment, 65 terrorists were neutralised in encounters, 17 terrorists were arrested and 18 terrorists are still active”.

This year huge quantities of weapons (360) were recovered during encounters and modules’ busting which include 121 AK series rifles, 08 M4 Carbine and 231 pistols. Besides, timely seizure of IEDs, Sticky Bombs and Grenades averted major terror incidents. 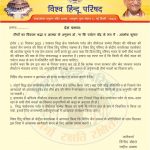