The Ministry informed that there was also a decrease in fatalities of Special Forces Personnel by 29.11 per cent and a decrease in casualties of civilians by 14.28 per cent in 2020 (up to November 15, 2020) as compared to 2019.

MHA also said that one-time financial assistance of Rs 5.5 lakh per family provided to 36,384 displaced families from Pakistan occupied Jammu and Kashmir and Chhamb under the Prime Minister Development Package.

One-time financial assistance at the rate of Rs 5.5 Lakh per family for the 5,764 families of West Pakistan Refugees (WPRs) in Jammu and Kashmir is also being provided at par with displaced persons of PoJK and Chhamb. 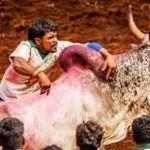