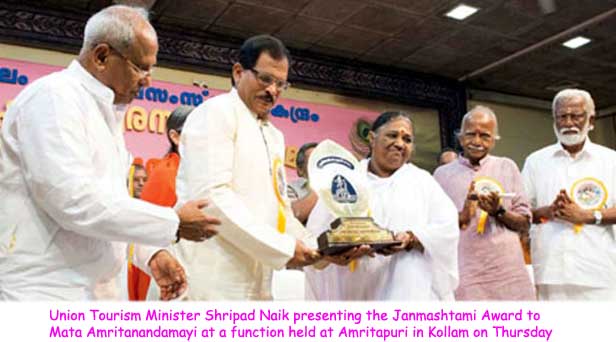 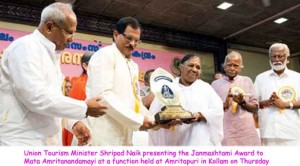 Kollam (vskkerala) This year’s Janmashtami Award was presented to Mata Amritanandamayi by Union Tourism Minister Shripad Naik at a function held at Amritapuri in Vallikavu, on Thursday, September 4. The award is instituted by the Balasamskarakendram, affiliated to Balagokulam.