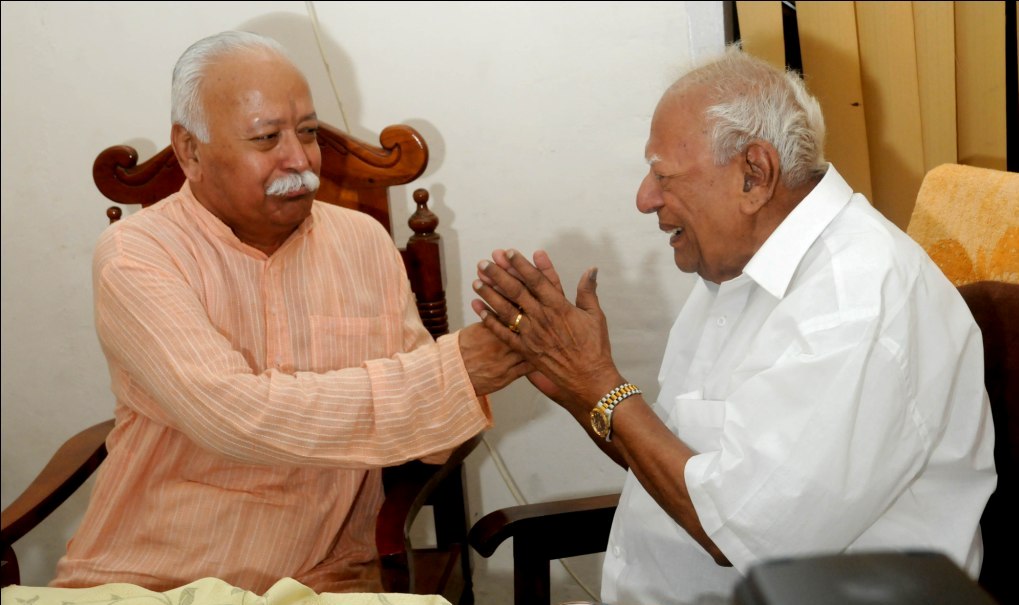 Kochi. Eminent jurist and former Supreme Court judge, Justice V. R. Krishna Iyer, passed away at a private hospital in Kochi around 3.30 p.m. on Thursday, December 4. He died due to renal and cardiac failure, hospital sources said. He was hospitalised for a fortnight.

RSS Sarsanghachalak  Dr Mohan Bhagwat expressed deep condolences on the demise of Eminent jurist Justice V. R. Krishna Iyer, in a statement he Said “With the passing away of Justice V. R. Krishna Iyer we have lost a great jurist, who had made seminal contributions to turn our judicial system into a vehicle of social justice. A great humanist, he will ever be remembered for the gifts he had made to improve the quality of our social life. It was only recently I had an opportunity of meeting him, which was an invigorating experience for me. What appealed me the most was his sense of purpose and unadulterated love for all, an erudite scholar, he was content with simple ostentatious living. I send my heart-felt condolences to his family and all those who loved and adored him.”

On October 21, 2013 Param Pujya Sarsanghchalak Sri Mohan Bhagwat met Justice VR Krishna Iyer at his residence in Kerala. This is the outcome of the letter correspondence they had couple of months before. Sri Bhagawat, in his letter, had expressed his wish to meet Justice Krishna Iyer when he visits Kochi.

Sri Krishna Iyer told Sri Bhagawat that he had invited the wrath of some people due the support he extended to Narendra Modi. But, he does not care. He likes to see and support honest people. Sri Modi came to see him couple of years back. It was his decision.

Sri Bhagawat told Sri Krishna Iyer that honesty is a precious commodity these days. We, in Sangh, keep on meeting honest people. It is them who influence the social consciousness.

He said that, he has been wishing to meet Sri Krishna Iyer since long time; but, it is materialised only now. It is my good fortune to meet Justice VR Krishna Iyer today; He added that Sri Krishna Iyer is a fatherly figure for all of us, a true Judge in Words and spirit. He embodies all the noble values in social life, which is fast diminishing. I found him very honest, committed to truth, fearless, sincere and well intentioned.

Krishna Iyer had been a minister in the first communist government under E M S Namboodiripad in Kerala in 1957. After the government was dissolved in 1959,Krishna Iyer turned to legal profession and starting practice as an advocate in the Kerala High Court. In 1968, he became a judge of the High Court. In 1973, Iyer was elevated as a Supreme Court judge. He retired as SC judge in 1980.

Supreme Court justice Krishna Iyer took just two days to decide on the then Prime Minister Indira Gandhi’s appeal against the Allahabad High Court order cancelling her election victory. That ruling changed the history of the nation itself.

Central law minister H.R.Gokhale called Justice Krishna Iyer on the phone at 10 am on June 20, 1975. He wanted to meet the judge directly in connection with filing the appeal against the Allahabad High Court ruling. But Krishna Iyer directed him to file the appeal before the registrar through an advocate.

It was decided to hear the appeal on June 24. Indira Gandhi was represented by Palkiwala while Shantibhooshan represented her opponent Raj Narayan. The ruling on the appeal could decide the fate of Indira Gandhi’s government. Police officers met Justice Krishna Iyer with an appeal to allow them to provide him security, saying there was a danger to his life.

In between, police officials informed Krishna Iyer through the registrar that the security arrangements would go for a toss if the court recessed for lunch. Advocates from both the sides agreed to the judge’s comment that he was willing to skip lunch and let the arguments continue. The arguments were concluded by 6 pm. Krishna Iyer stated that the verdict was reserved till 3 pm the next day.

Krishna Iyer rejected the appeal for an unconditional stay of the Allahabad High Court order and granted only a conditional stay. The order made it clear that Indira Gandhi could continue in power for six more months. Based on the order, Indira Gandhi proclaimed emergency in the country that night itself.

There was another thing unusual about the verdict in this case: Krishna Iyer had directed the registrar to give a copy of the judgement free to anyone who requested one. For this purpose, 5,000 copies of the judgement were made.

This was Krishna Iyer’s answer when asked why this was done: Court verdicts are not the private property of the judge. Delay in court proceedings could lead to corruption. There should be facilities to give copies of court orders of national importance to everyone. Copies of judgements should be provided at the time of the delivery of the judgement to whoever needs to know about it. 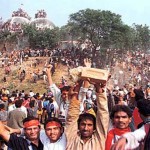