Why do Kashmiris observe ‘Holocaust Day’ on January 19?

“An uprooted tree dies soon, and, a community uprooted from its motherland perishes and falls into oblivion”.

This adage remarkably well explains the modus operandi when almost the entire Kashmiri Hindu population was forced to leave their ancestral homeland and take refuge at safer places outside Kashmir. This was the fateful day of JANUARY 19 1990, which witnessed the final assault by the Kashmiri Muslims on the original inhabitants of Kashmir – The Kashmiri Hindus.

What happened during the cold winter days of January 1990 (and the years before that), led to the midnight of January 19, when threatening, defamatory, disgusting, spine-chilling and derogatory announcements from loudspeakers of the mosques and streets urged the Muslim population to come out on the streets, and the whole valley reverberated with extremely provocative Islamic slogans, with a well-directed message for the Hindus living in Kashmir – “EITHER CONVERT TO ISLAM OR LEAVE THE VALLEY OR GET KILLED (Raliv, TsalivYaGaliv).” This was not something instantaneous or spontaneous (as is projected – like a wave), but was very well planned over the last many years, and eventually was executed with surgical precision.

The Kashmiri Hindus faced these threats both overtly and covertly, and these were subtle indications of a major disaster, just like the foreshocks before an earthquake! The disaster struck on this peaceful Hindu community on the cold-and-dark night of January 19, which stirred into a macabre dance of death, devastation and destruction. This was the night when the worst nightmares of Kashmiri Hindus became a reality, and the community still shudders to remember even after 3 decades of being in forced exile. What eventually forced the Kashmir Hindus to take such a step that terrible-terrible night was the chanting by the Islamic zealots from the mosques and the open streets – “WE WANT PAKISTAN (MERGER OF KASHMIR WITH ISLAMIC PAKISTAN), WITHOUT KASHMIRI HINDU MEN BUT WITH KASHMIRI HINDU WOMEN (Aase GasiPanunuy Pakistan, BatavRostiTeBatinenSaan).” “IF YOU CHOOSE TO LIVE IN KASHMIR, YOU WILL HAVE TO SAY ALLAH-HO-AKBAR (Kashmir main agar rahna hoga, Allah-Ho-Akbar Kahna hoga).”

This brought the Kashmiri Hindus face-to-face with the horrifying 7th forced Exodus that eventually became a stark reality. This represents a big blot on humanity, and the figment of imagination called as Kashmiriyat (that actually means never complaining Kashmiri Hindu). This is a slap on the face of pseudo-secularists, self-proclaimed champions of freedom of speech and votaries of human rights, who all are in the state of rigour-mortis over the last 3 decades. Some of these pseudo-secularists and Islamists hold the then Governor Shri. Jagmohan responsible for this mass exodus of Kashmiri Hindus. Shri Jagmohan many-a-times has countered and refuted these concocted allegations, and the irony is that when Kashmiri Hindus were being hounded out of their homes by the Islamic zealots, Sh. Jaghmohan was flying in a BSF plane to Jammu and Kashmir. The question is – how on earth would he have made such an evacuation possible, when the entire government machinery was non-functional, and whatever government functioning was left, it was overtaken by the Islamic fundamentalists! Additionally, that time the mode of communications weren’t as advanced as these are nowadays, not even the fixed phone lines were functional.

As mentioned previously, this hounding of Kashmiri Hindus was not an instantaneous reaction but was planned well in advance to make Kashmir a fully Muslim State with Islamic (Sharia) law. The indications of this were communicated well in advance, wherein the neighbours of the Kashmiri Hindus used to say – “don’t waste your money on the renovation and construction of your homes here, you all will eventually have to leave”. And, the Kashmiri Hindus could never imagine in their wildest dreams that this will become a reality. The seeds to achieve such an objective were sown in 1931, but the process snow balled post-1987 when Kashmiri Muslims went to Pakistan for arms training and returned with sophisticated arms to kill and destroy the ‘Kafir’ Kashmiri Hindus. Their primary targets were the stalwarts of the Kashmiri Hindu community that started with the daylight killing of Tika Lal Taploo, an advocate by profession and a prominent social worker. This was followed by kidnappings, brutalising of Hindu women, burning of houses and brutal killing of many prominent Hindus (by the Islamic terrorists with the help and association of the local Muslim neighbours).

On the fateful night of January 19, 1990, the Kashmiri Hindu minority community were panic-stricken to the core, when the entire valley began reverberating with the war-cries of Islamists, who had stage-managed the whole event with meticulous planning, choosing its timing and the slogans to be used. A host of highly provocative, communal and threatening slogans were played on loudspeakers from the mosques and streets inciting Muslims to come out on the streets, which lead to the final assault on the Hindus for transforming Kashmir into a true Islamic state. Kashmiri Muslims in thousands came out of their houses shouting ‘death to India’ and ‘death to Kafirs – Kashmiri Hindus’, with the tacit support of the then State government. There was no law of the land, and the order was of mayhem. Whatever law and order machinery was left, it was in the hands of the supporters of Islamic fundamentalists, terrorists and the seekers of the Islamic Caliphate (so-called Azadi Brigades). Many of the Hindus and paramilitary forces injured by the bullets of terrorists were not treated in government hospitals and police never came to the rescue of the frightful community. Continuous threats were published in the local newspapers ordering the hapless minority Hindu community to either convert or die, also supported by the daily sloganeering.

Eventually, it became crystal clear to the Kashmiri Hindus that to protect their life, honour and dignity they have to leave the valley. The continuous daily macabre comprising of vicious processions in thousands, broadcasting of derogatory jihadi sermons, revolutionary songs (both Kashmiri and from Pakistan), sloganeering, stone pelting on Hindu houses/temples/shrines, burning of houses and properties, open threatening advertisements, pasting hit-list of the Hindus to be killed outside their houses, the cold-blooded killings of Hindus and asking Hindu menfolk to leave without the Hindu women, finally lead to the “7th Exodus” of the Kashmiri Hindus. The Hindus were forced to leave behind their possessions, houses, properties and domestic animals in order to live their life with honour and dignity. The Hindu families became refugees in their own country, and migrated to Jammu, Udhampur, Delhi and various other parts of their country – India. The first year of migration was the most difficult time for survival in extreme heat and weather conditions, in semi-enclosed tented accommodations, non-availability of accommodation, and meagre resources. The young students and the elderly people suffered the worst. The students were unable to continue their studies as the session runs during different times of the year in Srinagar and Jammu, and mostly due to the absence of educational institutions. Hundreds of these Hindus died due to heatstroke and snake bites in the tented accommodations created at inhabitable areas in Jammu and Udhampur.

These horrors of the 7th Exodus are engraved in the past and living memory of the community, the sufferings were (and still are) enormous and unimaginable but the resilience inculcated by dharma, grit and courage of the Kashmiri Hindu community, ensures our survival and the resurgence of our community. We are grateful to our Hindu brothers and sisters all over India (and abroad) who stood with us and helped us to rise back from the ashes. This day, let’s all pledge that “Kashmir is our Homeland, and we Kashmiri Hindus are Kashmir. You can force us out of Kashmir, but how will You take Kashmir out of us? Kashmir culturally, spiritually, geographically, religiously belongs to us – the original inhabitants. It’s just a matter of time when our homeland will be enriched by us, and we will restore its past glory”. 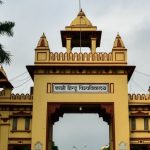