Kerala. A Kerala Fire and Rescue Services cop has been arrested in connection with RSS swayamsevak Sreenivasan in Palakkad.

Sreenivasan was hacked to death at his shop in Melamuri Junction on April 16. Police nabbed three more accused in connection with the murder on May 02. They are Akbar (25), Abbas (32) of Shankuvarathodu, Nishad (38) of Mundur.

The trio allegedly made the necessary arrangements for the main accused before and after the murder, and are believed to have destroyed crucial evidence in connection with the case.

Nishad, who is a vlogger, is said to have helped main accused Abdul Khadar, aka Iqbal, in hiding after committing the crime. Police have recovered hideout clothes that were likely worn by the assailants.

And now the Palakkad Police confirmed the arrest of Jishad, a fire officer with the Kongad Station, who has helped the accused. According to the investigating officers, Jishad helped the accused in the case on various occasions.

He is also accused of having ties with Popular Front of India (PFI) members who were arrested for the murder of S Sanjith at Kinassery in the district on November 15 last year.

Palakkad District Police Chief R Viswanadh said they are probing other possible involvements in the case.

Jishad’s is the 22nd arrest made in connection with the case, which was the second of political killings in Palakkad district reported in as many days mid-April. 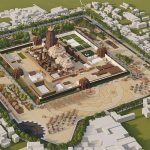 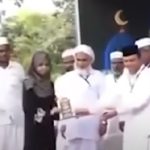