Kerala (VSK). Kerala Governor Arif Mohammed Khan has asked “Chief Minister Pinarayi Vijayan to remove Kerala Finance Minister K.N. Balagopal from the Cabinet. He says, he ‘withdrew pleasure’ for Balagopal in continuing in the office. Governor has cited remarks and statements by the minister against him (Governor).

Governor is insisting on the importance of nationalism. It appears, he would not compromise on this matter. He even referred to late CPM ideologue EMS Namboothirippad who fought against Sir C.P. Rama Swamy Iyer, the Dewan of the Thiruvithamkoor kingdom during the last century.

Governor’s letter reads, Finance Minister’s statement is against the nation’s integrity. He has violated the oath of office he had taken when he assumed the office. Balagopal’s reference to Uttar Pradesh will create divisions among states of Bharat.

Chief Minister Pinarayi Vijayan has refused to comply with the Governor’s demand. Finance Minister has not come not with any clear-cut reaction.

Legal experts say that Governor enjoys the power to initiate removal of any minister when he withdraws pleasure for him. They cite Article 160 of the Constitution in this regard.

Governor is unhappy about Industries Minister P. Rajeev also for his annoying statements.

In the meantime, Governor has stated that all VCs in the state are appointed illegally. Now, the CPM-led ruling Left Democratic Front is reported to be doing the home work to strip Governor of the Chancellorship of the universities in the state. 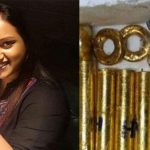