Kochi (VSK). 65 ‘doctors’ got their BAMS Degree from Government Ayurveda College, Thiruvananthauram on December 15. And, it is reported that 7 of them have not passed their 2nd year examinations. It is alleged that one of them is the son of a PTA office bearer. None knew the issue until some students came out with this incredible information. Immediately, the authorities are reported to have issued strict instructions not to share the pictures of the ‘convocation’ in social media. The complainants informed the media, they would take up the matter with the state Governor, who is also the Chancellor of the state varsities.

Media reports a funny piece of news in this regard – The college maintain that the programme was organised based on the list provided by the SFI-led House Surgeons’ Association. Principal Dr. G. Jey informed the media that the allegations would be investigated and that more information cannot be shared at the moment.

Media people tried to speak to the president of the House Surgeons’ Association, but, not ready to respond.

BAMS Course is five and half years long including House Surgency. Health University VC was present in the convocation function. But, Health Minister (CPM), who is also the Pro Chancellor, had not turned up.

This is one more feather in the already defiled cap of the CPM-led Left Democratic Front regime with CPM supremo Pinarayi Vijayan at the helm. CPM, Pinarayi and his comrades have been beating the drums that Kerala is No: 1 in all sectors in the entire country; in some fields next to England and even to US and even equal to developed countries in some other area. 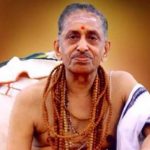