Thalasseri. In a shocking incident, a Muslim youth brutally attacked a six-year-old boy in Kerala’s Thalasseri. The video of the incident has gone viral on the internet.

In the video, the youth named Sihshad was seen kicking a migrant boy who was leaning on his car. The cruel act of the youth came to light after the CCTV visuals come out.

Police have arrested Sihshad and has slapped non-bailable charges including attempt to murder. His car was also seized following the arrest. Police took the action after the CCTV visuals of the incident went viral.

He attacked Rajasthan native Ganesh (6yr) who was playfully leaning on the man’s car parked on the roadside.

It is reported that the child suffered a severe back injury. The boy was shocked after the attack. The visuals also show a woman accompanying the man get into the car without consoling the boy.

Commission for Protection of Child Rights has also intervened in the incident. 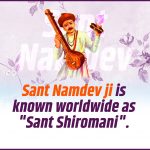