Kerala (VSK). NIA conducted, state-wide raids (on December 29) in Kerala as a part of its endevour to put an end to the outlawed Popular Front of India’s (PFI) clandestine moves and operations. Raid was executed with the cooperation of Kerala Police. Raids were carried out in more than 56 places throughout the state. Five men, including state leaders, are arrested. In some places, raids took more than 12 hours. Mobile phones, computer hard discs, bank passbooks, digital documents, wills and several other documents were seized. Second rank leaders and their centres were the targets.

It is suspected that the extremely secret news of NIA raid was leaked to the PFI men. Because, leaders were not available in few places in Pathanamthitta when the NIA officers went to raid. It is alleged that it was leaked from the police itself. BJP and Hindu Aikya Vedi have been alleging that a WhatsApp group called “Pacha Velicham” (English terminology for ‘Green light’), having allegiance to PFI, is active among the police force in Kerala.

In Ernakulam district, raids took place in 12 centres of PFI. Adv. Mubaraq of Edavanakkad, near Kochi, was arrested from his home. Several weapons were recovered. He is said to be a ‘physical trainer’ for the terrorists.

During the raid in the house of a PFI activist, in Kollam, police recovered a map with various organs of human body marked conspicuously. The house belonged to Mohammed Ansari, a close relative of PFI state secretary Abdul Sathar, who was arrested earlier.

The surprise raids speak out that NIA is determined to erase the terrorism from the soil of Kerala, a state where both ruling Left Democratic Front (LDF) led by chief minister and CPM supremo Pinarayi Vijayan and Opposition Congress-led United Democratic Front (UDF) are hand-in-glove in appeasing extremist religious minoritism. There are allegations among the ordinary people that LDF and PFI are twin brothers.

BJP state president K. Surendran alleged that PFI has been planning a genocide of Hindus and Christians. The union government is determined to weed out the Islamic terrorism from the state. PFI, even though banned, is operational. 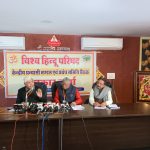