Ernakulam. On 27 July 2022, the NIA Special Court Ernakulam, Kerala convicted 3 accused persons in Kalamassery bus burning case under various offences of IPC and UA (P) Act for causing damage to a Tamil Nadu government bus plying between Ernakulum and Salem in support of their demand for release of Abdul Nasar Madani, Chairman PDP, who was detained in Coimbatore Jail at that time.

Investigations have established that the accused persons had entered into a criminal conspiracy in the first week of September 2005 to wage war, to strike terror, and damage Govt. property in retaliation to the continued detention of Abdul Madani. The accused persons had assembled on 08.09.2005 at Aluva Masjid and chalked out their plan, at the instance and instigation of accused Majid Parambai and Sufia, to set fire to a Tamil Nadu Govt. owned bus.

After thorough investigations, NIA had filed chargesheet against 13 accused persons on 17.12.2010 in this case. 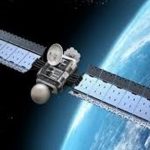