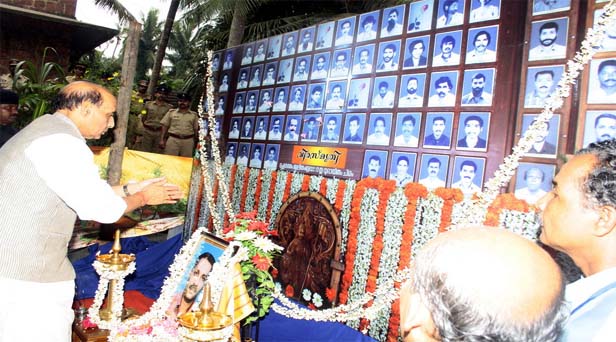 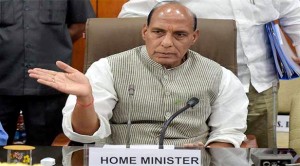 Thiruvananthapuram: The CBI will probe the murder of Kannur RSS leader Kathiroor Manoj, Home Minister Rajnath Singh said on Friday. Rajnath, who was in Kerala, met Manoj’s family members and assured justice would be done. He also interacted with relatives of other political leaders who had been murdered.

“The Kerala government must end political violence in the state,” he said, even as he indicated that the growth of BJP could be the reason behind the killings of Sangh Parivar activists in the state. 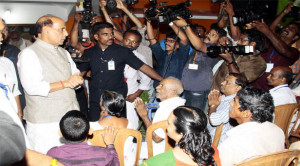 Rajnath, who was in Kerala, met Kathiroor Manoj’s family members and assured justice would be done.

The Home Minister said the state government must make an honest assessment on why these political killings were taking place, what were the reasons and give assurance that such types of violence would not take place in future.

“Problem of violence must be resolved. Freedom of speech, freedom of religious practice and freedom of political activities must be ensured. State government must take action on it. I want to assure the state government that whatever assistance will be required, the central government will provide,” he said. 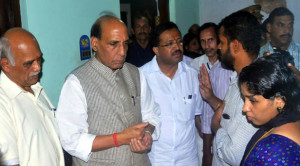 Asked whether the growth of BJP and other organisations could be the reason behind the killing of Sangh Parivar members, Singh said, “That possibility cannot be ruled out.” The Home Minister said the Central government was concerned over the political killings in Kerala as well as in West Bengal.

Describing the killing of Manoj as “very unfortunate”, the Home Minister said no political ideology could be suppressed by violence and one should counter any political ideology only through another ideological view and “not through gun or violence.”

“We have to take action to check the political violence. All political parties must come on board and oppose the killing of innocent people,” he said.

Singh said the Kerala government has already recommended a CBI probe into the killing of Manoj and the Central government will issue a notification handing over the probe to the premier investigating agency soon. 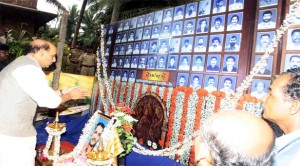 The Home Minister said no religion permits violence but if anyone thinks that by adopting the means of violence a sense of fear could be created among the supporter of any particular ideology, it will never happen.

“Such attempts should be condemned by all political parties,” he said. On the reports that in some places in Kerala some political parties have created fear psychosis among the common people, Singh said if such reports were true, it was very unfortunate and the state government should take cognisance of it and take action.

“All action should be taken by the state government,” he said.

The Home Minister also appealed to socio-cultural organisations in Kerala to come forward and launch a mass movement against political violence in the state. 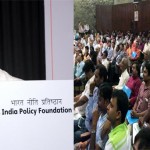 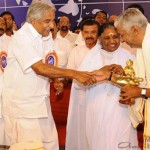