Governor had asked the VC to sack the Senate members when they failed to select a Search Committee to nominate a panel for the appointment of VC. It is reported that most of them maintain their allegiance to CPM.

On October 17, Governor had warned the ministers that he would even withdraw them if they keep on lowering the prestige and position of the Governor’s office. Immediately the Chief Minister and his cabinet colleagues criticised the Governor. CPM leaders alleged that Governor was lowering his status and implementing RSS agenda. 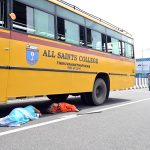