Malappuram. A 24-year-old Muslim youth who left Islam after 12 years of religious studies was brutally attacked by a group of Islamic fundamentalists. A case was registered with the Kollam police on a complaint lodged by Askar Ali, a native of Malappuram.

Askar Ali, who completed 12 years of religious studies at a leading religious academy in Malappuram, had earlier left Islam. According to Ali’s complaint, a group of people from Malappuram tried to abduct him to prevent him from preaching at an event to talk about his experience as an Islamic studies student. The event was organised by Essence Global, a consortium of rationalists.

According to Ali, the attackers took him to the beach in Kollam and brutally beat him there. They also destroyed his mobile phone and tore his clothes after which forced him into a vehicle and tried to lock him inside. The police rescued him when the locals shouted.

Meanwhile, on April 30, the family lodged a complaint in Malappuram stating that Ali was missing. Malappuram police produced Ali in the local magistrate court on Monday night that allowed him to live according to his will. According to Ali, the family could not accept his decision to abandon his faith. 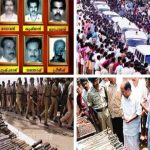