The accused were initially placed under house arrest in August last year by the Pune Police in Maharashtra and were later taken into custody on 26th of October, after a sessions court in Pune rejected their bail applications. The activists, who have been in jail since then, approached the high court last year.

The police have booked the three accused and several other activists under provisions of the stringent Unlawful Activities (Prevention) Act and the Indian Penal Code. The case was lodged on January 2018 after the Elgar Parishad, held on 31st of December 2017, that allegedly triggered violence at Koregaon village. The police alleged that the accused had links with Maoists and were working towards overthrowing the government. The three accused, however, claimed there was no evidence to support the police case. 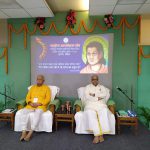