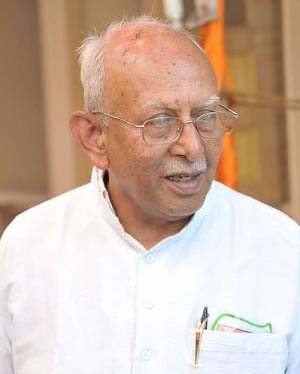 Param Pujya Kuppalli Sitaramayya Sudarshan, who headed the Rashtriya Swayamsevak Sangh (RSS) for nine years as its fifth Sarsanghachalak and when hale and hearty himself, nominated Mohan Bhagwat as his successor, passed away on September 15. A rare human being — simple, unassuming, honest, innocent, child-like, and, most important, Sudarshanji was least given to being strategic or clever. He could be faulted for innocence but not ever for deceit.

His personality and his image stood diametrically opposite. He headed the RSS imaged as communal. However, anyone who knew Sudarshan was stunned by the extent of gap between the perception about the RSS and the reality of who Sudarshan was. The perception about the RSS being an undesirable outfit at the minimum extending to being an extremist at the maximum and the reality of Sudarshanji being an affable, friendly and innocent to a fault showed how bias and prejudice could conceal the truth and advance falsehood. It was his innocence that landed him in political controversies at times.

Perez Chandra, an uncompromising and ‘unfriendly’ journalist who gave up writing because he could not find a media in which he could write the raw truth honestly, also a born Christian and a fierce nationalist, fell for Sudarshan’s innocence and simplicity. He met Sudarshanji often, asked inconvenient questions and was bowled over by his innocence. Sudarshanji used to match his provocation with patience and a smile. Perez used to wonder and bemoan how a simple, innocent and transparent Sudarshanji, incapable of hurting a fly, was seen outside as communal, even as an extremist. Contrary to his image again, Sudarshanji was friendly with many religious Muslims. He founded the Rashtriya Muslim Manch, interacted with Muslims all over the country, and interpreted the Quran as an inclusive religious text. Unfortunately such good work never leaked outside, thanks to unverified bias in the public domain.

Sudarshanji studied engineering, but applied his knowledge wholly for improving humans, rather than re-engineering machines. He had read Descartes and Newton better than the best physicist. Intellectually acutely endowed, Sudarshanji used his scientific acumen to argue how the western world view had dehumanised life and reduced humans into robots. He opposed westernisation, of India particularly, on logic, not jingoism. A staunch advocate of Swadeshi, Sudarshanji combined the thoughts Mahatma Gandhi and Deendayal Upadhyaya to interpret Swadeshi as an economic idea related not just to sociology but to culture as well. He integrated economics to lifestyle. He believed that market forces, advertisements and corporates should not be allowed to hijack human lifestyle, which was long bound to basic values embedded in one’s culture and civilisation. He saw an emerging clash between market and culture.

The way the West is going today — with 55 per cent of the first marriages, 67 per cent of the second and 74 per cent of the third, breaking up; 41 per cent of babies born to unwed mothers, a half the households led by mostly single women parents and as many households dependent on government bailout — Sudarshanji was perhaps right in his apprehensions about what unbridled market forces would do to families, couples, women and children and finally the society in India. 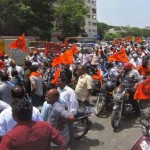