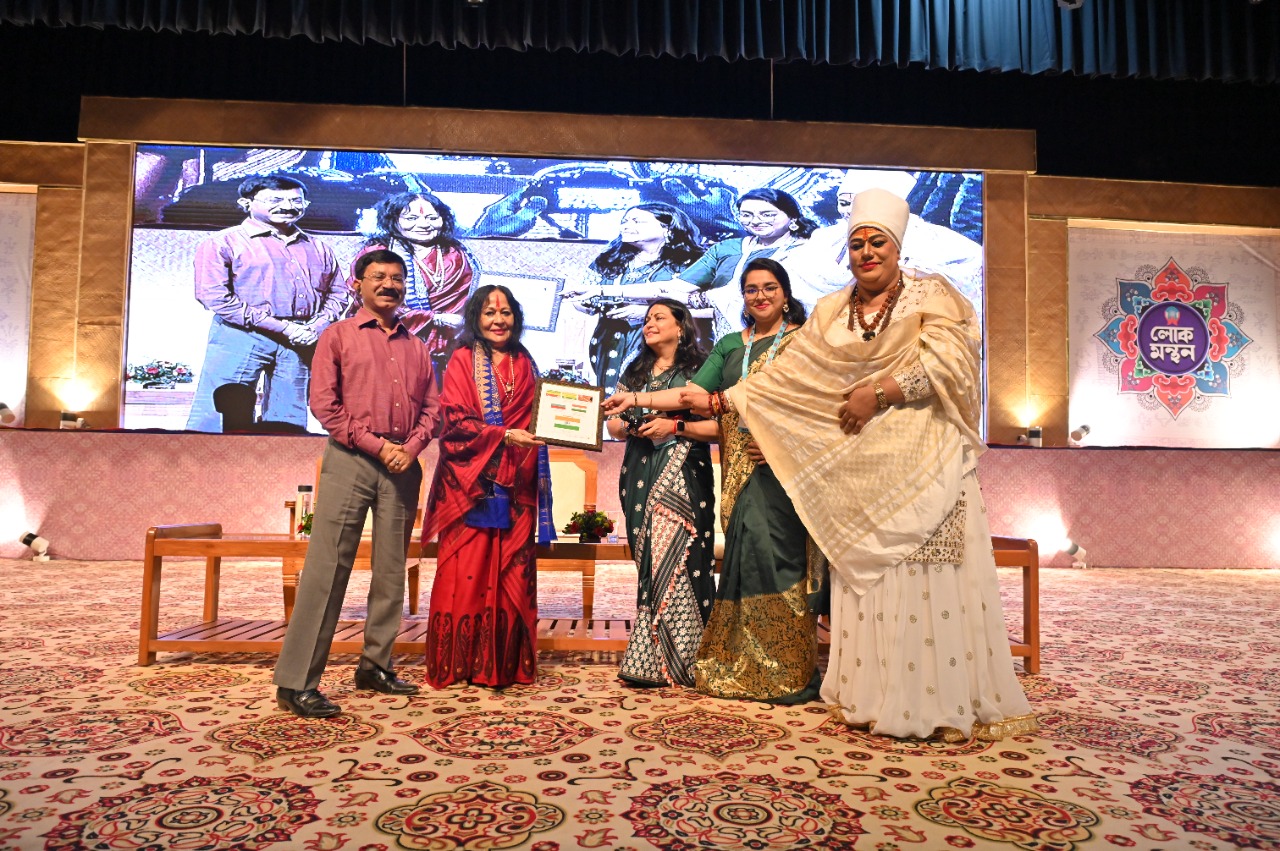 Guwahati. ‘Lokmanthan’ this year has celebrated the extraordinary beauty of Lokparampra and vibrant culture of India. The last two days of Lokmanthan witnessed a large footfall and observed representatives from all strata of society.

The 3rd day of the four-day convention got a huge response from the crowd.

“I didn’t know that I was transgender until society called me that”. In a session, Mata Pavitranandgiri, the Mahamandleshwara of Kinnar Akhada and Juna Akhada said while sharing stories of childhood. She said that she never had to clap at anyone or dance at doorsteps to beg for money as she was well educated.

“One who is educated can do anything in the world provided they must have a belief and confidence in themselves”, she added. She also praised Prime Minister for his continuous efforts regarding the welfare of the transgender community.

Dr. Sujata Miri in another session added that the theories and thesis of social sciences managed to change people’s ancient thoughts and opinions about life and the world. In the same session of ‘Education and Storytelling in Lok Tradition’ Dr. Miri further explained the theories of the people and the Goddesses. She also accelerated her speech by mentioning the concept of ‘Lightning and Thunder’.

Padma Vibhushan Dr. Sonal Mansingh in a session stated about ‘Garba’- a Gujrati dance form performed during ten days of Puja. She explained the importance of clapping during the time of Garba. ‘Garba’ which came from the word ‘Garbh’.

The Exhibition of Lokmanthan 2022 is depicting a mosaic of Lok kala, Paramapra, religious wisdom of Bharat which attracts an unending number of visitors. The exhibition of the ethnic village is showcasing the traditional way of life of tribal communities of Assam. A replica of Rong Ghar, exhibition of agri products, cuisines, traditional games and sports like latum Khel, Ghila Khel, Peng Khel, Nao Khel, Moh Juj (Buffalo Fight), presentation of freedom fighters of North East, artistic representation of glorious historical events of the country may also be found.

A replica of the mighty Kamakhya temple is set up as a museum which is exhibited in the entrance part, a gallery showcasing the “Shakti Peeth” Maa Kamakhya – The Mother of the Universe and different forms of Maa Kamakhya viz. Maa Dhumavati, Maa Matangi, Maa Cinnamasta, Maa Tara etc. Inside the museum, an interesting section is designed showcasing Mayong’s “Mystic Civilization” which is organised by Mayong Village museum and Research Centre. The museum showcased the history of Mayong and its practice of Black magic and natural techniques to cure illness. An exhibition is also showcasing the “Mukha Silpa” by Sangeet Kala Kendra in collaboration with Majuli Samuguri Satra. The delicately designed Masks accentuate the features of different characters being enacted in Bhaonas and Raas Utsav at Majuli.

The 3rd day concluded with spectacular dance performances by various talented folk artists from North east India. Bihu Nach, Bardwisikhla, Hamjar, Domahi, Kikang, Gumraag & Jhumur from Assam, Cheraw from Mizoram, Thüvü Shele Pheta (Chakhesang Chicken Dance) from Nagaland, Pung Cholom & Thang Ta from Manipur, and Rikhampada from Arunachal Pradesh were the centre of attraction among crowd in the cultural show. Along with them Popular folk singer Kalpana Patwary and Mayuri Dutta captivated the evening with the rich folk music of the region.

On the other hand, Hon’ble Governor of Kerala Arif Mohammad Khan will be present as chief guest for the Valedictory Function scheduled tomorrow. Many scholars, intellectuals, artists writers, and researchers are expected to attend the final day of Lokmanthan 2022. 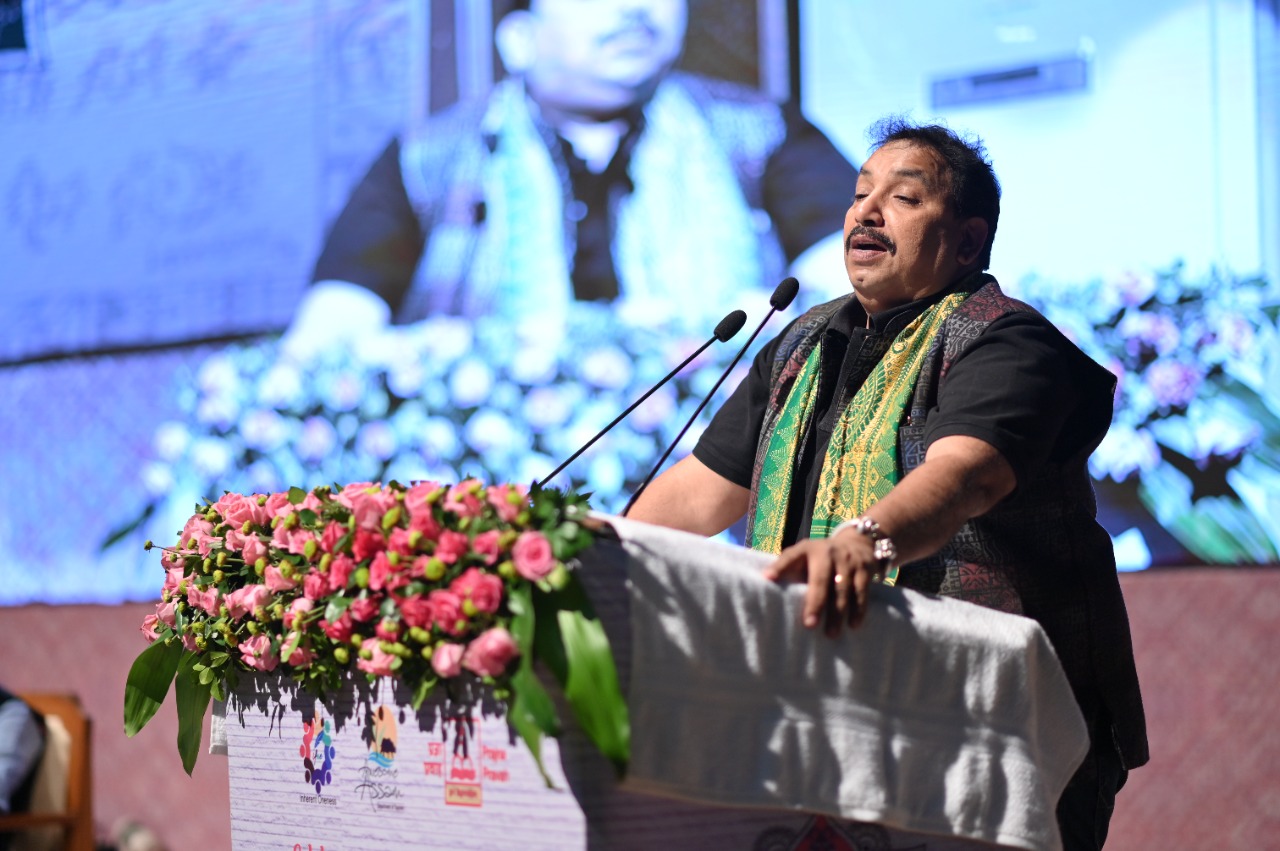 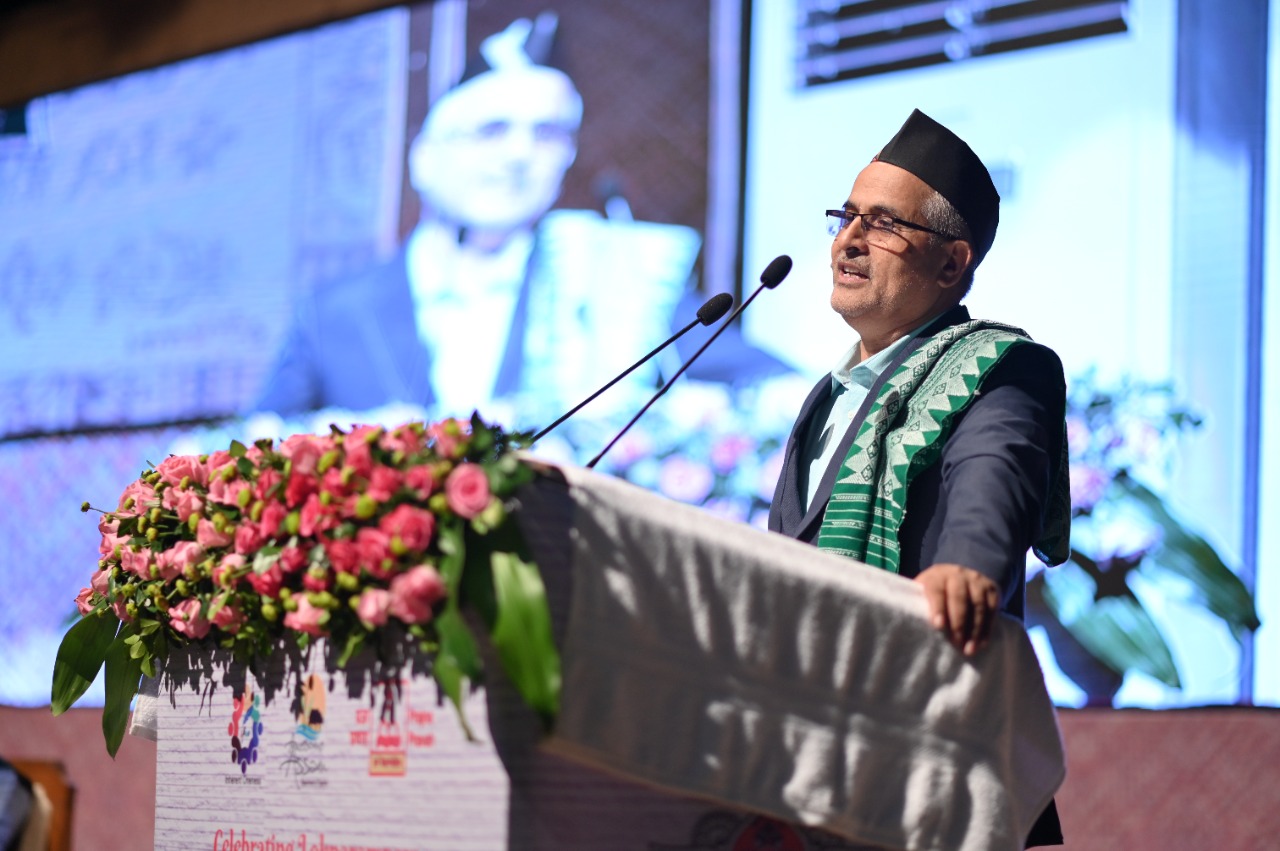 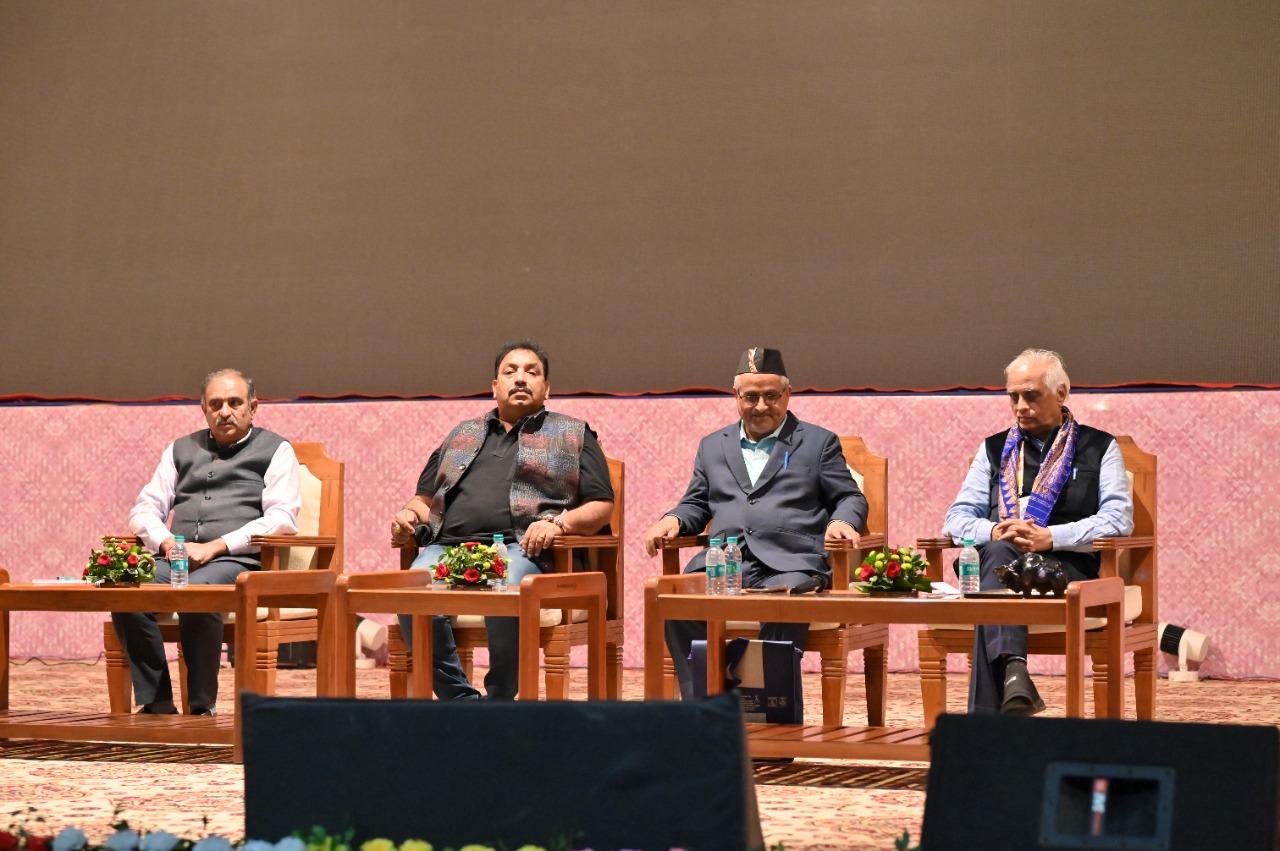 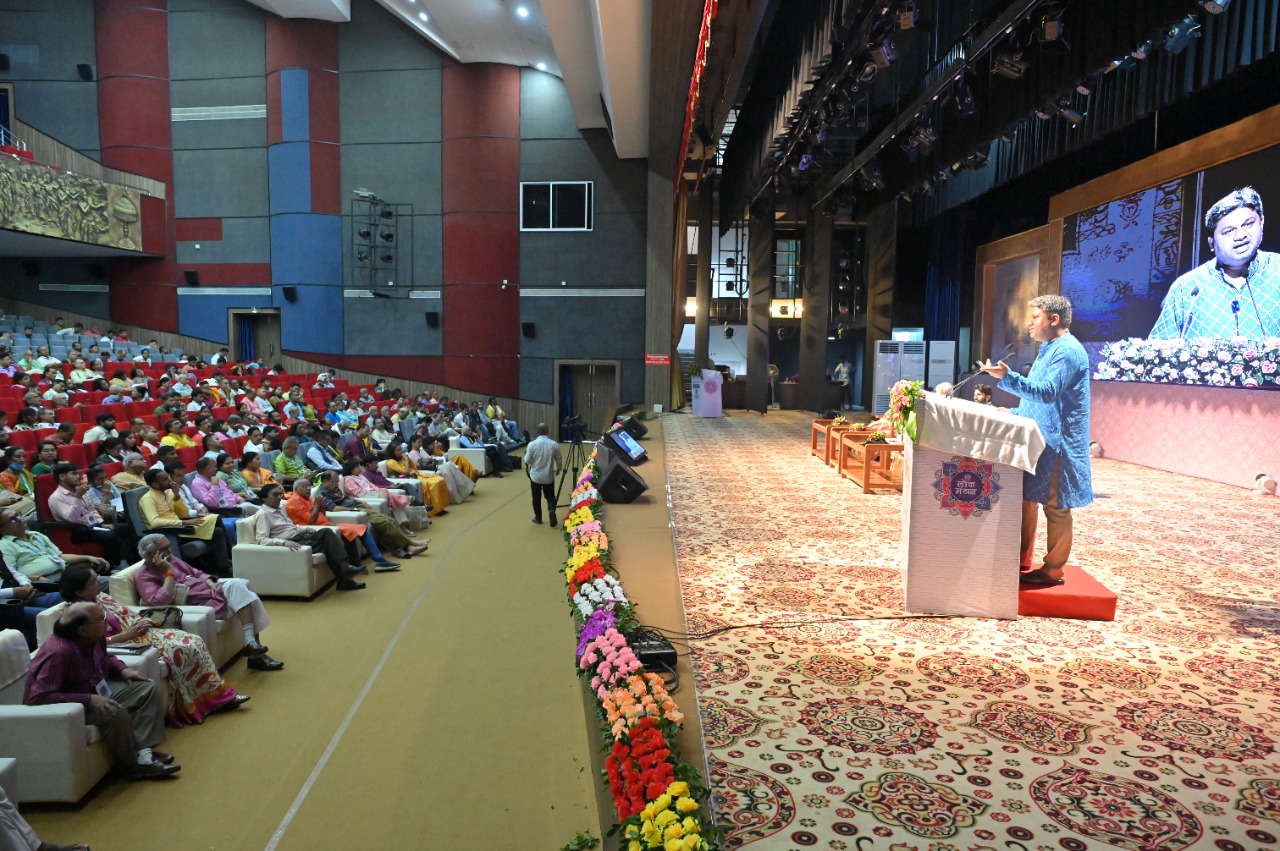 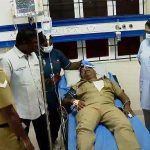