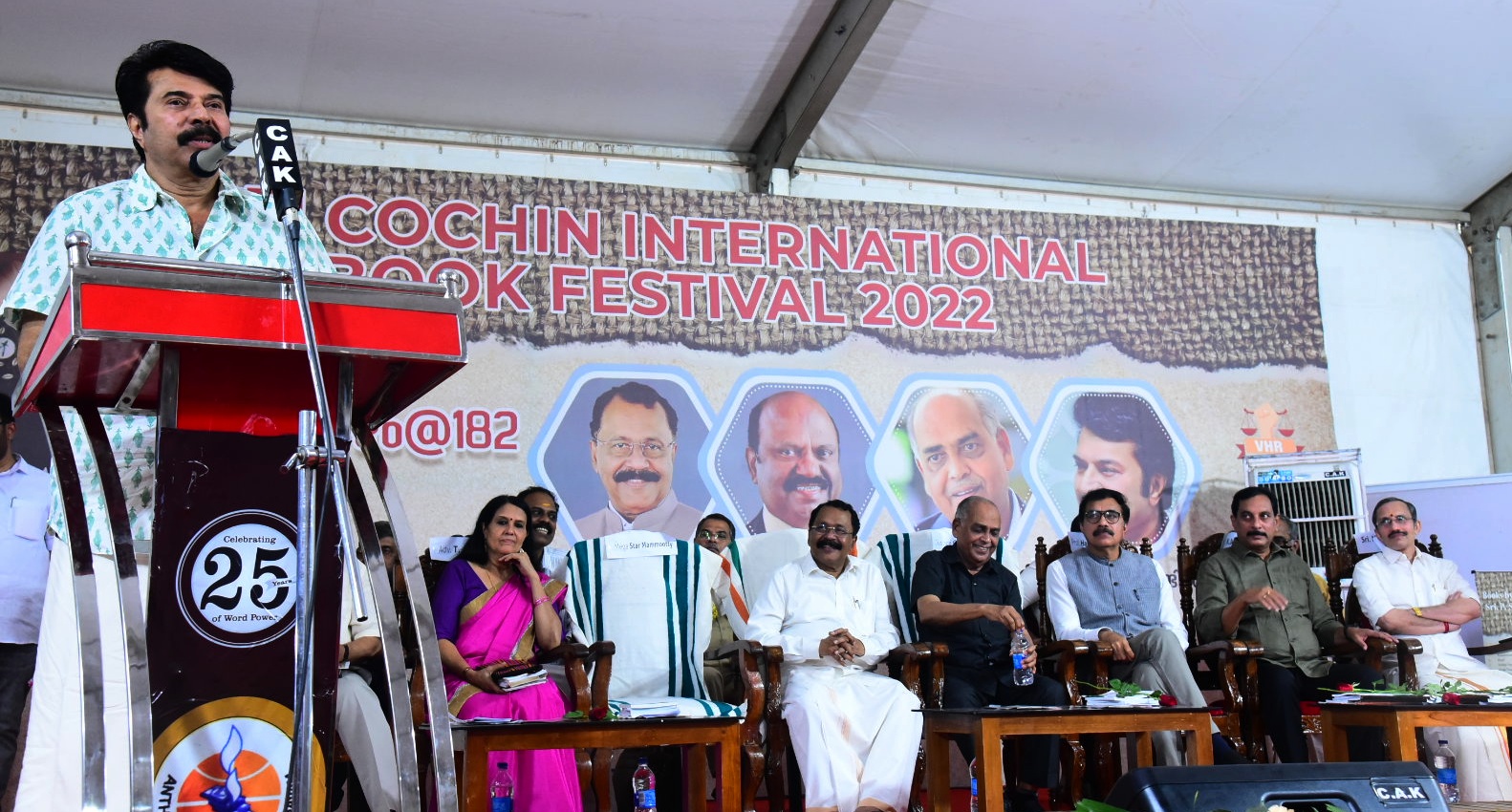 Kochi (VSK). Hon. Governor of Goa P.S. Sreedharan Pillai said in Kochi that we do have a workaholic Prime Minister and that is the strength of our democracy. He added that ‘loose talk’ has no room in Democracy. He was delivering the ’response speech’ in “Ezhuthaazham @ 182” (Depth of Writing @ 182), a programme organised in Kochi International Book Festival (KIBF) in connection with the release of four books authored by him and the celebration of the release of his 182nd book. “Orientation of Education”, “Anthology of Official Address”, “Musings on Social and Economic Issues” and “Kadhayalla Kadhakal” (compilation of Malayalam stories) were released on the occasion by Mega Star Mammootty. Governor said, Pt. Jawaharlal Nehru had opined that ‘leaders are expected to educate the people’. It is very important for the success of democracy.

He said, Rashtriya Swayamsevak Sangh trained him to think rather realistically than emotionally. When the rulers treated a section of the people as second class citizens under the drastic Democracy rule during 1975 – 1977, RSS Sarsanghchalak Balasaheb Deorasji, who was jailed in Yervada Central Prison, called on the workers to protest in Gandhian non-violent style. The same style of protest was adapted when first time Sangh was banned in 1948.

Governor said that he could visit 461 villages in Goa within 15 months. It gave him a chance to learn the problems and issues they do face. National media reported that Goa Raj Bhavan has turned Lok Bhavan.

Governor blasted K. Muraleedharan MP, Congress leader and son of former CM K. Karunakaran for insulting him three times. He was referring to Muraleedharan’s senseless statement that Kerala Governor is always out of state and Goa Governor is always in Kerala. Governor Pillai said, his father was an ordinary farmer and not a chief minister. He believes that people wield the ultimate power and nothing is above that. He added that the very same MP once demanded to imprison him for a reference he made during Shabarimala agitation of 2018. He wonders if this sort of approach of the MP is due to the ‘compensation case’ of Prof. Eachara Warrier. (Prof. Warrier was the father of P. Rajan, the engineering student who was killed in police custody during Emergency. K. Karunakaran had to resign as CM in April 1977, after hardly spending one month in office, in connection with Rajan case). He said, MP should know what happened to the people who earned a lot.

Governor said, he knows the history of the people who were responsible for the tragic death of that young student. The almighty God would not let anyone go scot free. He asked the MP not to utter nonsense for the sake of applause. Opponents are not enemies. He asked the Congress leader to try to find virtues in others. He should cultivate reading habit and practise writing.

Even though the Governor criticised the MP in sharp language, he did not mention his name, not even once. But the audience got the message and they roared their approval with thunderous applause. Governor added that media are not to blame, because, they give what people need. In a democracy, we have to respect political opponents as your friends. No other state ‘enjoys’ this much ‘harvest of hatred’ as Kerala does.

Governor said that for Mahatma ji and Pt. Deendayal Upadhyay, welfare state meant the development of the lowest strata of the population. Deendayal Ji called it ‘Antyodaya’. He could study the conditions of the ordinary people during his traverse in the villages of Goa. About his writing, he said that, he writes because he loves to write.

Mega Star and matinee idol Mamootty said that ‘182nd book’ is an incredible surprise. He said, he takes about two days to complete a letter. Matters taking place in the thoughts develop into writing after intellectual treatment. He said that he is not an intellectual or social worker. But he respects Governor Sreedharan Pillai, thanks to his qualities. Mamootty released the latest four books authored by the Governor. Goa Varsity VC Prof. Harilal B. Menon, P. Sivashankar, K.A. Baijunath and Rajesh Vijayan received the first copies of the books from Mega Star Mamootty.

T. Asaf Ali, said that Sreedharan Pillai is an efficient lawyer, shining politician and a personality with social commitment. He took pro- active steps like a prophet to bring peace to the post-riot Marad. Pillai is a rare sort of lawyer. He was successful in all courts – Magistrate court to Supreme Court.

Novelist Abraham Mathew said that Sri Pillai usually appears to be kind and docile. He is calm and quiet in debates, but the same time he strictly sticks on to his decisions and principles.

Despite versatile as well as heavy responsibilities and tedious professional compulsions, he keeps on writing. That is Sri Pillai’s peculiarity, said Dr. Sreeshailam Unnikrishnan. 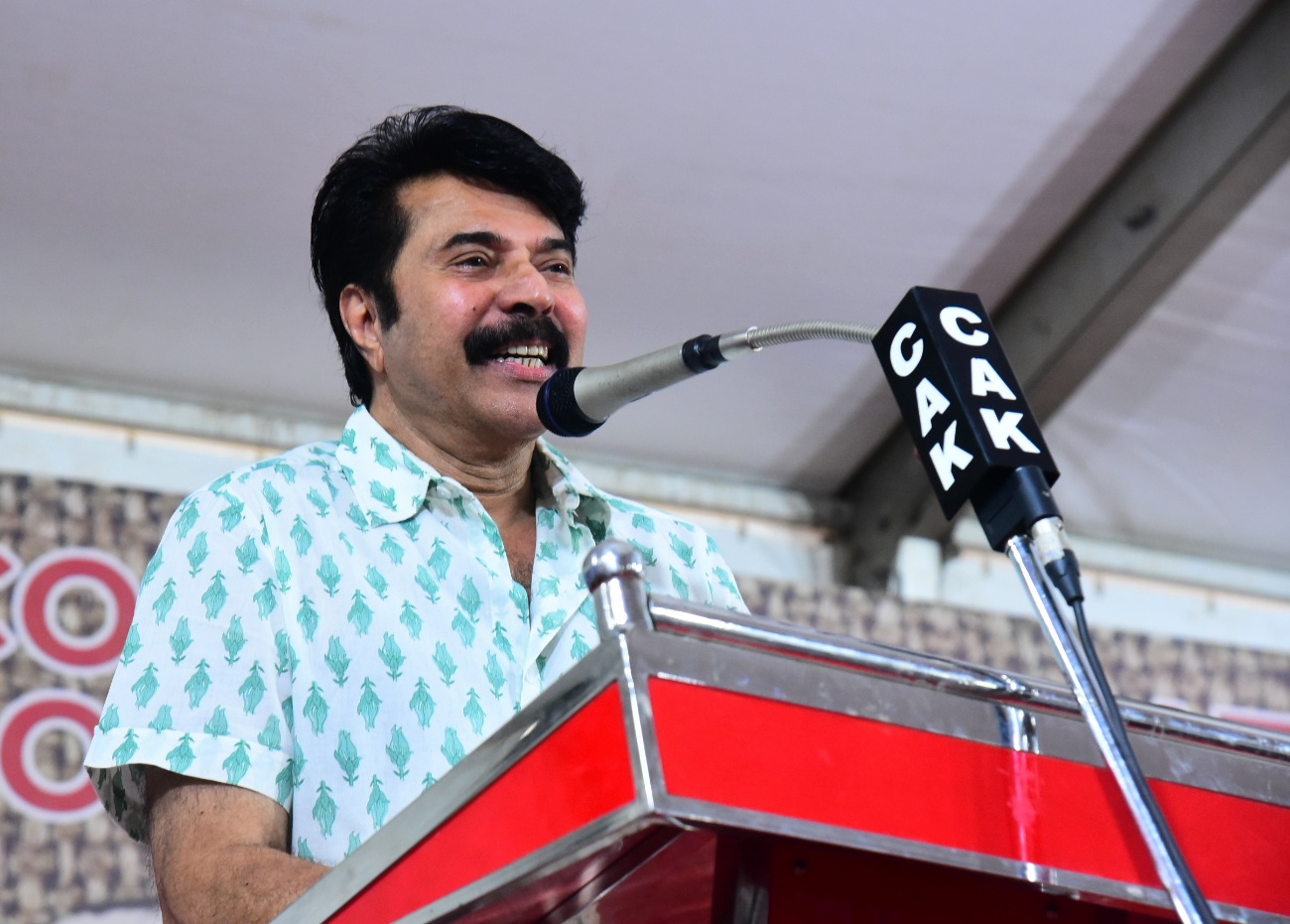 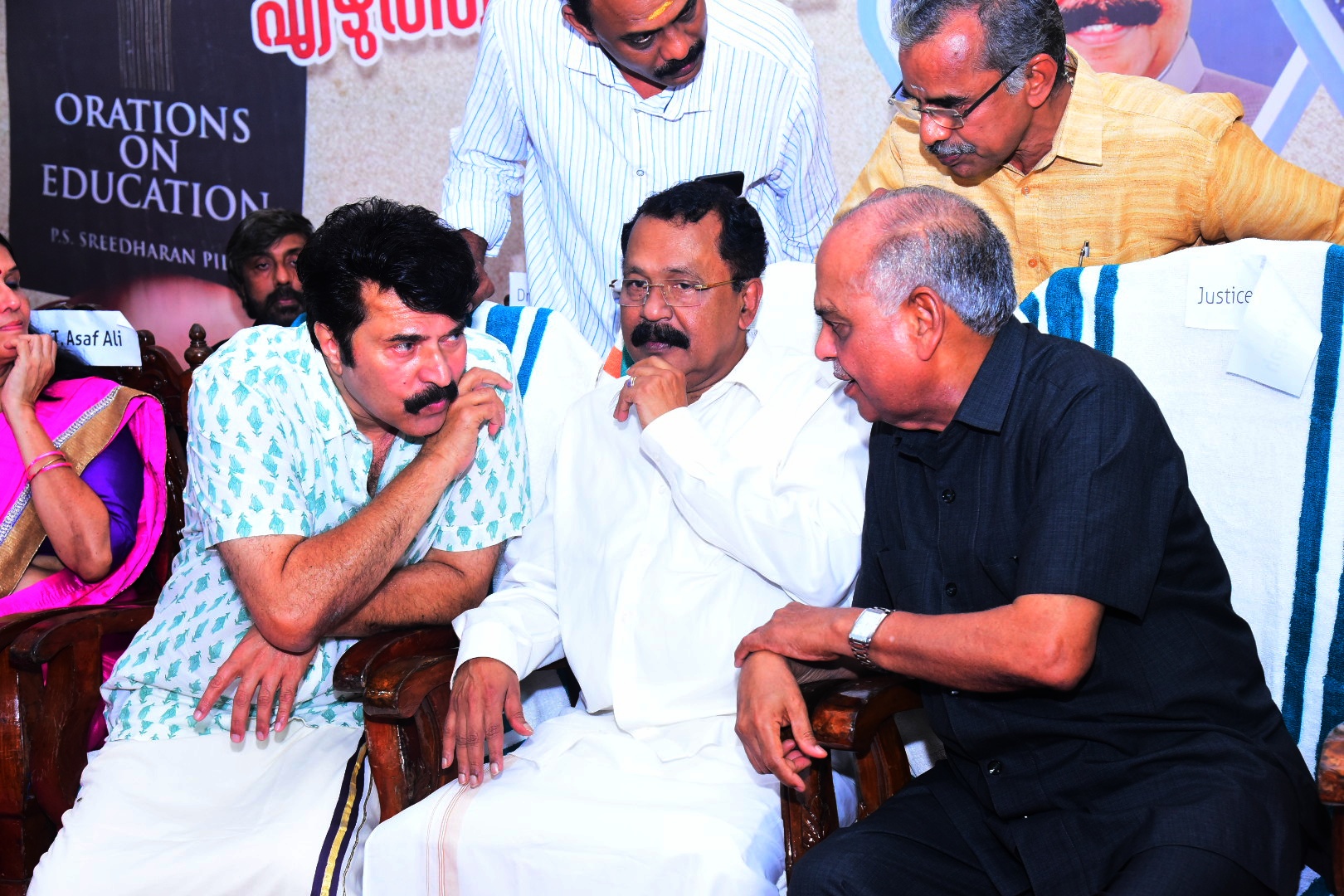 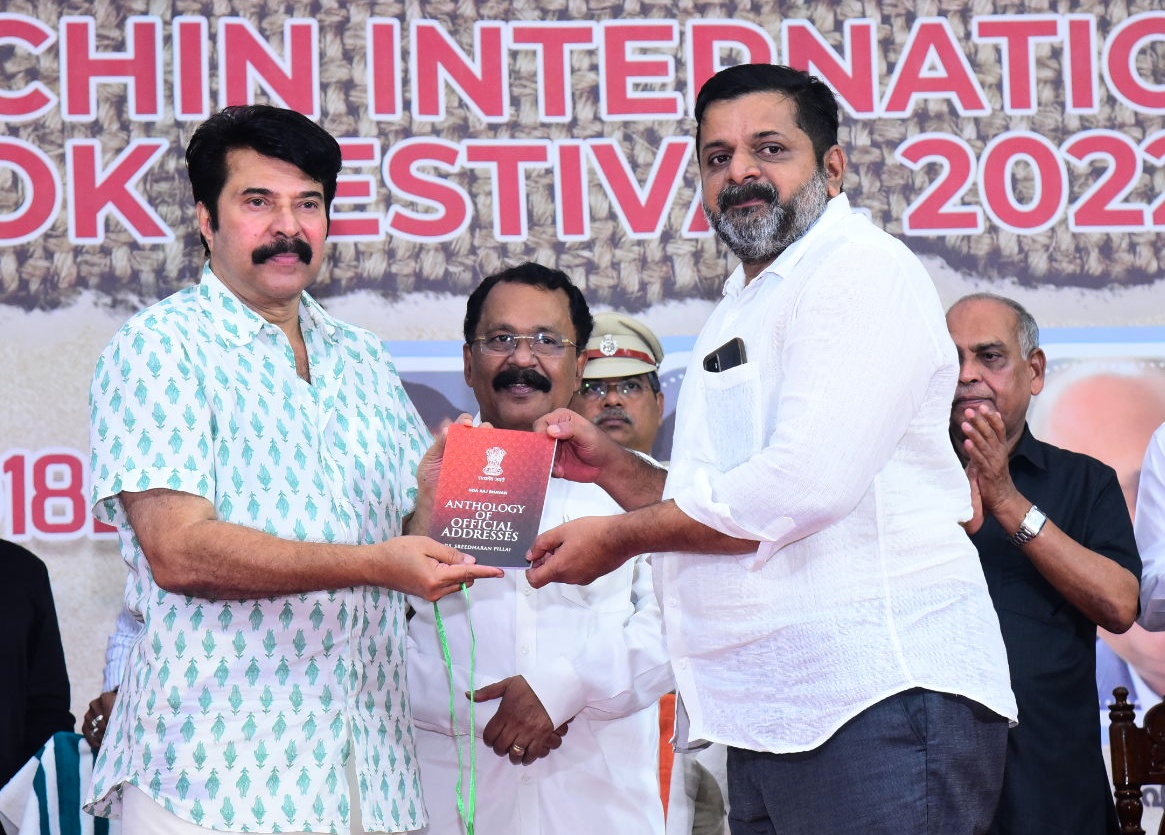