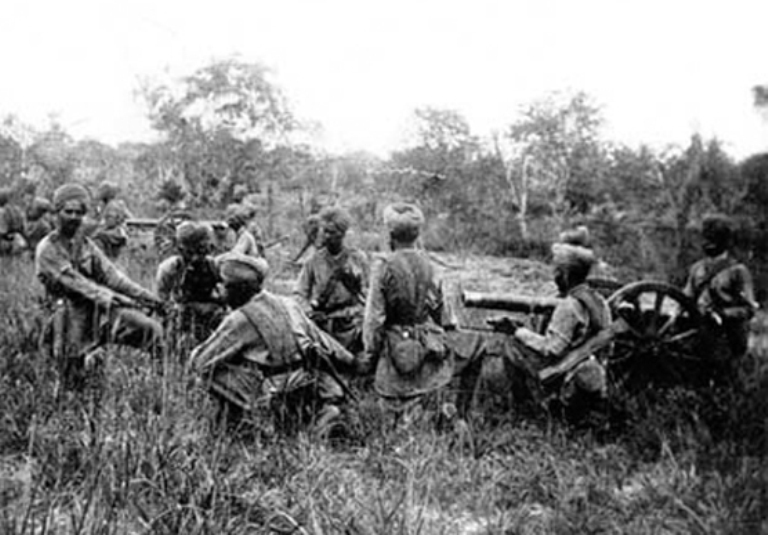 The battles for saving the Kashmir valley had started on October 27 itself, the very first day the Indian troops had landed in Srinagar around 8.30 am. A day earlier, on October 26, 1947, Maharaja Hari Singh had signed the Instrument of Accession to join India. He was in Srinagar when he signed the document and was advised by the Indian government to proceed to Jammu.

The Delhi government had apparently pointed out to him that his possible capture by the tribal raiders would greatly worsen the difficult situation. He drove along with some family members by Banihal Cart (BC) Road in a retinue of cars. In many narratives emanating from Kashmir, it is said in accusatory tones that he abandoned Kashmiris at a critical juncture when the raiders were about to reach Srinagar.

Interestingly, what is not mentioned in these accounts is the fact that Sheikh Mohammad Abdullah also sent his family away from Srinagar to Delhi in October 28.

This omission from the narratives is deliberate meant to paint the last Maharaja in poor light. Simultaneously, the omission of the fact regarding Sheikh’s family helps portray him as lion-hearted. This clearly is a subtle and wilful attempt to justify the sobriquet Sher i Kashmir Sheikh’s supporters bestow on him.

On October 27, the troops were transported to Srinagar in 30 Dakotas, mostly civilian, flying from what is the Safdarjung airport today. Among those who flew some sorties to Srinagar that first day of Indian troop induction into the battlefield was Biju Patnaik. He flew many sorties to Srinagar on a regular basis for days and months on end.

Another person who came into picture at that time was Captain S K Sinha (later Lieutenant General and Governor of J&K). He passed on orders issued by the headquarters to Lieutenant Colonel Dewan Ranjit Rai who was CO of 1 Sikh involved in rehabilitation of refugees in Gurgaon area. It was troops of 1 Sikh who were the first to land at Srinagar. By noon that day, in a matter of less than four hours, Lt Col Rai had sent troops accompanying him towards Baramulla to take on a large horde of attackers which was pressing forwards towards Srinagar.

By 3 pm that day, Lt Col Rai conveyed to Delhi that Baramulla had fallen to raiders and his troops were holding on to a location about five km east of it along with some troops of the state forces. He told Delhi that 1 Sikh needed to be strengthened by induction of more troops, or else it would be virtually impossible to keep the marauders at bay. What delayed the onward march of the raiders was not the Indian troops at that time, but greed of the raiders themselves who engaged in large scale looting of the fallen town. They raped and killed the nurses working in run by missionaries, besides pillaging the houses of Hindus and Sikhs. At that critical juncture, rapes and loot kept the raiders occupied and the objective of moving forward to capture Srinagar was put on hold.

By 11 pm that night, it was conveyed to Lt Col Rai that air strafing would be carried out next day on the positions of the raiders. He was also assured that additional troops were being mobilised for being airlifted to Srinagar. The headquarters said that some troops may be sent by road via Pathankot, Jammu and BC Road.

On October 27, at Jammu, the Maharaja was conveyed a message by a representative of the Delhi government on behalf of Prime Minister Jawaharlal Nehru. Besides two other conditions, he was told that Sheikh Mohammad Abdullah should be taken in the administration and made responsible for it along with the Prime Minister Mehar Chand Mahajan. Mahajan has recorded all this in his book “Looking Back” in considerable detail.

As per plans to provide aerial support to troops of 1 Sikh and small band of state forces, two Tempest fighter aircraft flew from Ambala on October 28 morning and strafed enemy positions. At 4.30 pm, two Spitfires also flew over enemy positions, raining bullets on them, adding to disarray in their ranks. The raiders had no answer to the aerial attacks and many of their vehicles were badly damaged in these attacks. Unfortunately, the 1 Sikh lost their CO that day as Lt Col Rai was felled by snipers.

There were no maintenance or servicing facilities available at Srinagar airport at that time. It was essentially an airport meant for the Maharaja or his rare guests and it was more or less a gravel track which used to serve as a runway. The Dakotas flying into Srinagar carried some reserve fuel and this was taken out in buckets to be poured into the Harvards and Spitfires used for strafing enemy. Years later, this irregular procedure adopted for refuelling the aircraft was found “highly objectionable” by the Audit teams!

On October 30, the total number of men carried from Delhi to Srinagar is mentioned in some accounts as 391. Some other accounts claim that 394 men were transported that day. This small discrepancy between the two figures is attributed to counting of some men on liasion duties being counted as troops inducted into the battle. Just try to imagine how precarious the situation would have been at Srinagar then and how difficult it was for Delhi to spare troops and send them from Delhi to Srinagar for the defence of Kashmir valley.

Lt Col Rai became the first recipient of Mahavir Chakra from the Indian forces. A couple of days before his martyrdom on October 28, Brigadier Rajinder Singh of leading Jammu and Kashmir forces had fallen to the enemy on October 26. He is called the “Saviour of Kashmir” in military accounts for battling the raiders for four days from October 22 to October 26.

The delay caused by his men had given four precious days or else Srinagar could have fallen to the raiders before the Indian troops landed in Srinagar. Brig Singh was also awarded Mahavir Chakra posthumously later. There is a tinge of sadness among veterans of J&K forces that enough is not being said about him in accounts of those days. Major General Goverdhan Singh Jamwal, now 93 years old, was undergoing training at Badami Bagh cantonment in Srinagar at that time. His accounts of the J&K forces are soul stirring and he recounts them to this day to those spending time with him. 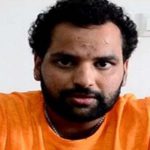