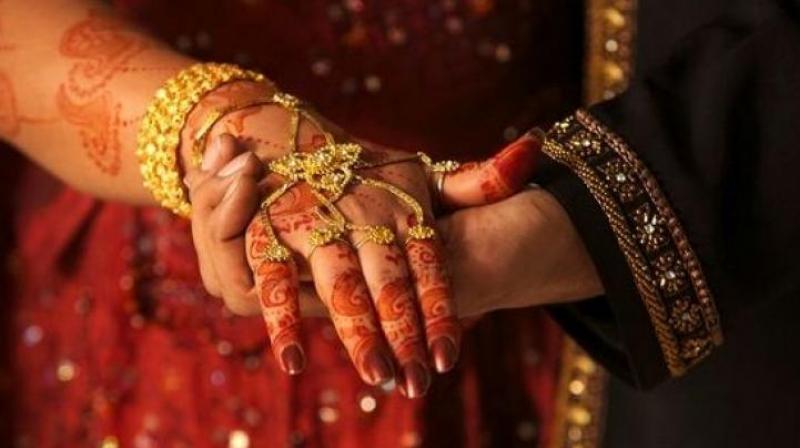 Initially dismissed as a Hindutva bogey, it has become a trans-Hindu, trans-party issue. Some dispute the very existence of Love Jihad. But Love Jihad, if it exists, mixes the most powerful individual human urge, love, at one end, and the equally powerful human collective emotion, religion, at the other. The consequences of the dangerous mix, which tears apart families and polarises communities, can be deadly and explosive. Whether high-risk Love Jihad exists, and if it does, how different it is from normal love marriage of Muslim men with non-Muslim women, are critical for secular India.

The result – It has become an issue between Muslims and others, including Christians and Buddhists. Some say Love Jihad is Islamophobic. But the religionists affected by it insist it is not. Directed by the Supreme Court, the National Investigation Agency (NIA) probed 94 cases of love marriages between Muslim men and non-Muslim women and suspected 23 of being instances of Love Jihad.

It is no more easy to dismiss the issue of Love Jihad. But what is Love Jihad? Love is easily understood. Jihad associated with love is not, given its link with Islamic war. The truth is that Jihad includes war but it is not limited to it. Jihad means any effort to promote Islam. Can love (marriage) be integral to promoting Islam? Neutral and Islamic sources say ‘yes, it can be and is’.

Loving for religion
Studies, including Islamic ones, show how love marriage has played, and continues to play, a significant part in expanding Islam. In a paper titled “Demographic Islamization : Non-Muslims in Muslim Countries”, Philippe Fargues explains how Islamic nations have been Islamising through love and marriage. Fargues concludes: “Love was now playing the same role in the continuing process of Islamization that coercion played in the remote past.” (In Paul H. Nitze School of Advanced International Studies [SAIS] Review, Johns Hopkins University).

In his seminal paper titled “How Islam Spread Throughout the World”, Hassam Munir counters the view that Islam spread only through the sword. Munir’s paper appears on the site of Yaqeen Institute, whose philosophy and agenda are designed to counter Islamophobia and its negative impact on the community. Munir says that domestically and internationally, inter-religious marriage was one of the four methods by which Islam spread. Munir writes – “Intermarriage between Muslims and non-Muslims has been historically important for the spread of Islam in many contexts. This is an area of research that only recently has begun to receive attention, as most converts to Islam via this process were women.”

Munir lists the countries to which Islam spread through love. Conversion through intermarriage was important to establishing the early Muslim community in Spain; the early modern Ottoman Empire also offers many examples of intermarriage involving conversion; in British-ruled India, several Dalit women converted to Islam as part of intermarriage with Muslims, writes Munir. He adds that “intermarriage has continued to play an important role in conversion to Islam in more recent times” and gives examples.

Philippe Fargues’ view that, in contemporary times, love has substituted coercion in spreading Islam is affirmed by Munir. In tune with Fargues, Munir gives historical testimonies to show how marriage was the foundation of conversion of not just individuals but countries to Islam. Aligning with both, Christian C Sahner, in his book titled Christian Martyrs under Islam: Religious violence and the making of the Muslim World (Princeton University Press), says, “Islam spread through the Christian world via the bedroom.” The love of Muslim men for non-Muslim women seems loaded with religious drive. Undeniably, intermarriage of Muslim men with non-Muslim women has been integral to the religious agenda – a.k.a. Jihad – to spread Islam.

Given the background of Islamic history, the term “Love Jihad” coined in Kerala in 2009 does not appear inappropriate to the cases of loving and marrying for religion that came out in the state. The idiom gained recognition when the Kerala High Court asked the police to investigate the intermarriages of Muslims with non-Muslim women. Initial attempts to dismiss Love Jihad as just a campaign of Hindutva groups received a setback when the Christian Association for Social Action alleged Love Jihad against Christian women.

The Union of Catholic Asian News (13.10.2009) headlined the report on loving for religion in Kerala as “India: Church, state concerned about ‘Love Jihad’”. The Karnataka government too began viewing Love Jihad as serious. In 2010, the Kerala Chief Minister V S Achuthanandan, belonging to the CPM, said the Popular Front of India had plans to Islamise Kerala in 20 years using “money and marriages” (Times of India, 26.7.2020), again mainstreaming the debate. Oommen Chandy’s data (2012) on intermarriage of Muslims with other communities also rekindled the Love Jihad debate in Kerala.

Christians, Congress and the CPM have varyingly emphasised the issue. In 2017, the Kerala High Court directed the DGP Kerala to investigate the cases of Love Jihad. Later, the NIA reported on the existence of Love Jihad cases. In 2019, the Kerala Minority Commission Vice-Chairman wrote to the Union Home Minister Amit Shah on the organised conversion of Christian women not just into Islam, but into terrorism, adding “love jihad is on”.

In 2020, the Syro-Malabar Church expressed concern over rising Love Jihad cases. The idiom coined in Kerala has since gone global. Buddhists in Burma and Thailand say that Love Jihad is a tool for Islamisation and mixed marriages, which are means of conversion, are a danger to the very survival of Buddhism. (Buddhist Islamophobia: Actors, Tropes, Contexts)

A solution for this volcanic issue calls for a paradigm shift in thinking. The world is changing course to the detriment of the founding ideas of the 20th century. The perceived death of organised religions is now an outdated wish. The new reality is that religion is emerging as a powerful actor. The contemporary liberals may recall what Max Weber, their icon, had said in 1918. He had theorised that science, which would erode away religion and superstition and demystify the world enchanted by both, would not be able to answer all questions of values and morality. He foresaw the inadequacy in science and religion leading to a fundamental impasse in the modern world.

Even though Weber had thought that any return to old-style religion was an inferior solution, a full hundred years after him, what he feared seems to be coming true. The world is stunningly religious. The religious population is projected to grow by 2.3 billion in 2050, and the unaffiliated by just 0.1 billion! While 1 in 5 were irreligious in the 1970s, it will be around 1 in 7 in 2050-showing a decline in the percentage of irreligious people.

Citing this, the World Economic Forum says: “Reports of the death of organised religion have been exaggerated. According to recent research, the growth of religious populations worldwide is projected to be 23 times larger than the growth of the irreligious between 2010 and 2050.” Samuel Huntington’s thesis of clash of civilisations and Harvard University Pluralism Project 1995, to cite two important developments, are founded on the rebounding of religion.

In a world where religiosity is rising and Weberianism is diminishing, the contemporary liberal ideas seem outdated and incapable of handling dangerous issues like loving for religion. A different idea more appropriate than contemporary liberalism, a product of rising irreligiosity in the past, is to be found. The emerging situation calls for an honest, open and bold debate. Will the distorted Indian secularism allow it is the moot question.

Editor, Thuglak, and commentator on economic and political affairs

One thought on “Love marriage vs Love Jihad” 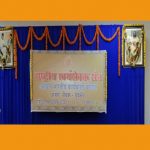