In a shocking incident, Chafiyar Rahman, 33yr, a native of Manikpur Lumor in Bongaigaon district of Assam, killed his wife suspecting she is having affair with another man. His wife, Husnara Begum, 28, was killed on March 8. The couple were staying in Kerala’s Malappuram.

Chafiyar Rahman was nabbed by a special investigation team from Arunachal Pradesh, district police chief S.K. Sujit Das said in a press conference. He was found hiding in a hideout in the Rui district bordering China.

They have been living in rented quarters in Elachola for six months. Recent calls to his wife’s phone calls caused more suspicion. As per the report, he had a quarrel with his wife about this at eight o’clock at night. Police said his wife was strangled when the children were asleep.

The body was covered with a blanket. The next morning he turned off his mobile phone and fled home with the children. The children were told that the mother was asleep and would come back later.

The accused was produced before the Perinthalmanna Judicial 1st Class Magistrate Court and remanded. 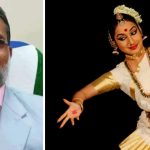