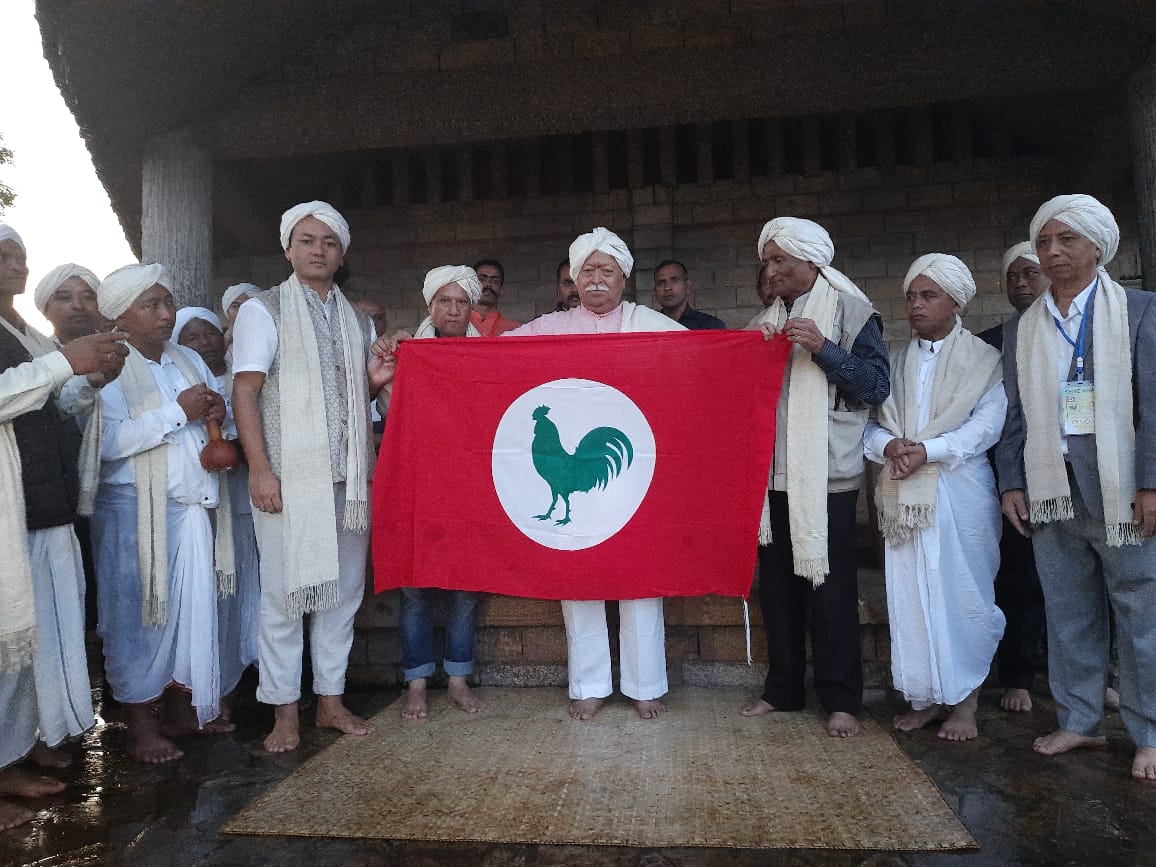 Shillong. In the final leg of RSS Sarsanghchalak Dr. Mohan Bhagwat ji’s two- day visit to Meghalaya, he joined the Seng Khasi for a prayer at the sanctum sanctorum of the sacred peak, U Lum Sohpetbneng (Navel of the Universe), for the well-being, growth and prosperity of ‘Ka Mei Ri India’ (Bharat Mata) and all her citizens. 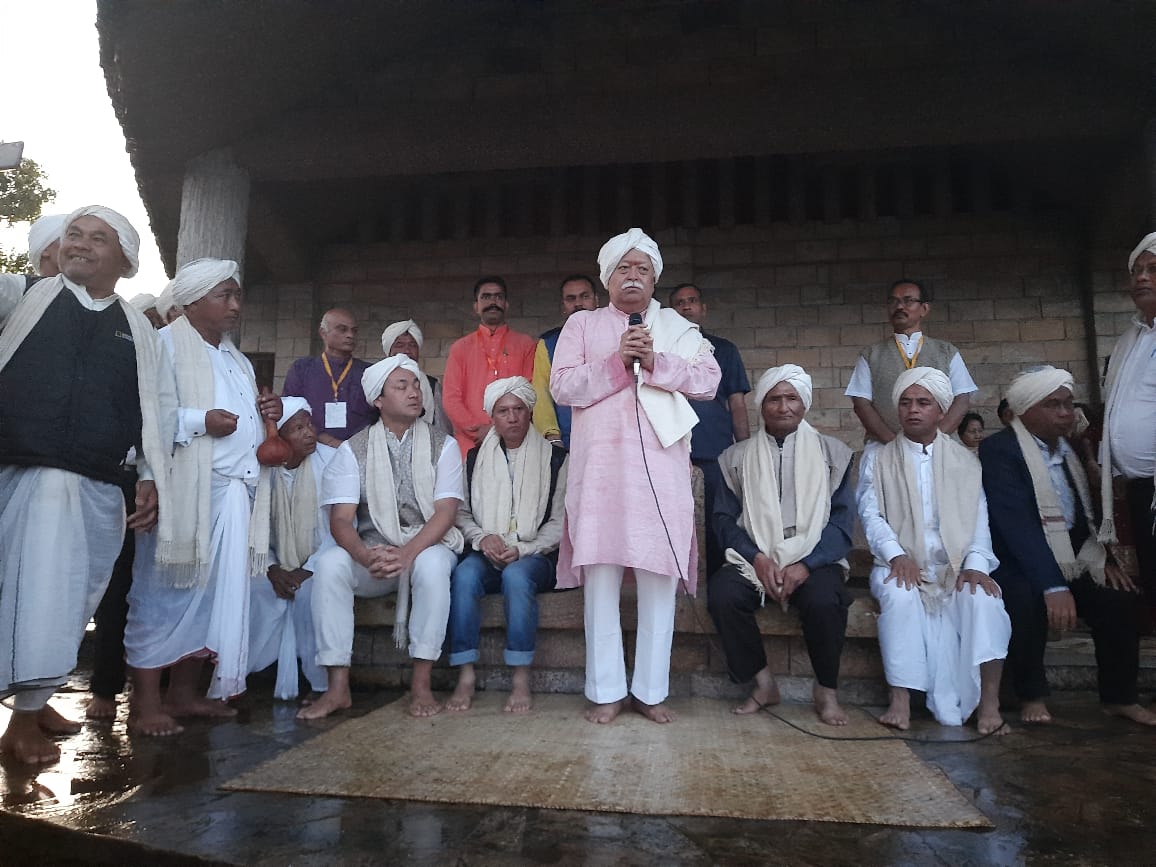 The prayer was offered by the head priest of Seng Khasi, Skor Jala, and culminated in rituals unique to the indigenous faith, Niam Khasi, which Sarsanghchalak Ji, President of Seng Khasi Kmie and the Dolloi of Jowai took part in. Sanctified rice was distributed and the RSS chief ended the short but solemn occasion by planting a sapling within the sacred precints.

Seng Khasi is a socio-cultural and religious organisation formed on 23rd November 1899 by sixteen young khasi men to protect, preserve and promote the indigenous way of life and religion of the Khasis. It was 123 years later that the Seng Khasi has grown to more than 300 branches across the Khasi Hills and continues to endeavour in its cause in bringing pride to the people by strengthening their roots and identity.

In his speech Dr. Mohan Bhagwat Ji expressed his profound gratitude at having experienced today’s ‘darshan’ and said he would carry forward the sacred message in the whole country of U Lum Sohpetbneng, that the golden bridge that connects Man and God now lives within a golden heart.

The summit of U Lum Sohpetbneng is believed to be the spot where a golden bridge connected Man to the heavens. It is believed that sixteen families traversed between the two worlds until seven remained on earth forever to take care of Mother Earth and to earn righteousness and propagate Truth. This sacred origin point is where today’s historic event, showing the true richness of India.

Sarsanghchalak Ji ended his two day long busy schedule at this holy place and left for Guwahati for further deliberations. 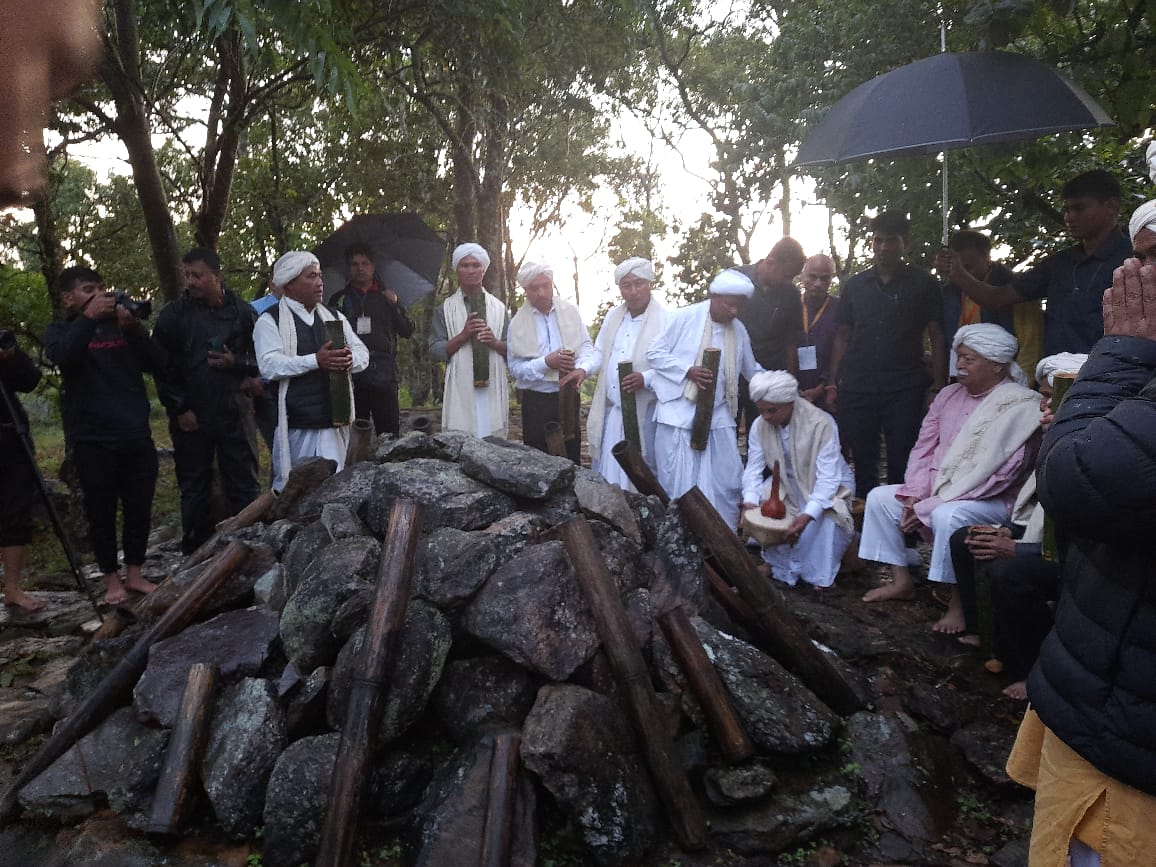 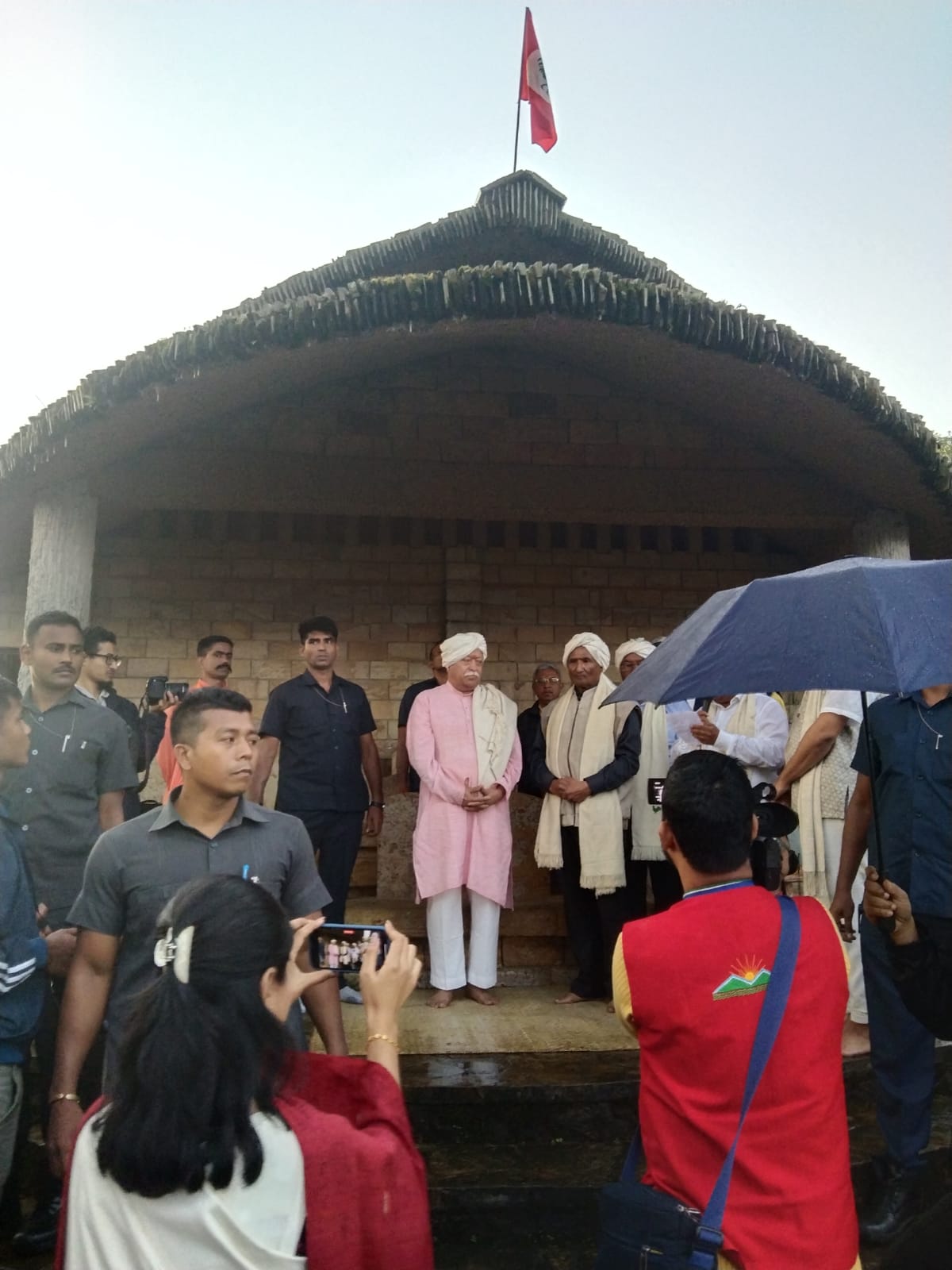 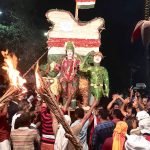