Dhaka. On 1st of December, 2014 at about 7 p.m. while a Meeting for “Baisnav Shava” was going on more than 40 to 45 perpetrators belonging to Muslims armed with deadly weapon attacked Hindu families at Khanzapur Union of Gournadi Upazila of Barisal District, desecrated their “Durga Temple”  and demolished two houses belonging to Hindus, assaulted  14 Hindus causing severe injuries.

The incident of attack originated due to construction works for School was going on before 4 days ago, but the Hindus complain that due to construction materials were below standard and construction works done by Laskar Meah –are not sustainable and not in conformity with the good quality.  Hindus demanded good quality construction materials and as a result Mohammad Shah Alam arranged 40-50 workers, instigated them to attack Hindus Area of Donarkandi village. As a result  a Durga temple and two houses of the Minority Hindus have been destroyed.

Bangladesh Minority Watch immediately communicated with Officer in Charge of Gournadi Police station over phone who admitted the incident and a case No.1 dated 01.12.2014 under section 143/447/448/323/380/295/427/506 of penal code has been started against 15 persons. The officer in charge also informed to BDMW that four perpetrators had been arrested namely Saiful, Tipu sultan, Harun and Kamrul . More arrests are reported to be made after wards.

Bangladesh Minority Watch is also worried about continuous attacks on minority communities and demand deterrent punishment of the perpetrators responsible for physical attack, desecration of Hindu Goddess and assaulting women and children. 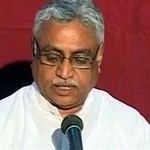