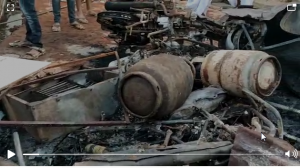 In a case of deliberate, largscale violence, a Muslim mob attacked members of the Hindu community and looted and burnt their property in Bhainsa town of Nirmal district, Telangana, on Sunday.

As the Muslim mobs went on a rampage, 13 houses belonging to Hindus, and 26 vehicles were burnt and properties were looted. The mob also pelted stones at police who rushed to the spot.

The trouble began when a Muslim youth was admonished by elders for his rash driving and for using abusive language against the residents of Korba street, Bhainsa town, according to local people. 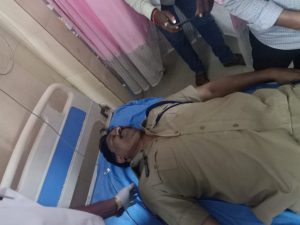 Keeping this in mind, the Muslim youth returned with a mob of around 400-500 Muslims after 9 pm, and started violence by burning parked two wheelers and pelting stones on residents. The mob also cut the water pipes of fire engines which rushed to the spot to extinguish the rapidly spreading fire.

It has been reported by locals that the mob has exclusively targeted houses belonging to members of Hindu Vahini organisation and went on a rampage with criminal intent.

In this violence, eight police personnel were also injured. As per the latest reports, section 144 is imposed. The internet and phone services are not working. 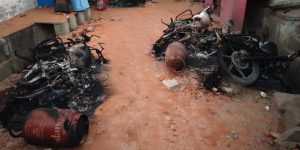