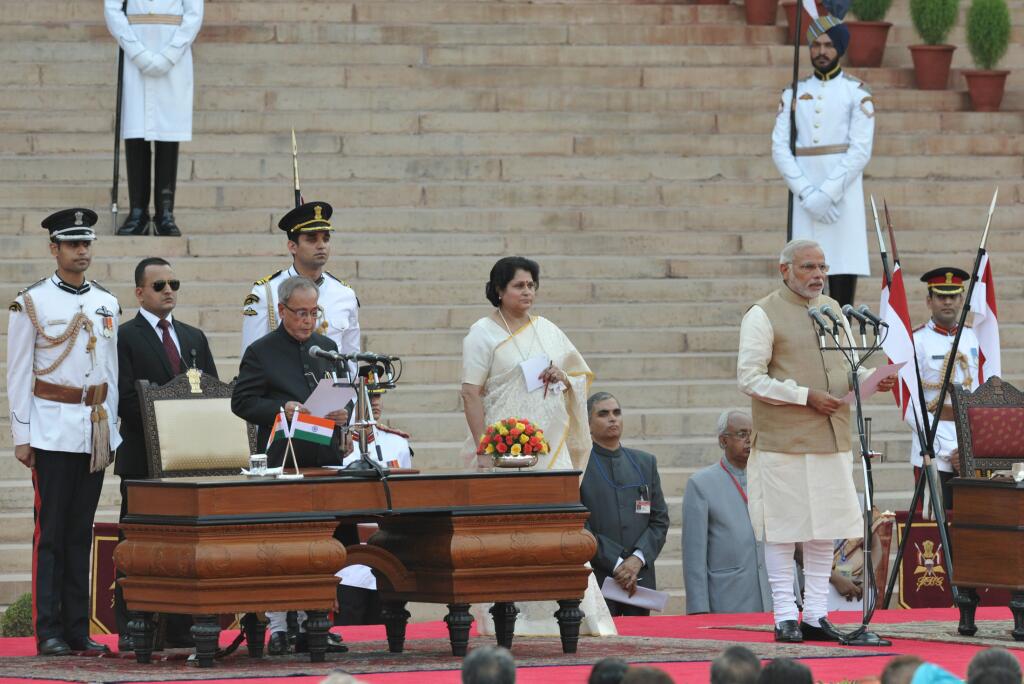 New Delhi. Setting a history in Indian democracy,  Narendra Modi sworn in as Prime Minister of India, being the second RSS Swayamsevak to reach the post after Atal Bihari Vajapeyee. Narendra Damodardas Modi, 63, today took the oath as the 15th Prime Minister of India at the biggest-ever swearing-in ceremony at Rashtrapati Bhavan. President Pranab Mukherjee chaired the oath taking ceremony.

A total of 45 ministers including 24 cabinet ministers, 11 Ministers of State, 10 Ministers with Independent Charge took oath and sworn in as ministers, will be part of Modi’s govt, during the ceremony.

It has been a prolific rise for a man who joined the Rashtriya Swayamsevak Sangh (RSS) in 1971 as a pracharak and went on to be elected as the Chief Minister of Gujarat for four consecutive times. After leading the Bharatiya Janata Party (BJP) to a stunning mandate in the recent Lok Sabha polls by winning over 280 seats, Modi will now be the Prime Minister of India’s for the next 5 years.

Team Modi and their portfolios:

Narendra Modi – Prime Minister, Personnel, Public Grievances and Pensions, Department of Atomic Energy Department of Space, All important policy issues and all other portfolios not allocated to any Minister 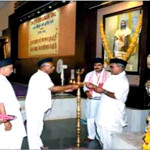 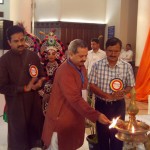