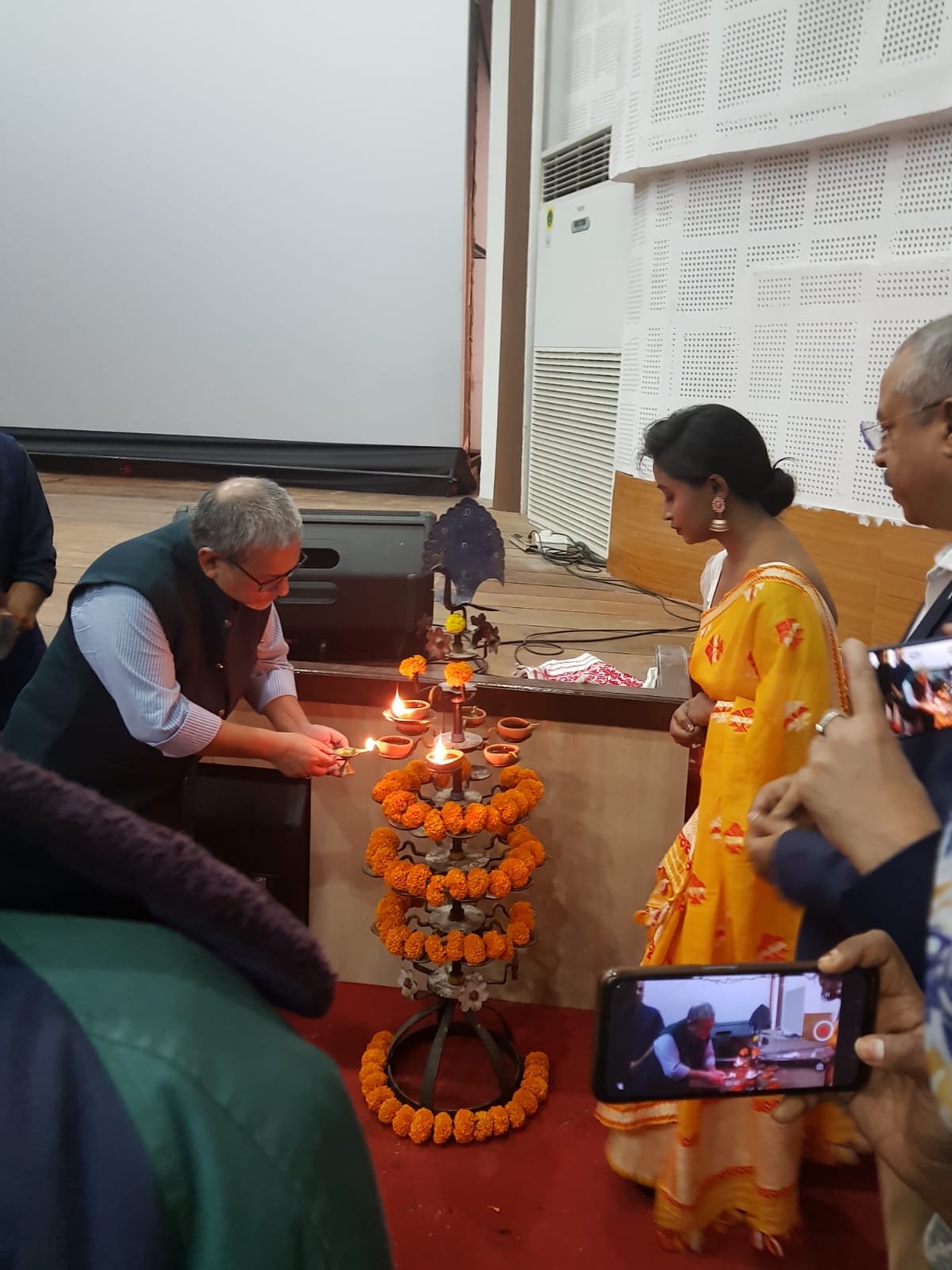 Guwahati. The National Film Festival is being celebrated every year under the initiative of Chalachitram, a subsidiary of the VSK Assam. The 2022 National Film Festival began with the lighting of a lamp at the auditorium of Jyoti Chitraban. Renowned director Aditya Patwardhan and actress Kankana Chakraborty started the event by lighting the lamp.

After that, the screening of the film started. Srimanta Sankardev Kalakshetra President Jeetul Sonowal and other dignitaries like Bhupen Kaman, Banalata Baishya, Namrata Dutta etc. were present at the inauguration ceremony. In another event in the afternoon, the English book ‘Literature and Film from Mute to Motion’ written by Dr. Deepshikha Bhagwati was released.

The short film ‘By Lane Two’ based on his life was screened to coincide with the memorial-day of Pavitra Deka.

Ranjan Ghosh’s Bengali film ‘Mahishasuramardini’ was screened in the afternoon Veteran film critic Apurba Sharma congratulated him at the beginning of the screening Director Shri Ghosh felicitated Apurba Sharma. On the other hand, the screening of the film will start from 11 o’clock in the morning on January 6, Chairman Utpal Dutta and Secretary Bhagavata Pritam said in a press release. ‘A Nomad River’ will be screened in the afternoon. It is to be noted that Sadguru took part in this film and grabbed the headlines, the President and Secretary of Chalachitram also informed in a press release. 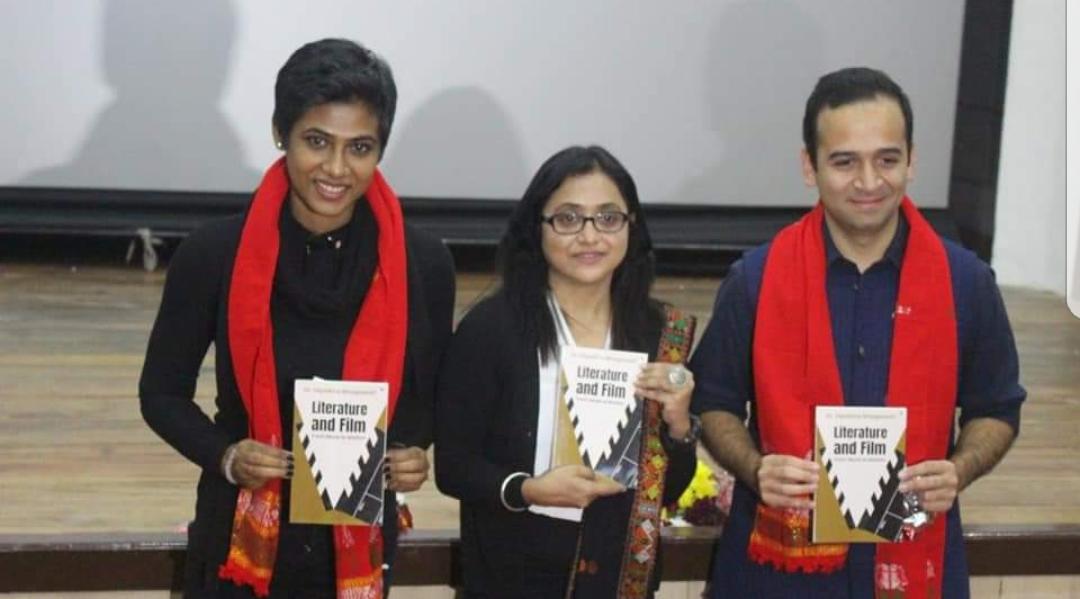 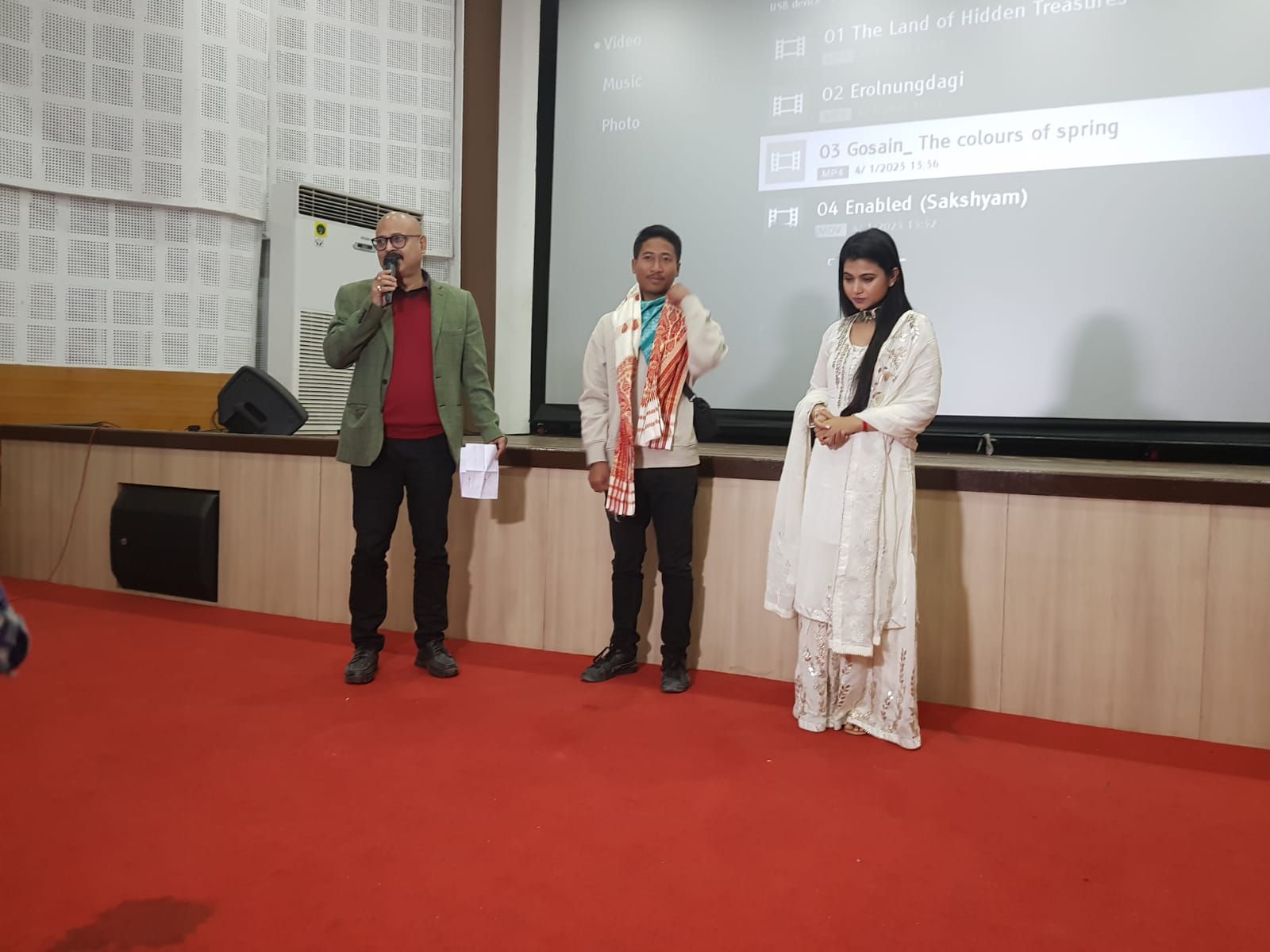 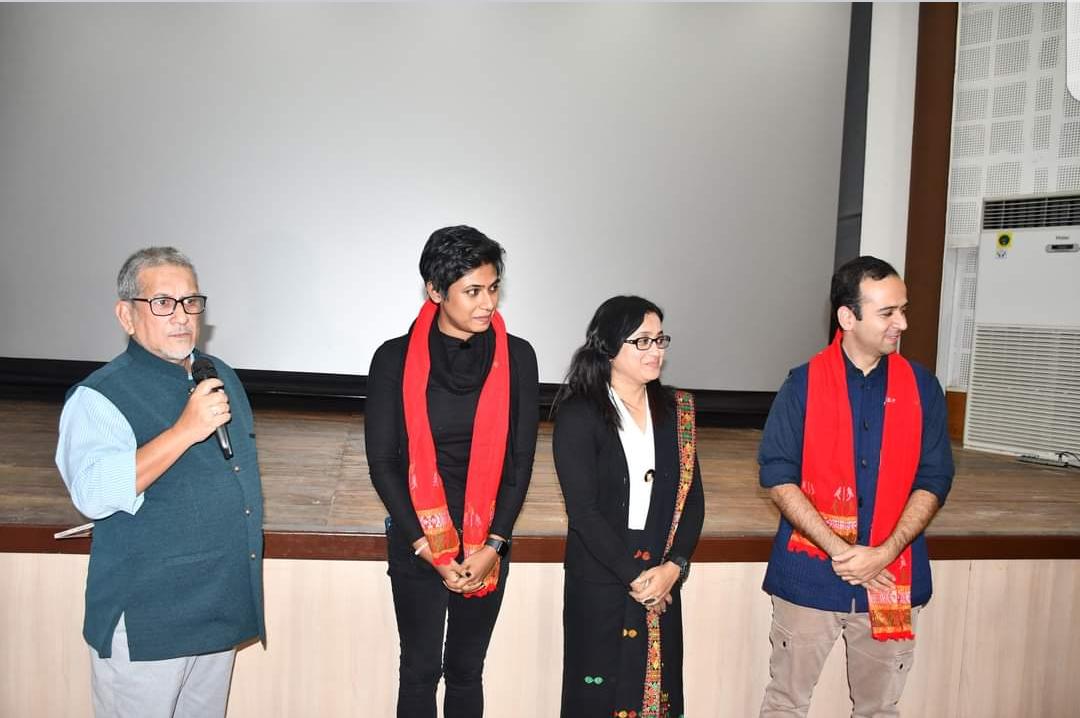 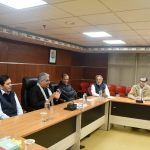