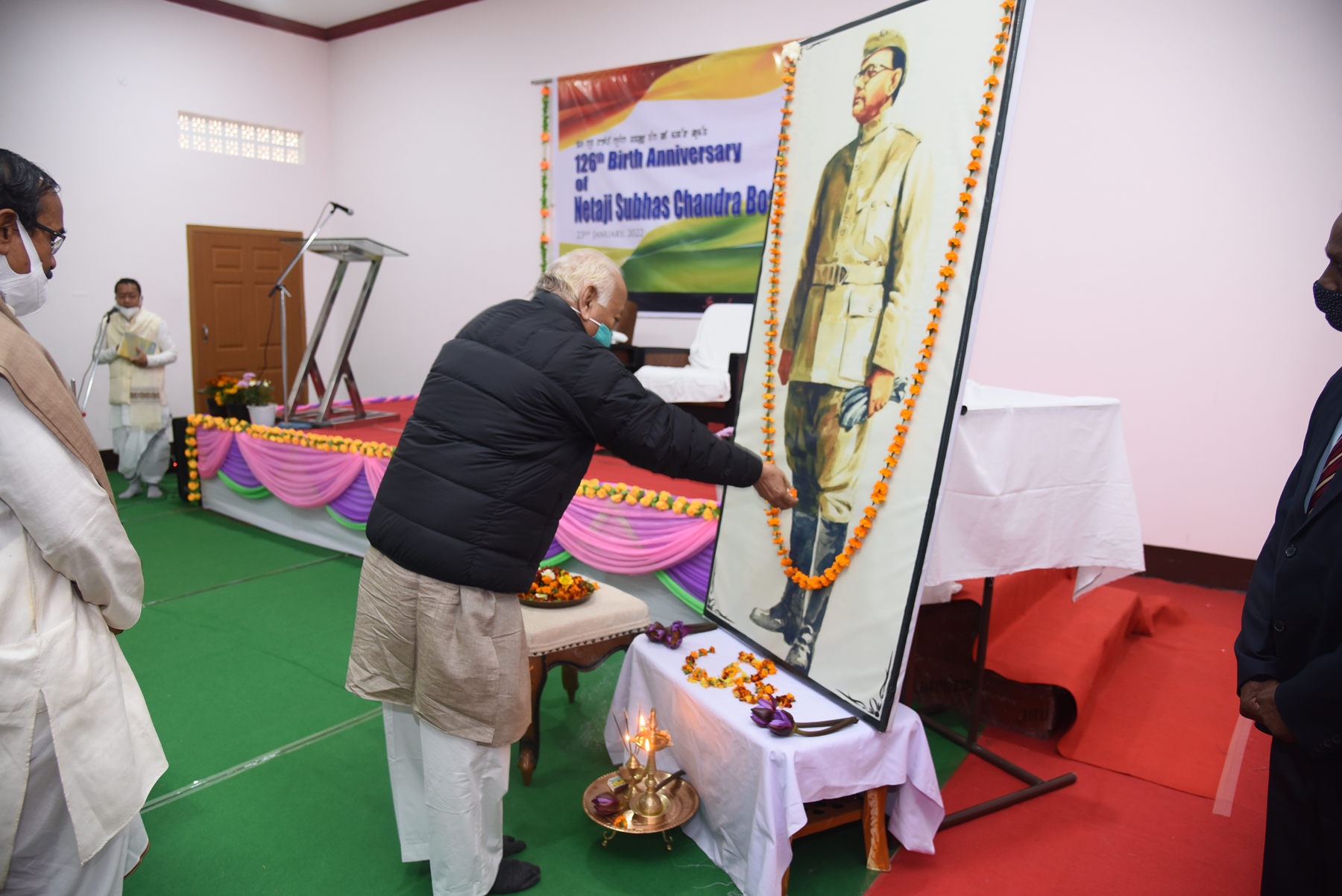 Bharat’s time has arrived now and it shall lead the world in coming days. Our country cherishes about many heroes and also celebrate many unsung heroes who died building a society India dreamt for. As Rabindranath Tagore has put it up, “Where the mind is without fear and the head is held high.”

We will talk about two heroes who determined the fate and course of our nation with their sheer will and attitude. Netaji, a common name on our minds even today and RSS which started as an organisation and is shaping up our society for better in each and every corner of India.

While Netaji had his own charm and mesmerised his followers with his words and actions, RSS believed in the intrinsic capacities of human beings and brought volunteers together to create a just and peaceful society.

Both Netaji and RSS have defined the course of Indian nationalist in their own ways and made ever lasting impact. We must celebrate and remember the inspirational stories of Netaji and RSS’s focused and organised people.

Subhash Chandra Bose – popularly known as Netaji and Doctor Hedgewar – popularly known as Doctorji began their public lives as activists of the Indian National Congress and rose through the ranks in no time. Netaji emerged as the most popular leader of the Congress and became a towering figure in the party, next to Gandhiji. Dr. Hedgewar in his early 30s became the Secretary of Vidarbha Congress Committee. Gandhiji turning eyes from the dynasts and the Congress heading towards the appeasement politics compelled both of them to leave Congress and work for the organisation of the society.

The greats had a deep association with Bengal. Netaji was a Bengali by birth, Dr. Hedgewar went to study medicine and took Doctor’s degree from the National Medical College, Calcutta and passed out in June 1914. Dr. Hedgewar chose Calcutta to carry his studies as the city was the hub of nationalist revolutionaries. He soon got associated with the freedom movement. He was given the secret name ‘Cocaine’ and soon became a prominent face in the fraternity of revolutionaries.

The roots of Indian National Army and that of the RSS lie in Congress. Founded by Ras Behari Bose, the charge of the INA was handed over to Netaji and Dr. Hedgewar left congress due to appeasement on issues like the Khilafat movement and turning eyes from Mopla or Malabar riots where thousands of Hindus were butchered by the Khilafat supporters. In 1925, Dr. Hedgewar founded the RSS with young boys in Nagpur with the belief that not the organisation of the society, but organisation within the society would make the country independent and self-reliant. Both the stalwarts believed that a disciplined organisation filled with nationalist outlook could only be the way to independence. Thus, they lead the Indian National Army and the Rashtriya Swayamsevak Sangh and were joined by thousands of fearless members dedicated to the service of the motherland.

Netaji had the first-hand experience of the RSS, through the window of a train, which he was travelling in. While passing through Maharashtra, he saw the swayamsevaks in uniform parading in the route march. On enquiring about the organisation from which the swayamsevaks belonged, he discovered that the organisation was Rashtriya Swayamsevak Sangh and its founder it was none other than his colleague from the Congress party, Dr. Hedgewar. He was overwhelmed to observe the discipline and the communion with which the swayamsevaks were marching and found it similar to the faujis of the Indian National Army. He expressed the desire to meet Dr. Hedgewar and met him in June of 1940 in Nagpur. Historians argue that Netaji wanted to meet him regarding “an issue of national importance”. Another group of scholars argue that Netaji was planning to forge an alliance of the INA and the RSS for joint efforts in the freedom struggle. However, Dr. Hedgewar was seriously ill and was unable to speak. Netaji decided not to disturb him much and they hardly exchanged words. Unfortunately, Dr. Hedgewar passed away in the same week in which the two great leaders could meet to talk about the “issue of national importance”.

Delhi RSS office has a painting of this meeting, where both were together but could not speak, hung on the wall as a mark of remembrance.

The Indian National Army and the Rashtriya Swayamsevak Sangh were the organisations with possibly most dedicated volunteers dedicated to the ideas of patriotism. The INA and the RSS had similar paths and principles. Both the organisations had much more similar organisational structure. However, RSS had also a social structure based on geography and population at various level. Both had dynamic leadership and believed that a physical training along with strong mental vigour was necessary to strengthen India. The organisations involved tough physical training of their volunteers, however, the degree varied.

A fauji of the Azad Hind Fauz and a Pracharak of the RSS followed similar paths and used to dedicate their entire life in service of the motherland, leaving behind pleasures of life, emotions, career and the entire family. With instant orders from the organisations, they were ready to do and die for the nation.

The INA had the “Rani Jhansi Regiment” of women soldiers and the RSS had the “Rashtra Sevika Samiti” of women volunteers. The faith of the two organisations in India’s women power were expressed through these wings and were possibly the most forward organisations of the times.

The INA and the RSS included music as an integral part of the training. Both the organisations had their own full-fledged bands existing at all organisational levels. During training, the volunteers used to parade glory and pride with thumps of drums. The RSS had the organisational prayer of Prarthana, “Namaste Sada Vatsale Matrubhume”, in which the volunteers prayed from Bharatmata and requested her to fill them with all every quality required to serve her. At the end of the prayer, swayamsevaks hailed the motherland with “Bharatmata ki Jai”. The soldiers of the Indian National army hailed the motherland with their official slogan “Jai Hind”, during training and while greeting each other. The official song of the army, ‘Qadam Qadam Badhaye Jaa’, still gives goosebumps to many. Written by Pt. Vanshidhar Shukla and composed by Ram Singh Thakuri, it was banned in India after World War II as “seditious”. The INA took the “Subh Sukh Chain” as their national anthem or Qaumi Tarana of the Provisional Government of Free India. The song was the Hindi version of Jana Gana Mana, which was later adopted as India’s National Anthem.

RSS and Disappearance of Bose

Many believe that Netaji Subhash Chandra Bose lived incognito in UP after India’s independence until his death on September 16, 1985. These questions seem to have been the plank on which rested an investigation into, there are several unearthed mysteries revolving around the identity of the Baba.

The identity of Gumnami Baba continues to remain a mystery… And sources in the police said they were investigating whether it was KD Upadhyay (known as Kaptan Baba) who was hiding in the guise of Netaji. The government, however, has not made any formal announcement in this regard”, said a report in the Lucknow edition of newspaper Amrit Prabhat on November 8, 1985.

A letter from MS Golwalkar, the second sarsanghchalak of the RSS to Gumnami Baba was found among the retrieved artefacts belonging to the Baba in March, 2016. The letter was retrieved in sequence to shift Gumnami Baba’s belongings to a museum in Ayodhya on the direction of Lucknow bench of Allahabad High Court.

Dated September 16, 1972, the hand-written letter with Golwalkar’s signature was among the many letters, telegrams, money order receipts and other items retrieved in Faizabad’s district treasury on March 9. Golwalkar’s letter says, “I received your letters written from August 25 to September 2 on September 6, 1972. I will try to find out about the three places listed by you.”

“If you pinpoint one particular location of the three places mentioned in the letter, then my job will certainly become easier”, further writes Golwalkar.

Paying his respect to Baba, he also says, “I derive strength from the concerns and thoughts, which are crisscrossing your mind. And, I am confident that this will eventually help to resolve all the problems.”

RSS on the Air Crash Theory

Gumnami Baba lived the final years of his life in the Ram Bhawan. A letter of KS Sudarshan, the fifth Sarsanghchalak of the RSS addressed to Shakti Singh, the owner of Ram Bhawan, stated that the news of Netaji’s death in Taihoku plane crash was “presumed” to be true. The letter sequentially states that Bose returned from Russia in and around 1953, and lived as Gumnami Baba in different parts of the nation.

“But the truth is that two of India’s ambassadors to Russia, Vijaya Lakshmi Pandit and S Radhakrishnan, had met Netaji in person inside the jail in Russia. Both of them were instructed not to spread the news about Bose’s survival,” he wrote in the letter. He added that it is because of this neglect that he was forced to lead his life as Gumnami Baba, either in the Himalayas or in and around Ayodhya.

Shakti Singh said that Sudarshan at times regretted that RSS did not had that strength and could not act in time to help Bose. “The same letter was also published in Singh’s book, ‘Bhagwanji Se Netaji Tak’ in 2008.

KS Sudarshan in his speech in Kolkata, on April 23, 2005, claimed that Netaji did not die in the Taihoku plane crash was alive till 1985. He also demanded that the Justice M K Mukherjee Commission on Netaji be sent to Russia by the then UPA government to examine the documents associated with him.

RSS and declassification of Bose files

The failure of subsequent governments to declassify Bose files added to the mystery revolving around him. The family of Bose saw a ray of hope in the nationalist RSS.

In December 2014, few family members Netaji sought the intervention of the RSS in the declassification of secret files, held by the government of India. A group of family members of Bose, led by niece and nephew, Chitra Ghosh and Dr. DN Bose, met senior RSS Pracharak Indresh Kumar to impress upon him the need to declassify the files on Netaji.

During the meeting, a letter from Netaji’s niece Chitra Ghosh and Chandra Kumar Bose and Abhijit Ray, Netaji’s grandnephews, was handed over to Indresh Kumar. The letter read, “Justice Mukherjee (head of one-man commission of inquiry) also noted in his report that vital documents held by the Government of India were not made available to him and that this had hampered his quest for the truth in the disappearance”.

Chandra Kumar Bose, representing the Bose family, said that the interaction with Kumar had been positive and the RSS official promised to take the matter up with the Government. Writer Anuj Dhar, whose 2012 book “India’s biggest cover-up” argued the demand for declassification, said that it was imperative that the RSS took up the issue.

Later on, several files associated with Bose were declassified by the Central Government in subsequent months. However, a number of files are yet to be classified and the classified files do not solve the mystery behind his disappearance. 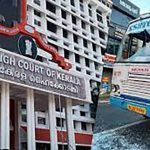