Kerala (VSK). A NIA special court has sentenced lifetime imprisonment for Subahani Haja Moideen in accordance to his joining of ISIS and participating in war and terror activities. The sentence was pronounced by Judge P. Krishna kumar. The special NIA court also imposed a fine of Rs 2.1 lakh on Moideen.

According to the chargesheet, Subahani joined ISIS in 2015, by entering Iraq via Turkey. He received weapons training and was deployed with others on the battlefield near Mosul in Iraq.

The NIA had taken Subahani into custody in 2016 along with the other accused from Kanakamalai in Kannur in a case of conspiracy to execute anti-national activities.

Subahani had also planned to attack and assassinate prominent people and influence his IS activities in Kerala and Tamil Nadu. He was arrested by the NIA on October 5, 2016. The NIA also found that Subahani recruited 15 people for ISIS through social media.

This is the first such case filed by NIA for conducting war against India and its friendly nations.

The chargesheet also mentions that Subahani planned to collect explosives from Sivakasi and carry out blasts in crowded places. 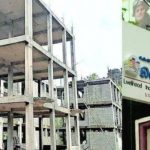 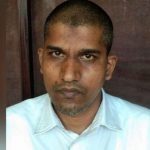