The case was registered suo-motu by NIA on 1st October, 2016, based on credible information regarding the conspiracy and the consequent formation of the ISIS/ Daish-inspired terrorist module Ansarul Khilafa-KL, by certain youth from Southern India, with the intention of furthering the objectives of ISIS. Five accused persons were arrested by NIA on 2nd October, 2016 from Kanakamala in Kannur district, while preparing to carry out terrorist attacks in Kerala and Tamil Nadu by targeting prominent persons including judges, police officers and politicians and places of tourist importance where foreigners, especially Jews, congregate.

In this case, six members of the ISIS/ Daish-inspired terrorist module, namely Manseed Muhmood , Swalih Mohammed , Rashid Ali , Ramshad N. K., Safvan P. and Moinudheen P. K. were convicted by the Hon’ble Special Court on 27th November, 2019 for offences under the IPC and UA(P) Act. They were sentenced to rigorous imprisonment ranging from three to fourteen years along with fine.

Further investigation has established that accused Sidhikhul Aslam, had conspired with convicted members of the ISIS/ Daish-inspired terrorist module and attempted to recruit more persons into the ISIS/ Daish, for furthering its objectives in India. He was arrested in this case on 28th October, 2020, following his return from Saudi Arabia.

Investigation has also established that accused Mohammad Polakkanni had actively conspired with the convicted persons to propagate violent extremism by actively disseminating materials supporting Jihadi ideology and to effect terrorist attacks in South India. He had also travelled to Georgia during early-2018, with the intention of crossing over to Turkey and eventually to Syria to join the Islamic State. He was arrested by Georgian authorities while attempting to illegally cross-over to Turkey, using fake passport. He was arrested in this case on 19th September, 2020, following his return from Georgia. 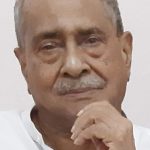 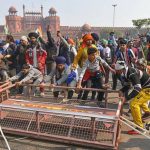