Chennai. NIA officials are conducting raids at 45 places across Tamil Nadu including Coimbatore and Chennai yesterday. The test has been going on since 4.20 am (Thursday). NIA officials have conducted raids at 5 places in Chennai including Mannadi, Jamalia, Puduppet and Perambur. More than 20 places are being tested in Coimbatore alone. Searches are being carried out at the homes of those suspected to be supporters of banned movements, related to Mubin, who died in the Coimbatore car blast incident. In Tirupur, Jamesha Mubin’s relative’s house and a house in Mayiladuthurai are being searched in many places. 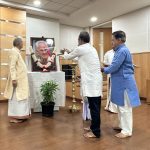