Kochi (VSK). Vayalar Rama Varma Trust ‘gifts’ Award for a novel which insulted and degraded temple-going women. It is for “Meesha”, the Malayalam novel authored by S. Harish. That the declaration is a challenge to the Hindu pride is gaining momentum. The very third episode of the novel, which was serialised by Mathrubhumi Malayalam weekly, turned controversial, thanks to the obscene references it carried. As a result, prominent Hindu organisations in the state raised strong protests against Mathrubhumi. When the protests intensified Mathrubhumi had no other alternative than to withdraw the novel. Then DC Books, a prominent Kerala Publisher, published it as a book. Its English version “Moustache” also was published.

Now, Vayalar Rama Varma Trust has declared the award for this novel which consists of Rs 1 lakh, certificate and sculpture. Hindu Aikya Vedi, a Sangh-inspired Hindu movement, has stated that it is a move to insult Hindus. People blame that the Trust behaves like an offshoot of ruling CPM in the state. Years back the same ruling CPM-led coalition honoured M.F. Hussain when he painted the nude pictures of Goddess Saraswati. At that time V.S. Achuthanandan was the CM. The latest declaration of award proves that the cultural bodies which go with the Left government follow the same old style. 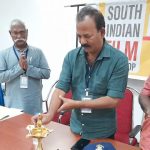 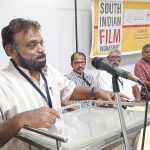