Guwahati. The only faction of the National Socialist Council of Nagaland (NSCN) out of the peace process with New Delhi appears to be losing local support in the northeast.

On May 16, people in Arunachal Pradesh’s Longding district thrashed four members of the NSCN (Khaplang-Yung Aung), forcing them to release a villager they had kept hostage in Maihwa village. Two of the NSCN (K-YA) men were later handed over to the security forces.

Miles to the east in Nagaland’s Mon district, the Konyak Union had on May 12 reaffirmed its decision to not pay “tax” to any group unless they unite for the Naga cause. It was a politically correct way of defying the NSCN (K-YA), the most active of the NSCN groups in the district bordering Myanmar.

A couple of days ago, public pressure made the outfit release two local labourers its members had abducted in Arunachal Pradesh for reasons not specified.

Fighters from the Konyak community in Nagaland and the Wanchos of Arunachal Pradesh once largely comprised the “Indian” Nagas in the NSCN (Khaplang) group based out of at least five camps – Haukyat, Khanmoi, Lohan, Kamai and Pangsau – in Myanmar’s Sagaing Division.

According to the security forces operating along the Myanmar border, there are about 60 Konyaks and Wanchos left in the NSCN (K-YA) that has about 350 cadres and 150 firearms. The outfit has been losing the Nagas from the Indian side of the border since two top guns from Nagaland – Khango Konyak and Niki Sumi – quit to join the peace process.

At least nine members of the outfit from southern Arunachal Pradesh and Nagaland have surrendered since 2020 while more than 90 have been caught since 2019 following a tip-off from local people in several cases. 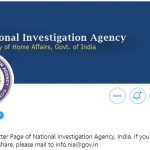