Odisha. Odisha Police on Saturday opened its door to people from the transgender community, seeking their applications for the posts of constables and sub-inspectors.

The Odisha Police Recruitment Board sought online applications from men, women and transgender people for the appointment of 477 sub-inspectors and 244 constables (communication). The application portal will remain open from June 22 to July 15.

“I invite qualified women and men to join the Odisha Police as constables (communication) and SIs to serve the people of the state. Also, for the first time, people belonging to the transgender category can apply for both the posts,” Director General of Police Abhay told media in Cuttack.

Abhay said the recruitment to the SI post will be done by the main police cadre, while the constable (communications) is a technical cadre.

The minimum qualification for the SI post is graduation, while that of the constable (communication) post is Plus II with a diploma in computer application.

The Odisha government had earlier decided to recruit transgender people as jail warders but a notification is yet to be issued.

The Odisha Kinner and Third Gender Mahasangh, a transgender body, welcomed the decision of the Odisha Police and thanked Chief Minister Naveen Patnaik.

“For the first time, a public advertisement has been issued seeking applications from transgender people for government jobs in the state. Including the transgender people in the force will not only boost the confidence of the community, but also change society’s perception towards transgender people,” Mahasangh founder president Pratap Kumar Sahu said.

In 2014, the Supreme Court had recognised the transgender community as the third gender and ruled that they have equal privileges over the fundamental rights enshrined in the Constitution.

The Parliament has also enacted the Transgender Persons (Protection of Rights) Act, 2019 to provide the community equal rights akin to other human beings. 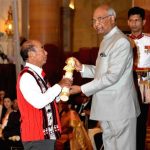