Washington. Two days after al Qaeda leader Ayman al-Zawahiri announced the creation of a South Asian branch of his outfit to “raise the flag of jihad” in the Bharatiya upmahadweep, a US intelligence analyst accused the Pakistani military of `stage-managing` the terror outfit’s latest advance into Bharat.

In his column, Bruce Riedel, a former CIA analyst and National Security Council official for South Asia, also said that Pakistan should be warned that it will be placed on the list of states sponsoring terrorism, a newspaper said.

Riedel has directly blamed the Pakistan military and its intelligence outfit ISI for the renewed terror threats against Bharat in order to secure gains in their country’s political arena. There was no uncertainty that Zawahiri recorded the latest video in his hideout in Pakistan, secured by the ISI, claimed Riedel.

Riedel also noted that the US State Department publicly blamed Lashkar-e-Taiba, the group which attacked Mumbai in 2008 for the Herat attack on the eve of Modi’s inauguration in which it had planned to take Bharatiya diplomats hostage and then execute them as Modi was took office.

“LeT is very close to the Pakistani military’s Inter Services Intelligence Directorate or ISI. LeT would not have taken such a highly provocative action without at least some advance nod from the Pakistani spies in the ISI and the generals who command them. LeT’s leader, Hafeez Saeed, lives openly in Pakistan, frequently appears on television denouncing the United States, and is the darling of the ISI,” Riedel said, advising Washington to tighten the screws on Pakistan.

“If there is another LeT attack like the one in Mumbai or the one in Herat, it will provoke the most serious crisis in years between Bharat and Pakistan, and the more that can be done by the United States and other to prevent such a disaster the better. But it won’t be easy,” Riedel warned. 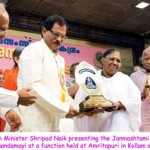