Kerala (VSK). Popular Front of India gets money through NRI accounts. ED has found out that PFI got Rs 120 crores through NRI accounts. Lion’s share of it came from Qatar and Turkey. Money come to various trusts operating under PFI. Major portion of that money was spent in districts in Malabar region. During 2015 and 2018, major portion of the money came to Kozhikode district.

Investigation agency has unearthed that Rs 44 crores was spent in Kozhikode during that period; Rs 42 crores went to Malappuram and Rs 40 crores to Kannur. These monies were spent for building institutions. Likewise, they started numerous institutions in 2015 – 2018 period. Large amount of money has also flowed to Satyasarani, the religious conversion centre in Malappuram district.

PFI had launched recruiting agencies in Gulf countries with the idea of amassing money for terrorist activities. Such agencies came up in countries belonging to Gulf Cooperative Council and Syria. And, several candidates were recruited. About 30,000 candidates, from various state of Bharat, have been employed through these agencies. They not only worked for their employers but also for PFI. Every month they contribute Dirhams 100 which is ultimately spent for terrorist activities in Bharat.

National Investigation Agency has also found that some Muslim industrialists and businessmen based in Gulf countries and Kolkata regularly contribute to PFI. NIA has found digital evidences for this during its nation-wide raids.

National Security Advisor Ajit Doval had visited Thiruvananthapuram one week back. He had met Kerala’s State Police Chief Anil Kant and apprised him of the anti-national activities of PFI. After demonetisation, PFI selected new business fields like scrap, hotel, fisheries and furniture for money handling. Because, they are safe zones for money laundering. PFI had amassed huge amounts of money through hawala, drug trafficking and gold smuggling, with the help of business groups, for funding terrorist activities. Recently, flow of narcotic materials to Bharat has increased enormously. 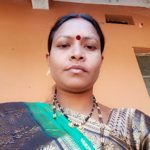