Kozhikode, Kerala. NIA carried out raids in Kozhikode on December 8 and seized several documents belonging to Popular Front of India (PFI). The raid was in connection with the case registered by NIA on April 13, 2022. It was pertaining to the criminal conspiracy of PFI for fund raising from within the country as well as from abroad for operating extremist activities and engineering riots in Kerala, Tamil Nadu, Karnataka, Uttar Pradesh and Delhi. The seized items include documents pertaining to several terrorist training camps PFI organised and digital equipment and several evidences. NIA’s press release said that they had conducted raids in Kulburgi, Karnataka, also.

In another words, the soft attitude of CPM-led Left Democratic Front (LDF) regime has been helpful to the terrorist outfit. Otherwise, Kerala Police would have done this job much earlier and sans much easy escapes. But, since the Union Government clamped ban on the terrorist outfit, Kerala Government was giving enough time to PFI leaders to go underground and remove their documents from the offices. Raids were not conducted immediately, but it was after couple days and in some places even after three days, according to media reports.

In Kerala, both ruling CPM-led LDF and Opposition Congress-led United Democratic Front (UDF) are always in chorus in flaunting pseudo secularism. Whenever an allegation comes up against Islamic fundamentalism, they make it a point to blame RSS and Hindutva forces. Years back when Abdul Nasr Madani was in Coimbatore jail in connection with the infamous Coimbatore blast case of 1998, both Fronts passed a unanimous resolution on the floor of the Legislative Assembly demanding the immediate release of him. It should be remembered that around 60 people were killed and more than 200 people injured in that blast designed to assassinate BJP leader L.K. Advani. Reacting to the ban of PFI, LoP V.D. Satheesan unnecessarily dragged RSS into his TV bite. Both Fronts are in neck-to-neck contest to appease the organised minority vote bank. 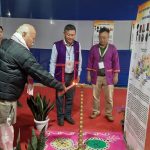