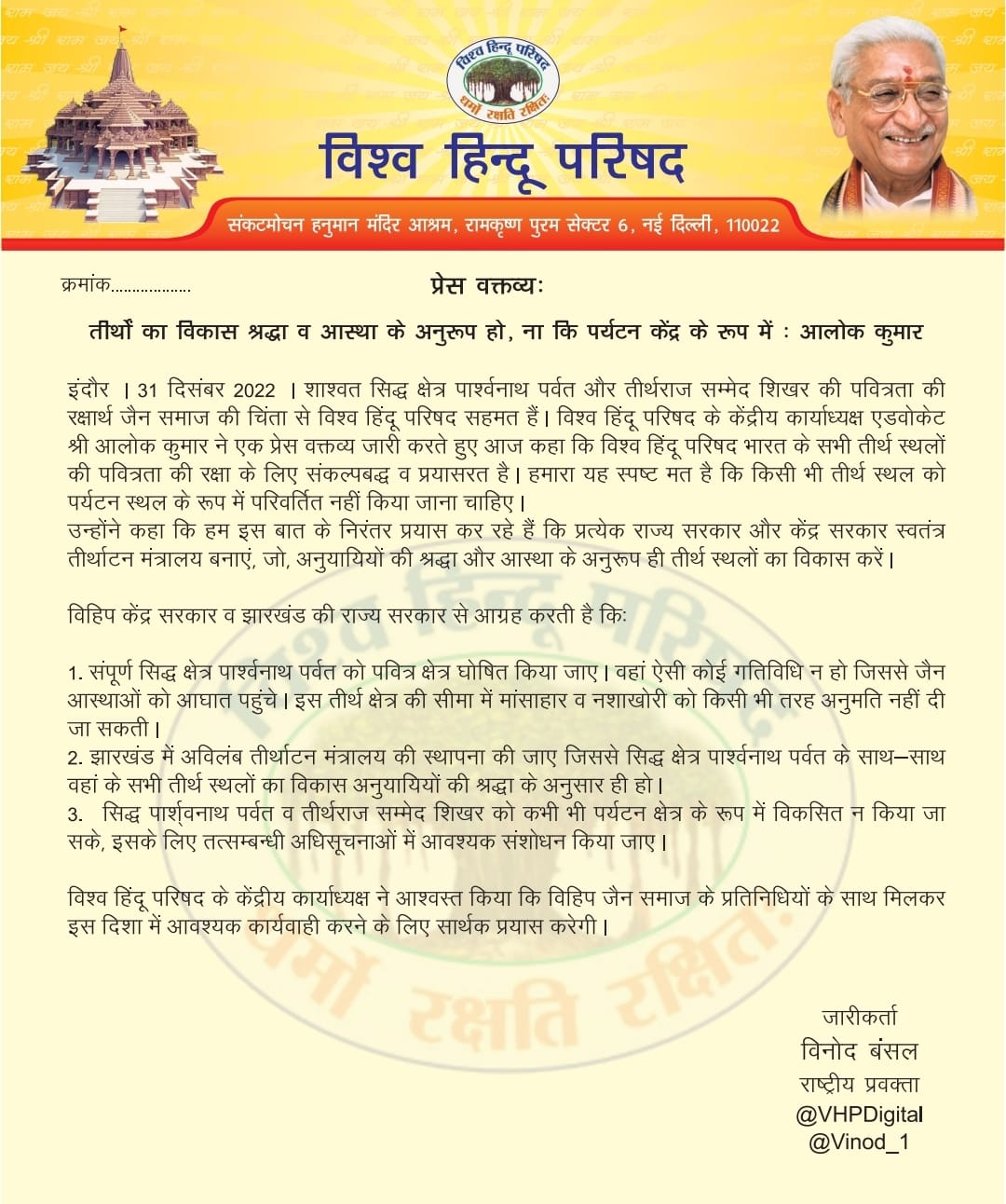 Indore. VHP agrees with the concern of Jain society to protect the sanctity of Parshwanath Parvat and Tirtharaj Sammed Shikhar, the eternal proven area. Issuing a press statement, the Working President of Vishva Hindu Parishad, Advocate Alok Kumar said that VHP is determined and striving to protect the sanctity of all the pilgrimage sites in India. We are of the clear opinion that no pilgrimage site should be converted into a tourist destination.

He said that we are constantly making efforts that each state government and the central government should form an independent pilgrimage ministry, which would develop pilgrimage sites according to the faith and belief of the followers.

VHP urges the Central and the State Government of Jharkhand to –

The Central Working President of VHP assured that VHP will make meaningful efforts to take necessary action in this direction along with the representatives of Jain community.