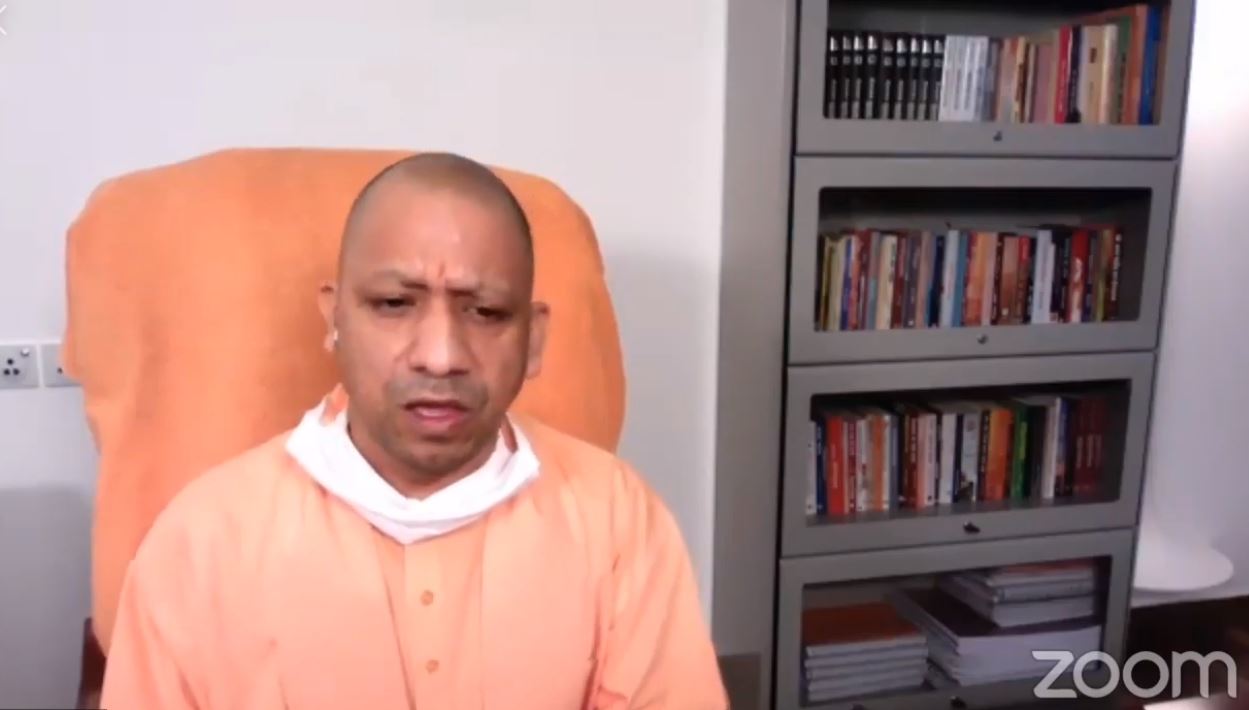 UP CM Yogi Adityanath in an online interaction on Sunday

Uttar Pradesh chief minister Yogi Adityanath‚Äôs decision to set up a dedicated commission for 23 lakh migrant labour from the state is a laudable move.

The commission‚Äôs task has also been cut out. It would not only map skills of these migrant labour that returned home under trying Covid 19 situation after having faced virtual rejection in states like Maharashtra.

Yogi Adityanath has not only decided to provide this vast human resource insurance cover but also bring them under social security net to ensure no other state would exploit them under ‚Äòinhuman conditions‚Äô.

Also, the proposal to make it mandatory for other states to seek Uttar Pradesh‚Äôs permission to engage with the state‚Äôs labour is yet another interesting move to streamline the process and get them a better deal.

Post-independence, perhaps it‚Äôs for the first time that migrant labour, skilled, semi-skilled and unskilled, have been recognized as an asset for a huge state like Uttar Pradesh with a population of 23 crore having borders with seven other states and Nepal.

Migrant labour were given a raw deal in manufacturing states like Maharashtra, Gujarat, Tamil Nadu and Karnataka before they fled in droves to their home states after having exhausted meagre savings, Covid 19 posing huge health issues, owners throwing them out of their rented rooms while employers or contractors leaving them to fend for themselves.

Uttar Pradesh stands out in compassionately dealing with its vast human resource, providing them with basic food in five rounds during last three months, medical support, quarantine facilities and skills training during the mandatory seclusion period.

This model may have to be refined further to retain the vast resource, engage them, provide work opportunities to help them stay back and deepen the economic prosperity drive in Northern heartland state.

For instance, engaging thousands of labourers in laying a huge road network along the mighty river Ganga beginning from Meerut to Prayagraj could be a starting point as Yogi Adityanath said.

Poorvanchal expressway construction could be another avenue for engaging the huge labour force that may not leave the state in a hurry for greener pastures elsewhere.

Also, huge number of workers could be put to work in the ambitious defence corridor planned by the state where billions of dollars worth industry was to be housed. Several of the defence investments from abroad were in the pipeline as Yogi Adityanath hinted.

Also, skilling them for employment in thousands of micro, small and medium enterprises would be a big challenge that needs to be overcome. Given that pre-Covid 19, MSMEs contribution to exports from the state grew by 25 -30 percent, there seems to a possibility that huge number of workers could get absorbed in expanding small industry units.
Village clusters in Uttar Pradesh could provide new avenues for work as the rural job guarantee scheme has been given a fresh lease of life by centre as part of the economic stimulus package worth Rs 20 lakh crore.

Apart from the Rs 67,000 crore provided for Mahatma Gandhi Rural Employment Guarantee Act (MNREGA) in the union budget for 2020-21, another Rs 40,000 crore has been set aside to provide rural work opportunities for labour that have returned home.

Yogi Adityanath had said in an online interaction on Sunday that 35-40 lakh people could be provided work under the rural job guarantee scheme with daily pay revised to Rs 202 per person.

More such collaborations and joint ventures could provide gainful employment to huge migrant labour in states like Uttar Pradesh and Bihar.

But then, evolving an India ‚Äì centric rural economic development model would perhaps be the way forward given that global economy may not be able to turn around in a jiffy after the lethal Wuhan virus aka Corona Virus that has disrupted the global supply chains big time.

If Prime Minister Narendra Modi‚Äôs call for an ‚Äòaatma nirbhar bharat‚Äô has to begin in right earnest, then every state will have to come up with specific economic models to realize this objective.

Both manufacturing and labour states need to adopt their own specific templates to achieve this objective in an increasingly de-globalized world with China heading for isolation.

In this context, keeping the rural demand and production lines intact with quality and price competitiveness may be the biggest that needs to be surmounted.

Niti Aayog‚Äôs estimates that three percent agriculture growth this fiscal notwithstanding the huge pandemic impact reflects the resilience and hope that our farmers provide to keep Indian economy intact and offer food security.

Given that Rabi crop harvest has been complete across seven states and summer Kharif sowing already done in some states, the prospects on agriculture front could be very promising for an economy that‚Äôs expected to move into negative zone.

Global investment firm Goldman Sachs had predicted that the Indian economy was heading for five percent contraction this fiscal. Even the promise of revival in 2021-22 was very slender.

In such a backdrop, reviving up the rural markets and economy with specific domestic models may have to be seriously considered by all stakeholders.

Call it swadeshi or localization of production lines, this is bound to become the life line for Indian economy that may be besieged with serious challenges.