Guwahati. RSS Sarkaryavah Dattatreya Hosabale on Thursday said that preserving the rich heritage of ‘Bhartiya Sanskriti’ and its age-old traditions in literature is the need of the hour. Addressing the representatives of 108 tea communities of Assam Sarkaryavah asked them to upkeep the great values of tea tribe’s culture, tradition and age-old dharmic belief. He explained the importance of different segments of the tea tribe to stay organised and united.

While recalling the history of the tea tribe during the British period when they were brought to different places of the world including Assam, Sarkaryavah said, “They contributed in their best way as “nation-builders” with hard labour and sweat. In Trinidad and Guyana, those who had been brought as Girmitia did not forget their culture and religion despite innumerable challenges. That’s indeed the beauty of them.

He stressed on the importance of literature in preserving our age-old culture. “Value of life is understood in a better way when the economic conditions of people are enriched. Improving one’s economic condition through moral means is what should be cherished.”

During the crisis period, cooperation between each other for better sustenance, properly availing different government welfare schemes for health and educational necessities should be taken into account. The educated elites in society must properly guide the other Janjati society considering it as a duty, he said.

Speaking in a seminar on “Socio-economic and cultural development of tea tribes and welfare schemes of government” in Guwahati, Hosabale Ji said, a “chitra pradarshani” should be developed and demonstrated taking into account the stories of 3/4 generations of tea communities in Assam, which will facilitate an inspiring history of the tea tribe for the future generation.

Union MoS of petroleum Rameswar Teli Ji and host of dignitaries of tea communities were present at the seminar held in Madhav Dev international auditorium in Guwahati. 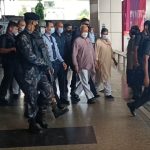 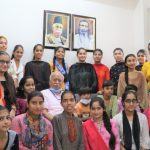