Incentives worth Rs. 7,350 Crore will be Provided Over Four Years for Manufacturing of These Products in India

New Delhi. After the success of Production Linked Incentive Scheme in bringing investments in mobile phone (handsets and components) manufacturing, Govt. has approved the Production Linked Incentive (PLI) Scheme for IT hardware products. The target IT hardware segments under the proposed Scheme include Laptops, Tablets, All-in-One Personal Computers (PCs) and Servers.

The scheme proposes production linked incentive to boost domestic manufacturing and attract large investments in the value chain of these IT Hardware products.

PLI scheme for Mobile Phones and Specified Electronic Components was launched las year during the middle of pandemic to establish India as a hub of electronic manufacturing. It has been a huge success in terms of interest received from Global as well as Domestic Mobile Manufacturing companies. 16 companies were approved under the first round of the PLI Scheme for Large Scale Manufacturing of Mobile Phones and Specified Electronic Components.

The scheme was announced in April, 2020; last date for application was 31st July, 2020 and the scheme commenced on 01.08.2020. All this happened during the most challenging times of COVID19, when the economy and manufacturing was under severe stress. In the last 5 months of scheme operation and despite challenging times, the applicant companies, including top global mobile phone companies, have produced goods worth ~INR 35,000 crore and invested ~INR 1,300 crore under the Scheme. Additional employment generation during this period stands at around 22,000 jobs. Another scheme for promoting manufacturing of electronics components called SPECS has also received 22 applications involving investment of about INR 13,500 crore in the areas of active, passive and electromechanical components; displays and mechanics for mobile phones.

Based on initial success of the PLI Scheme for Mobile Phones and Specified Electronic Components, 10 target sectors along with specific product lines having high growth potential were identified by NITI Aayog for implementation of PLI Schemes. PLI Scheme for IT Hardware is a further step in that direction. It comes in close wake of Production Linked Incentive (PLI) Scheme for Telecom and Networking Products that was approved by Union Cabinet last week.

The total cost of the PLI Scheme for IT Hardware is approximately INR 7,350 crore (Rupees Seven Thousand Three Hundred Fifty Crore Only) over 4 years.

The Scheme shall extend incentives between4% to1%on net incremental sales (over base year i.e. 2019-20) of goods manufactured in India and covered under the target segment, to eligible companies, for a period of four years.

The proposed scheme is likely to benefit major global as well as domestic manufacturers of IT hardware products namely Laptops, Tablets, All-in-One PCs, and Servers. This is an important segment to promote manufacturing as there is huge import reliance for these items at present.

PLI Scheme is conceived in a manner that incentives are payable by govt. only after investment has been done, employment has been generated, production and sales targets have been met. 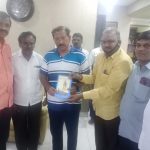 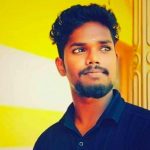