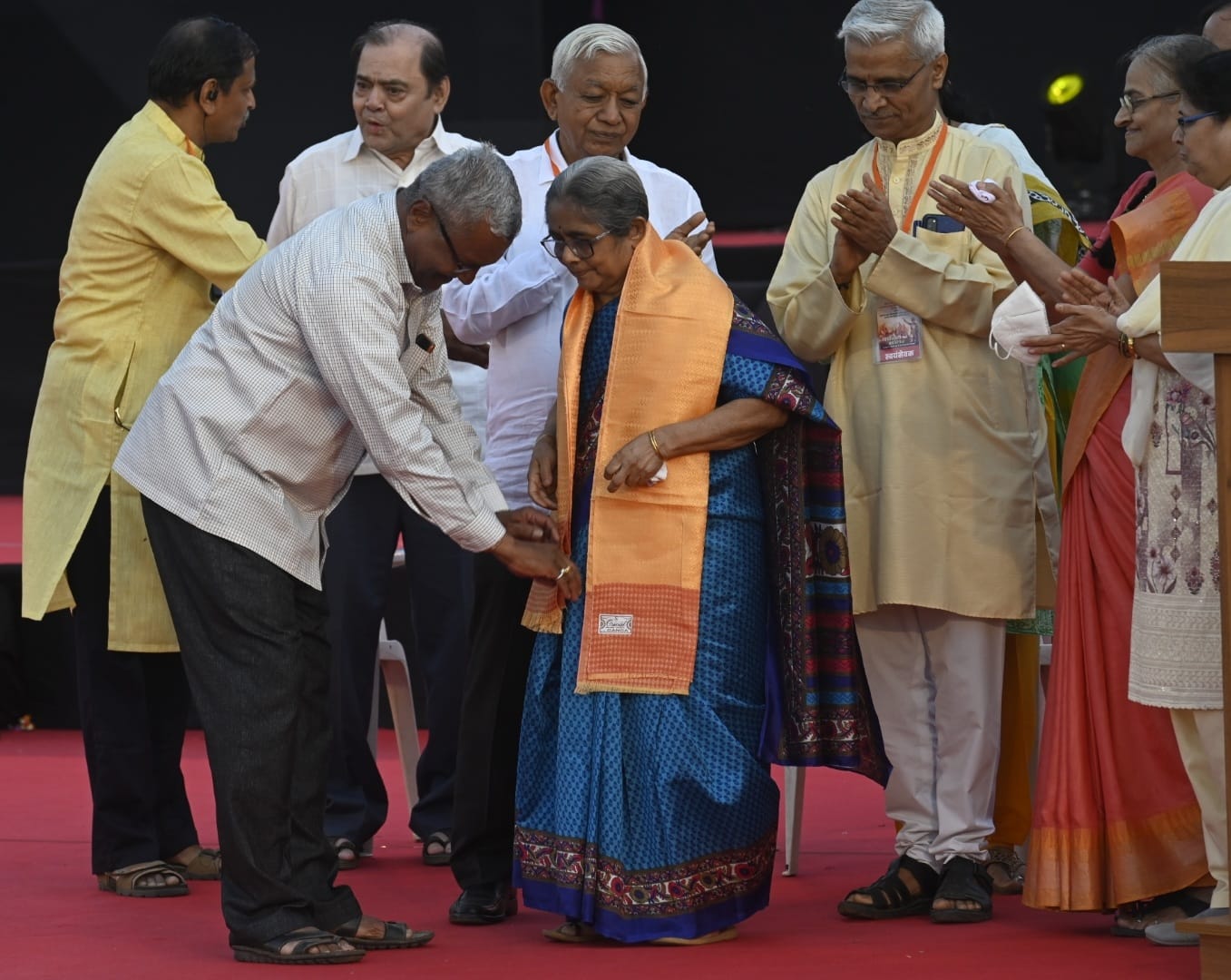 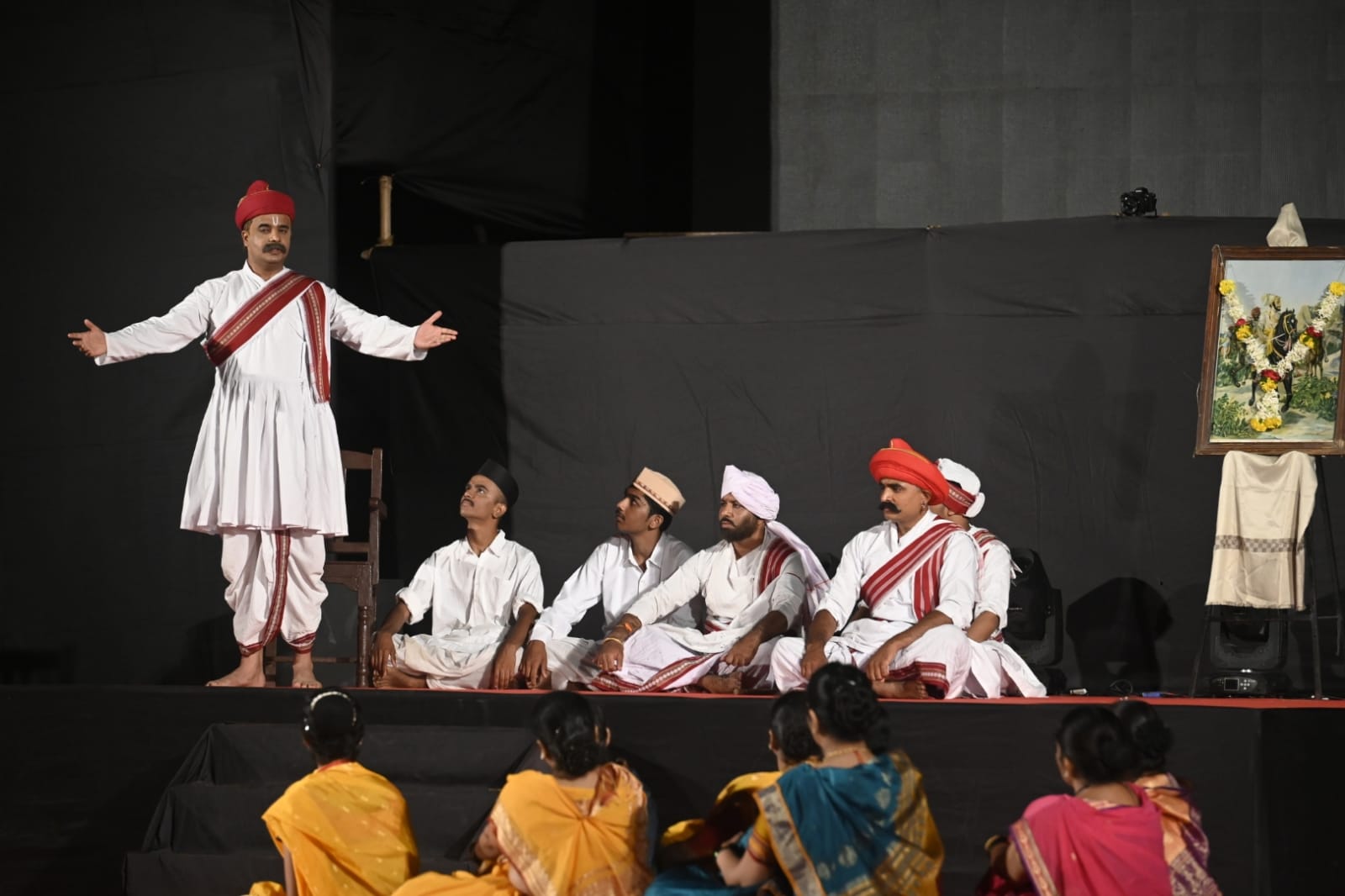 Pune. Rani Lakshmibai of Jhansi appearing on the stage riding a white horse, revolutionaries like Bhagwan Birsa Munda, Krantiveer Umaji Naik and Vastad Lahuji Salve, demonstration of stick-fights and fencing, culminating in the cries of ‘Gondya Ala re…’ and then shooting the tyrannical British officer Rand in his buggi… about 15,000 to 20,000 Puneites experienced epic drama ‘Swatantryacha Krantiyadna’ full of many such thrilling events on Saturday (June 18).

The occasion was the 75th anniversary year of India’s independence and the 125th year of the feat of Chaphekar brothers. School students, citizens, youth and elders attended and applauded every act in the grand drama organized by Shikshan Prasarak Mandali and Swatantryacha Amrit Mahotsav Samaroh Samiti, Pune Mahanagar in the SP College Ground.

The play presented by Itihas Premi Mandal was written and directed by Mohan Shete while Vaishali Inamdar and Abhishek Shalu co-directed it. The audience got to experience about 125 performers, a grand stage, dance and music and live setting of the actual events. The play was staged in 1997 on the occasion of the 100th anniversary of the assassination of the Rand three brothers – Damodar, Balakrishna and Vasudev Chaphekar. It was re-staged on the occasion of the 125th anniversary of this event. It sheds light on the work of the Chaphekar brothers as well as their predecessors and later revolutionaries. Apart from this, Povada singing of Shahir Hemant Mavale, kirtan of national kirtankar Charudatta Afale and narration by Rahul Solapurkar were also heard in this drama.

Before the staging of this drama, the descendants of the family of Chaphekar brothers were present on the stage. On this occasion, members of the Chaphekar family were felicitated by Prant Sanghchalak of RSS Nanasaheb Jadhav, Pune Mahanagar Sanghchalak Ravindra Vanjarvadkar and S K Jain of Shikshan Prasarak Mandali.

Speaking at the occasion, Adv. S.K. Jain said that this program has been organized to make the younger generation aware about patriotism and sacrifice. Students should know the correct history. No one will need to sacrifice again for freedom if the true history is taught while many patriots like the Chaphekar brothers who sacrificed for the country will come forward through it. Therefore, such activities should take place more and more.

Ravindra Vanjarvadkar said that today’s age of India is important. Our country is moving forward on the world stage. India’s freedom struggle is the struggle of all sections of society. Just as the Indian freedom struggle was against the British rule, so it was against all the colonial powers of the world. This epic will create gratitude in our minds for such unknown revolutionaries. 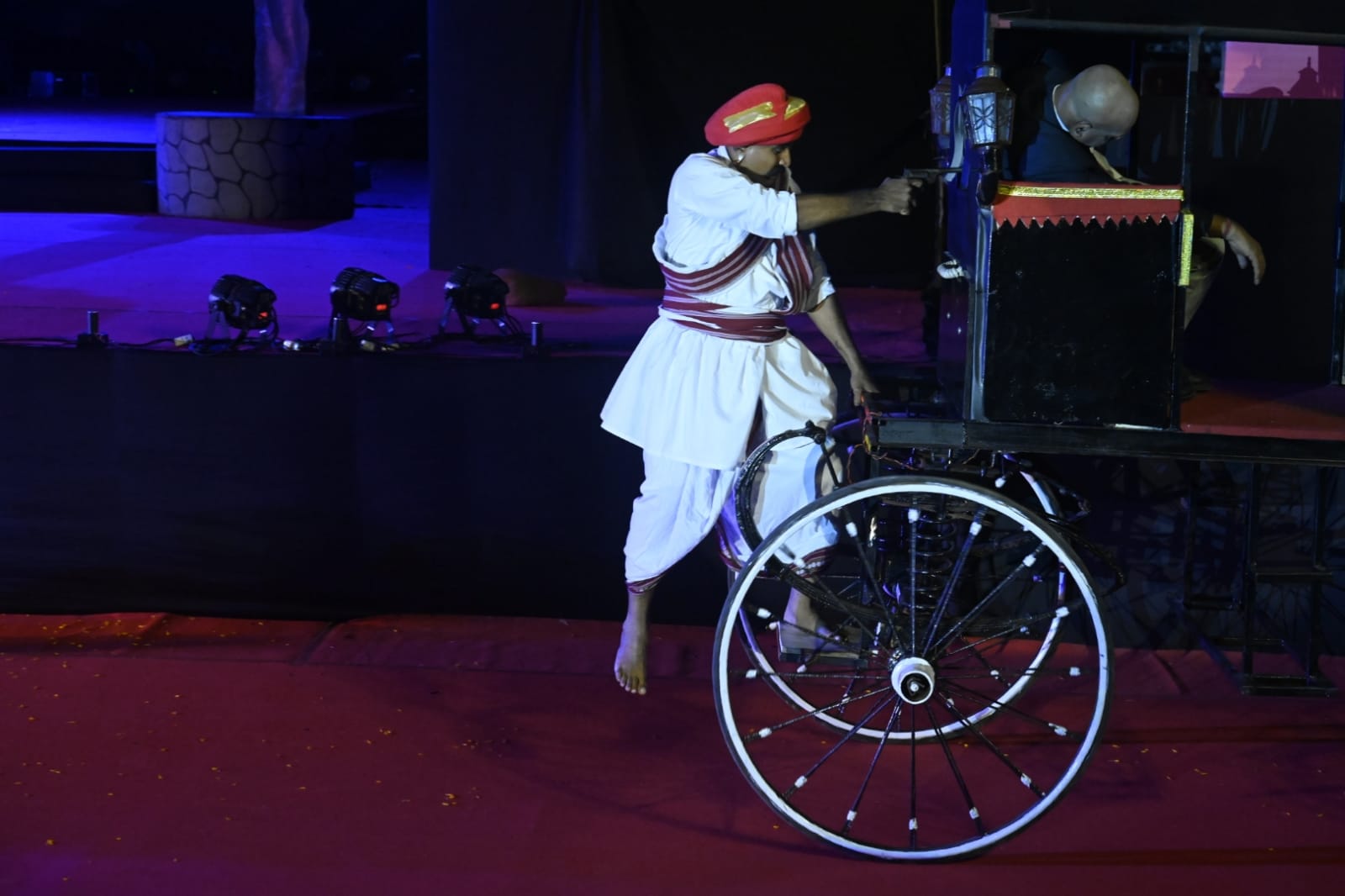 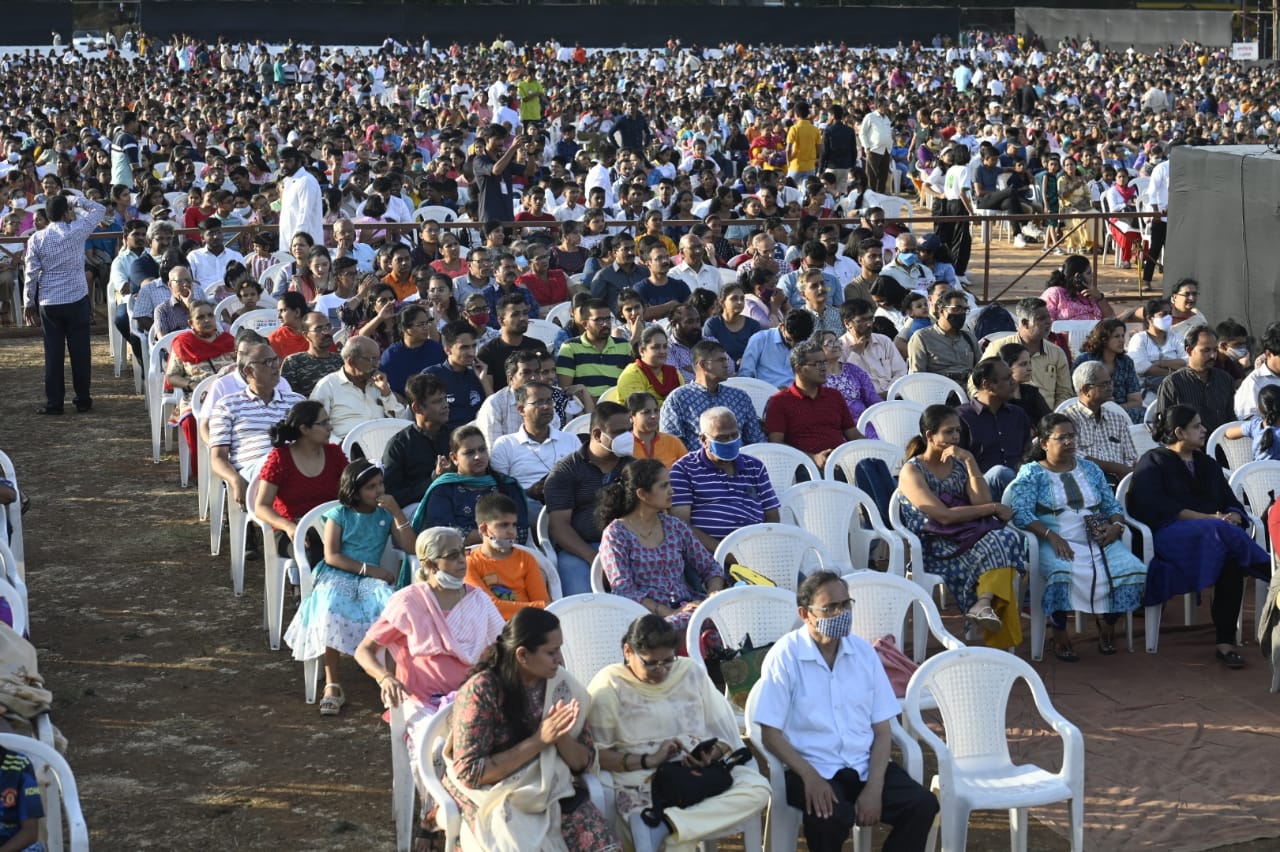 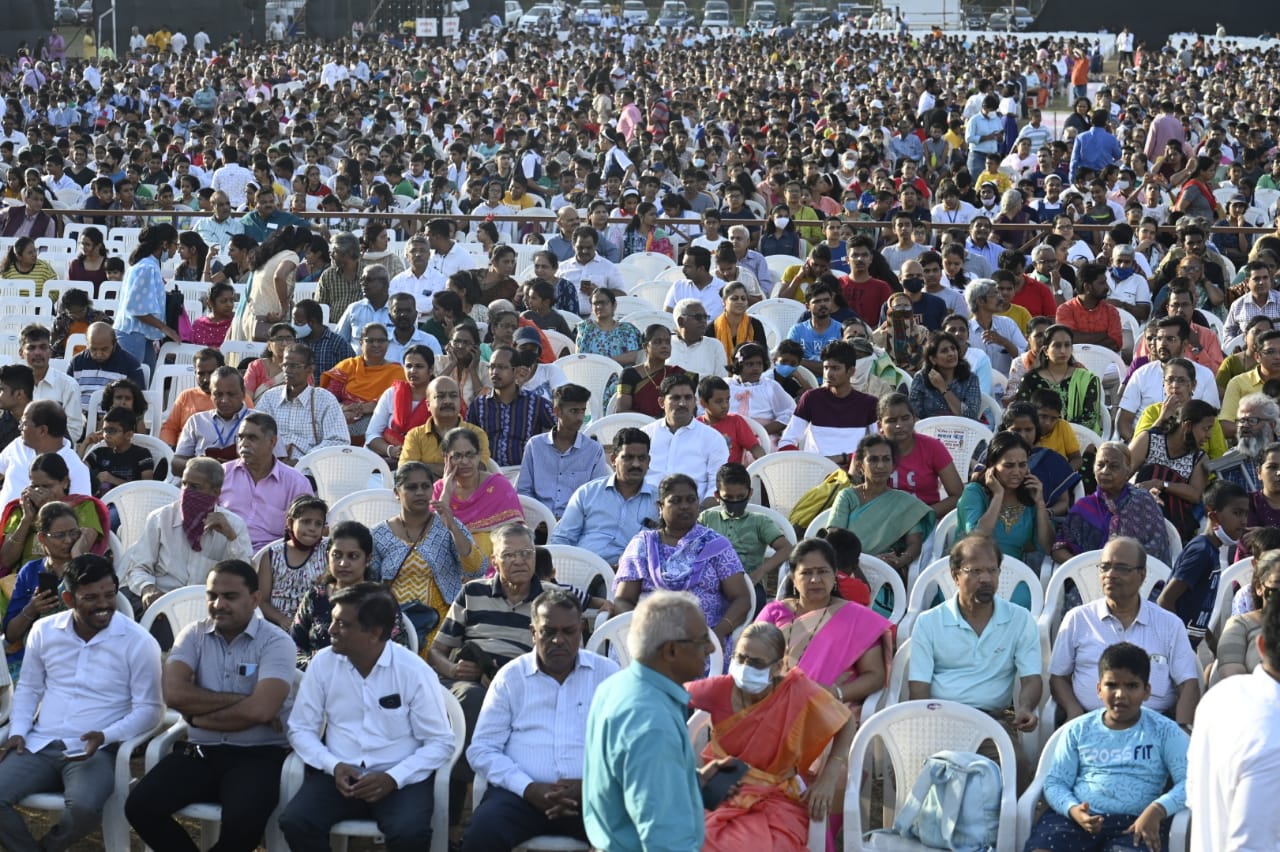 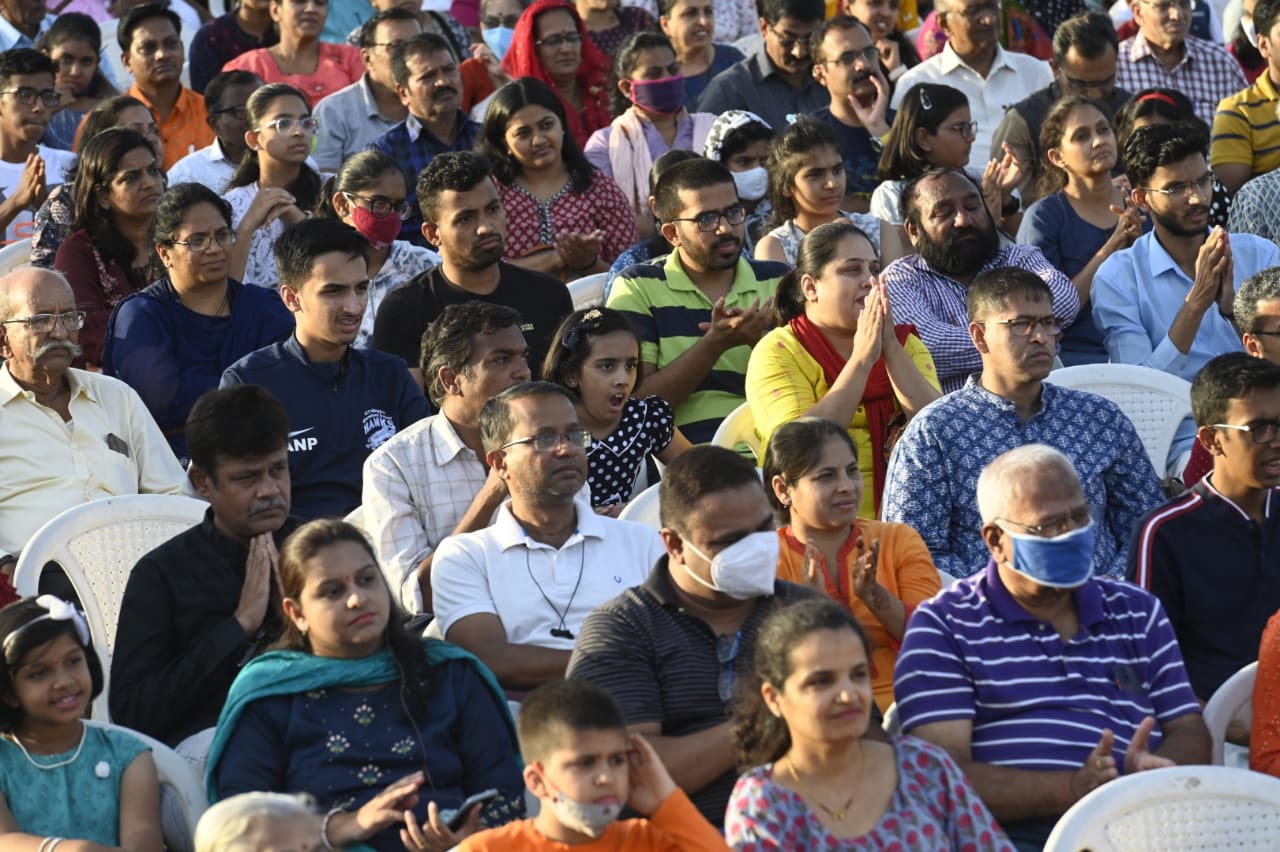