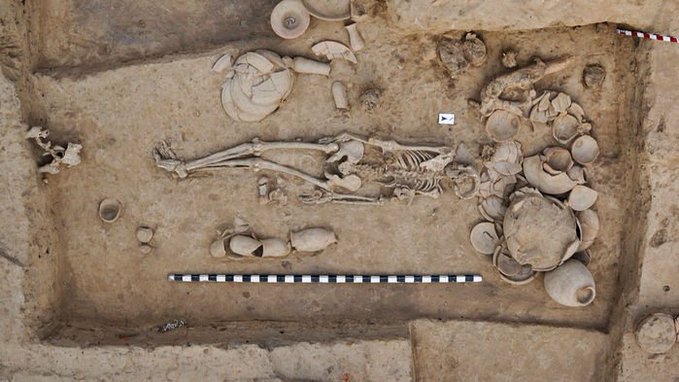 The findings of Rakhigarhi Project can prove to be a game changer setting aside the long imposed view that Aryans were invaders and Harrapans were Dravidians killed by Aryans. Here is all that you want to know about the Rakhigarhi Project. 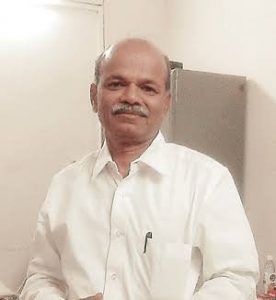 Rakhigarhi Project of International significance was established in 2011-12. It was headed by Professor Vasant Shinde of Deccan College, Post-Graduate and Research Institute, Deemed University. The Archeological excavations were conducted jointly between Deccan College and the Department of Archeology and Museums, Government of Haryana and Prof. Shinde led the team of excavators. Dr. Niraj Rai, then from the Centre for Cellular and Molecular Biology (CCMB) Hyderabad and Prof. David Reich from Harvard School of Medicine, Boston, USA led the team of Genetic scientists for ancient DNA studies.

Rakhigarhi in Hissar District of Haryana, is the largest city of the Harappan Civilization located almost in the middle of the Saraswati basin. Along with settlement, the Cemetery of the Harappans was also excavated and the remains from that were subjected to scientific research, including DNA studies. Though the site was under occupation from Early Harappan (5500 BCE-2600 BCE) to Mature Harappan (2600 BCE 1900 BCE), the cemetery belongs to the Mature (Urban) phase of the Harappan Culture dated from 2500-1900 BCE, based on material remains found in them.

This important research, which will change perspective of not only Indian History but also World History, was being awaited by scholars and common people alike for long. 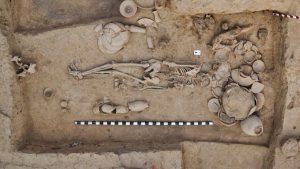 There were many theories about the genetic origin of the people of the Harappan Civilization. “They could resemble Southeast Asian hunter-gathers or they could resemble Neolithic Iranians farmers or they could even resemble Steppe pastoralists. Sir Mortimer Wheeler, one of the excavators of the site of Harappa in Pakistan even proposed that the Harappans were Dravidians and they were killed by the invading Aryans- these all were plausible hypotheses and myths prior to the ancient DNA findings.