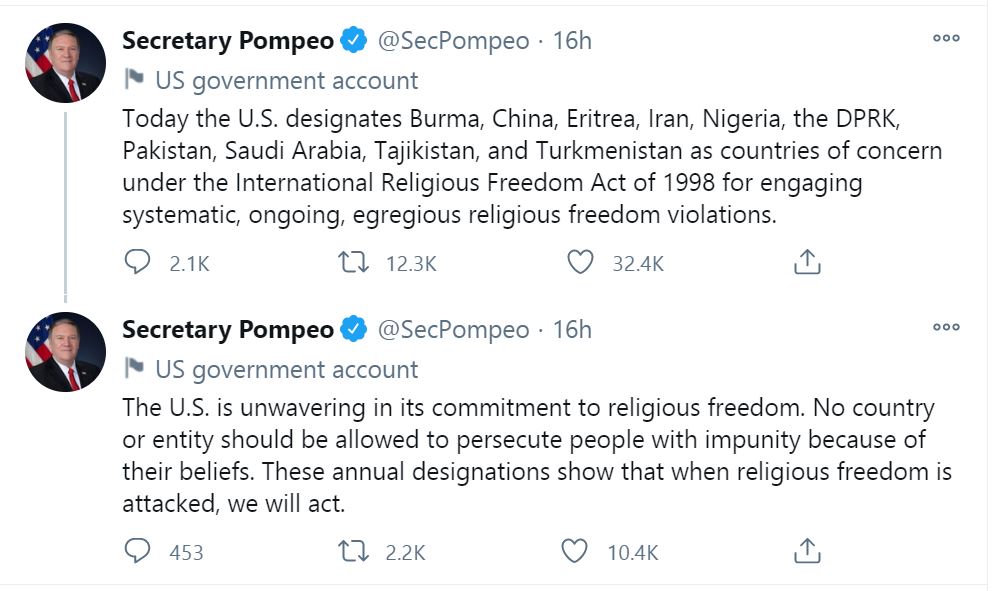 New Delhi. Giving major setback to Imran Khan-led Pakistan and Xi Jinping’s China, as the U.S. designated Pakistan and China in its list of “Countries of Particular Concern” (CPC) for engaging in or tolerating “systematic and egregious violations of religious freedom”.

According to the Mike Pompeo, both China and Pakistan are among the eight other countries with similar concerns.

Apart from China, and Pakistan the CPS list also includes Burma, Eritrea, Iran, Nigeria, the Democratic Republic of Korea, the Kingdom of Saudi Arabia, Tajikistan, and Turkmenistan. Meanwhile, the US has also placed Russia, Cuba, Comoros, and Nicaragua on a Special Watch List for governments that have either engaged in or tolerated “severe violations of religious freedom.”

While making the announcement Secretary Pompeo said, “Religious freedom is an unalienable right and the bedrock upon which free societies are built and flourish. Today, the United States, a nation founded by those fleeing religious persecution, as the recent Commission on Unalienable Rights report noted, once again took action to defend those who simply want to exercise this essential freedom.”

“The US will continue to work tirelessly to end religiously motivated abuses and persecution around the world, and to help ensure that each person, everywhere, at all times, has the right to live according to the dictates of conscience,” he added.

At this point, this is worth to be noted that Sudan and Uzbekistan have been removed from the Special Watch List based on “significant, concrete progress” undertaken by their governments the past year. 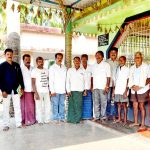