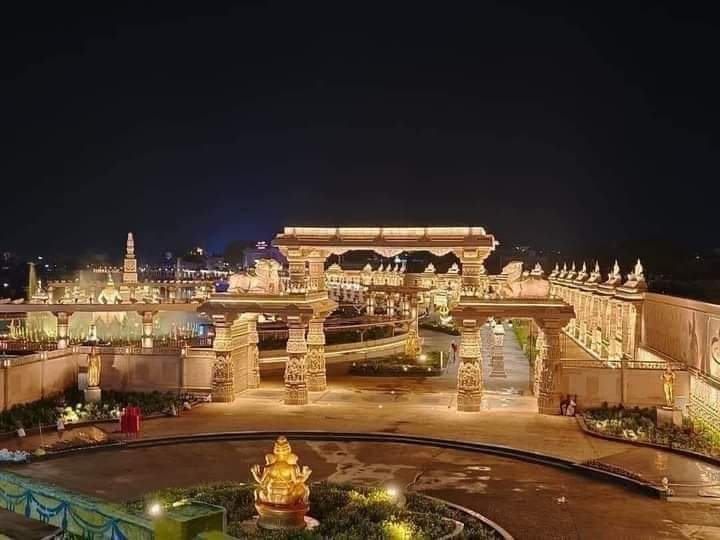 India has historically been a great land of magnificent temples. Temples were not only important sites for religious worship but also served as centres of learning, art, community gatherings and festivals. Temples held great wealth and were the pride of the communities in which they were built.

Such temples became targets for foreign invasion or destruction. Conquering temples could be a source of wealth, social and political control. Yet when Hindus regained power, they restored conquered temples and renewed their own traditions.

After the Marathas defeated the Mughals and became the dominant power in India in the eighteenth century, they began an active campaign to take back important temples, or to restore those that had been damaged or neglected. Other Hindu communities did the same.

The British had no campaign to destroy or expropriate temples, but did not support efforts to restore them either. The result was when India achieved Independence in 1947 many important and famous ancient temples had not been reclaimed or restored though there was a strong sentiment to do so. There was an expectation that Independent India would continue the process that the Marathas and others had started.

Yet, though India was divided into a Hindu-majority India and a Muslim-majority Pakistan, the Nehru government, much like the British, did not allow Hindus to reclaim their sacred sites or offer government support in restoring them. Not much support was given to Jains, Sikhs or Buddhists or other dharmic traditions either.

This means that the policy of restricting Hindus from reclaiming or renovating their sacred sites continued unbroken through the Mughal, British and Nehruvian periods. Only Somnath managed to escape the Nehruvian restriction, but that was owing to Sardar Vallabhbhai Patel, not Jawaharlal Nehru who opposed it. Pakistan meanwhile was happy and proud to fund new mosques, renovate the old, and restrict or destroy existing Hindu temples.

The question arises – Can India be India without honouring its civilisational heritage, including its magnificent temples? India’s Independence movement followed the inspiration of modern Rishis and Yogis such as Swami Vivekananda, Lokmanya Tilak, Rabindranath Tagore, Mahatma Gandhi and Sri Aurobindo. The need to restore India’s dharmic civilisation was their motivation, the awakening of Sanatan Dharma, not just modern political independence.

Today in 2022, 75 years after Independence in 1947, a New India is arising under the Narendra Modi government, which has a profound respect for India’s enduring civilisation and its diverse traditions. We see a new concern for temple restoration as part of a national cultural awakening. This extends to sacred sites of all of India’s dharmic and mystical traditions. It is not just a UNESCO-type approach or museum centre, but as a living restoration of an ongoing cultural creativity.

Modi is fulfilling the call for a spiritual and cultural revival made by the Independence movement, to awaken India to its dharmic heritage including its numerous temples throughout the country, such as can be found from Kanyakumari to Kedarnath, from Kamakhya to Somnath, which he has been visiting and supporting.

Modi recently inaugurated the renovation and expansion of the Mahakal Temple in Ujjain, Madhya Pradesh, for which he gave what has been regarded as one of his most inspiring speeches: A call to a New India which honours all its spiritual traditions and sacred sites, Gurus and Devatas.

Mahakal is one of the 12 Jyotirlingas or temples of light of Shiva Mahadev, and one of the most important ancient Hindu temples. Mahakal means the great Lord of Time and Eternity (Kala). Renovating Mahakal means restoring India’s ancient history, cosmic view of time, civilisational continuity and connection to the Eternal.

Mahakal in Ujjain represents the Prime Meridian for Vedic astronomical calculations and timing issues going back to ancient texts like Surya Siddhanta. Mahakal in Madhya Pradesh also marks the centre of India in terms of geography and travel. It is very important for Vastu, the Vedic science of directional influences as well. Renovating Mahakal means renewing the presence of India in terms of history and geography, restoring its vision of sacred time and sacred space, opening to the universe as a whole.

India’s temples include many important sites to Shiva, Vishnu, Rama, Krishna, Durga, Kali, Lakshmi, Sarasvati, Ganesha, Hanuman and the many Devatas and forms of Brahman. Each temple has its own Jyotish and Vastu, its own power of sacred time and sacred space as a gateway to the Eternal and the Infinite. The temple is not just an outer structure to be admired but an inner presence to take us to a higher consciousness.

Through restoring these extraordinary temples, one is purifying not only Bharat/India but the entire Earth, and aligning it with the Supreme Consciousness, which the planet desperately needs today to move beyond all the conflict we see developing, and learn to use our new powers of technology for the good of all. Certainly, people from the entire world will come as pilgrims to visit them.

This new labour and sadhana of restoring and renovating important temples need to go forward with determination and confidence as part of a greater cultural unfoldment and civilisational affirmation for India as a whole. Many more temple sites throughout the country need to be examined and restored, a number of which are suffering from neglect unworthy of their historical and cultural value.

New temples also need to be built, such as we see with BAPS Swaminarayan and Akshardham in Delhi and their many great temples throughout the world. The art and science of temple construction and design needs to be encouraged, sustained and renewed on all levels.

It is wonderful to see this temple restoration increasing and its growing momentum for the future of India and the world, including many countries that have similar ancient sacred sites needing renovation. It is part of India’s affirmation of its Yogic and Dharmic traditions in which temples and sacred sites are an integral component, if not the pillar that upholds the teachings and traditions.

(The writer is the director of the American Institute of Vedic Studies and the author of more than 30 books on yoga and Vedic traditions.) 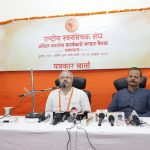