Revival of Rashtriya Utsavs – The Antidote for Commercialization of Culture 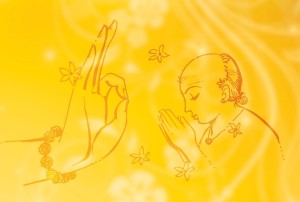 From the Vedic period to contemporary history, we find great seers and scholars articulating the fact about how and why this is one nation. However, in his maiden speech on Independence Day 1947, Pt.Nehru said India i.e. Bharat is a Nation in the making. By this he meant that we have not been One nation in the past. This has been the policy since then. NehruŌĆÖs own contemporaries like Sri Aurobindo & Sri Radha Kumud Mukherjee have written in detail about our national ethos quoting profusely from history.

Unfortunately, policy is laid down by those who wield power. In order to further their own theory, Pt. Nehru and successive Congress governments used the government machinery to try and erase the native historical timeline from minds of educated people. This they felt was necessary to show that BharatŌĆÖs culture was not Hindu but was a composite ( Mishrit ) culture. They thus pursued MacaualayŌĆÖs plan of ŌĆ£Creating a class of people Indian by blood and colour, but British by morals, opinions and intellect.ŌĆØ

An attempt in this direction was by celebrating ŌĆ£Days & birthdaysŌĆØ from either recent history Or ideas centred around Western ethos. This was meant to neutralise the cultural affinity Hindus have with their past. These ideas were also popularised by a large section of English media and wide scale advertising.

A cursory glance at what is being promoted in the name of modernity and how commercialization of culture is taking place is given below.

– In the last few years a blitzkrieg is being done to popularise ŌĆ£Valentines DayŌĆØ. Today it is a 1500 crore business in Bharat. It has the potential to drive wedges in relationships and is making the concept of love a market. Events such as Single-Parents Day, Gay & Lesbian Day are also slowly being promoted.

– New YearŌĆÖs Day as 1st Jan 1st was a Roman tradition which was later promoted as the day Jesus was supposed to have been circumcised. A survey conducted in major cities by Associated Chambers of Commerce and Industry of India (ASSOCHAM) states that the consumption of liquor among teenagers in the last 10 years has increased by 100% on 1st Jan ( New Years Eve ). It is not surprising that liquor companies are investing

heavily to keep this alive.

When we celebrate an event which is rooted in Hindu ethos, the type of celebration is very different to that whose roots are in the West. A clear case in contrast is the celebration of the Hindu Nava Varsh against New Years Day.

Calling a young lady as ŌĆ£behanjiŌĆØ is treated as derogatory in urban circles and slowly Raksha Bandhan which was a social festival of togetherness and a guarantee for social protection has been relegated to only immediate family members. In its place we have ŌĆ£Friendship dayŌĆØ and Friendship bands. This is another example of commercialization taking over a socially relevant festival.

Ideas of unbridled liberalism like CharvakaŌĆÖs are not new to our nation. However, our Rishis devised the method to ensure people are rooted to Dharmic values. They knew the importance of connecting festivals with great events and great people. What and how we celebrate an event has a tremendous impact on our psyche.

The practise of honouring the Guru has been there for 1000ŌĆÖs of years in our country. By recalling the Guru parampara, the youngsters of this land get connected to the hoary past and wisdom of our seers. Original thinking, innovation, and values like sacrifice, valour, compassion are imbibed by the lives of our great gurus like Vyaasa, Chanakya, Shankara , Samartha Ramdas, Vidyaranya and so on. Unfortunately, celebrating Vyaasa Paurnima & recognising contribution of our Gurus is treated as a religious activity and in its place we have Shikshak Divas in modern India celebrating only the mundane and ignoring the spiritual elements of life.