Tamilnadu. Uttar Tamilnadu Prant prachar pramukh of RSS N Sadagopan condemns the comments made by Dayanidhi Maran on RSS. He said, CBI had filed a case in 2013 against former I&B Minister Thiru Dayanithi Maran for misusing his official position to install an illegal telephone exchange at his residence in Chennai. During the course of its investigation the CBI has arrested three persons including the personal secretary of Dayanithi Maran and two employees of Sun TV network. Instead of facing charges against him, Maran has unnecessarily indulges in blaming RSS baselessly. RSS is in no way connected with the investigation. People of Tamilnadu know this very well.

Auditor S Gurumurthy is a swayamsevak for more than 40 years. He has brought out many episodes of corruption to the public blare. Those who were charged with corruption in those instances never slandered the name of RSS. But Dayanithi Maran wantonly drags the name of RSS in order to divert the charges upon him.

For the past 75 years and more, RSS has been involved in silent constructive activities. RSS does not require the support or assistance of any political party. The people of the country are well aware of this. RSS is a movement completely away from party, power etc.

RSS is growing in strength in Tamilnadu owing to the overwhelming support of people of Tamilnadu in spite of the obstacles of Dravidian outfits, their slander unjust allegations etc.

RSS Tamilnadu strongly condemns Dayanithi Maran for his wanton slander of RSS in order to cover up his corruption and divert attention. 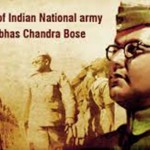