Even while agreeing that there was no stay of the judgment allowing entry of women of all age groups to Sabarimala temple, the Supreme Court on Friday chose not to pass protection orders for women seeking to visit the hilltop shrine of Lord Ayyappa.

Chief Justice of India SA Bobde said that it was an “emotive issue”, and that the Court would prefer to exercise its discretion to decline relief to prevent violent reactions.

“It is a practice that has been going on for thousands of years. The balance of convenience requires that no orders should be passed in your favour now. If the matter, which has been referred, is found in your favour, we will certainly pass orders that you seek” CJI told Senior Advocates Colin Gonsalves and Indira Jaising, who appeared for petitioners Rehna Fathima and Bindu Ammini respectively.

“The situation at moment is explosive. We don’t want any violence”, CJI added.

CJI said that there was no stay and law was in petitioners’ favour. But the Court was declining relief, exercising its discretion, having regard to the emotive nature of the issue.

“We know that the law is in your favour and there is no stay. But we are not passing any orders”, CJI said.

“We are not saying don’t allow her to go in, but we are not looking to pass any order right now. If she can go and pray, we don’t have a problem. We also get your point that a court would pass such order. However we’re using our discretion and will not be passing any order”, remarked the CJI. 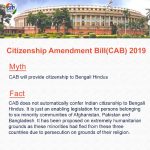