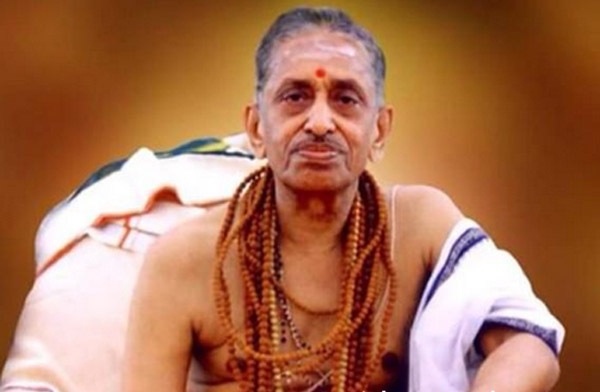 Sri Sivanandamurthy was on born on Dec 21, 1928, to Sri Veera Basava Raju and Smt Sarvamangalamba in Rajamahendravaram. His father was the last in line of heirs for Urlam, the richest Brahmin Zamindari in the entire Madras Presidency. It was in his time that the Zamindari went bankrupt due to a family conspiracy. He then voluntarily left the Zamindari and went to Rajamahendravaram. He joined the Andhra Geervana Peetham in Kovvur Sanskrit College and participated in its management. Sri Veera Basava Raju was a scholarly poet in Sanskrit and Telugu. The Zamindari Samsthan of Urlam, under his reign, was a vibrant centre for Vedas, Shastras, Arts, Poetry and Scholarship. It is no exaggeration to say that there was not a single poet in the region who was not hosted by the Urlam Zamindar.

Sri Shivanandamurthy studied Intermediate in Vijayawada SRR & CRR college and Vijayawada Maharaja College and graduated with a BSc degree from Andhra University. He refused to be a beneficiary of the Zamindari properties, sought his father’s permission to take up a job and became a small-time employee in the then Hyderabad state police department. He worked for more than three decades in Warangal town and resigned to the post of Secretary (Personnel and Planning) to the DGP.

Srimati Ganga Devi is wife of Sri Gurudeva and they had two sons (Sri Basavaraju and Sri Rajasekhar), and two daughters (Srimati mangalambika and Srimati Gayatri.) Sri Shivanandamurthy moved to Bhimili near Visakhapatnam after his wife’s demise and spent a quiet, simple life there.

While he was still working, Sadguru attracted many people to him by the glow of knowledge and Yoga Vibhuti that surrounded him. More than two, three generations benefited from being in his direct presence and tutelage and lived fruitful lives for many decades. Even as he continued in his professional and familial life, he advised and guided those who deserved to be helped and also practiced homeopathy, curing those who sought his intervention. He unravelled the deepest nuances of Sanatan Dharma and religion, showed a path to Sadhakas, conducting charity as part of his daily life and led an exemplary life for people to emulate. He made unbelievably great donations anonymously, sponsored many poets and authors to publish their work and wrote innumerable forewords and introductions on their request.

He toured the country extensively for almost four decades since 1962 and he took hundreds of people with him to many holy, notable places where he educated them on India’s great cultural, spiritual legacy and history. It was not just pilgrimages but he showed them how ancient cities stood with the same names. He took a group to cities associated with Gautama Buddha 2500 years ago, such as Kapilavastu, Sravasti, Kaushambi, Rajagriha, Vaishali and Kushinagar and documented the entire history with the help of a special team. He wrote a script in English on Gautama Buddha’s life and teachings and his son Rajasekhar made it into a film ‘Gautama Buddha’ (2007) in Telugu and Hindi languages. It won a Special Jury Nandi Award too from the then State Government.

On the request of the Tirumala Tirupathi Devasthanam, Sadguru also wrote a history through time with measures such as Manvantaras, Mahayugas, Pauranic incidents and about the Universe. It was telecast as a television serial entitled ‘Anantha Kala Chakra’ in 2012. He conducted hundreds of Yagnas for the welfare and peaceful living of people as well as the security and prosperity of the nation. These Homams were conducted not just in the holiest Teertha Kshetras but also in remote areas, at the borders and in forests. All these took place with no publicity or pomp. He met Vanavasis from states such as Chhattisgarh and Arunachal Pradesh and took care of their essential needs.

The hundreds of articles he wrote, answering complex questions and explaining complicated issues on Indian culture, faith and traditions were published in magazines and newspapers such as Andhra Bhumi and Supatha. They were later compiled into a four-volume book entitled ‘Bharatiyata’. Another book ‘Maragadarshakulu Maharshulu’ is a compilation of the life stories of 40 great saints who laid the foundation for Indian culture and civilization. His other books include ‘Hindu Vivaha Vyavastha’, ‘Kathayogam’ and ‘Sri Krishna’.

He had visited Indonesia, Bali and other south eastern countries where Hindutva thrived and is still very much in practice. He had documented his visit to these places in a book in English entitled ‘Suvarna Bhumi.’ He visited the US and spoke about Sanatan Dharma and values at many universities.

Sadguru had a deep understanding of Indian astrology and held a seminar ‘Mundane Astrology’ in 2010 in Visakhapatnam. This Astrological science deals not with individual horoscopes but with the destiny of nations and their people. Many eminent astrologers and international cosmic experts attended the seminar.

Supatha is a magazine that showcases Indian culture, history and sciences for the benefit of the contemporary generations and it also includes features such as articles by eminent people, analysis, pre-Independence history and reviews etc. The Sanatan Dharma Charitable Trust, founded by him, annually felicitates eminent people from different walks of life, recognizing their contribution to the protection of Sanatan Dharma. He was also chief Patron of the Uttara Andhra Veda Vidya Parishad, established to spread Vedic education and protection of Vedic traditions.

He established Andhra Music Academy and organized many music festivals and tributes to Vaggeyakaras. Followers and disciples of Gurudev in Warangal have been conducting his birthday celebrations, Shiva Ratri and Guru Poornima festivals for a long time. Thousands of devotees are hosted in these festivals. Shivananda Guru Cultural Trust is also run by them. Shivananda Supatha Foundation was set up in 2012 with the blessings of the Sadguru at Bheemunipatnam. This Foundation runs Supatha, the bi-monthly cultural, spiritual magazine and takes care of all the publications pertaining to Gurudev’s writings.

Sadguru built Yoga Ganapati, Sarva Jagat Sakshi Ganapti temples in the mango orchard in his Bheemmunipatnam residence. In 2008, Adyadi Sri Mahalakshmi temple was built there and was consecrated by Kanchi kamakoti seer Sri Sri Sri Jayendra Saraswati Ji. He led the revival and repair of so many ancient temples. He has been the chief of the ancient Sri Shaiva Mahapeetham in Nagole in Hyderabad.

However dormant and low-profile Sadguru kept himself, focused on his mission of protecting Sanatan Dharma, the world sought him out and honoured him with many prestigious awards, including the South Indian Education Society Award, Chandrasekharananda Saraswati Eminence Award, Rajalakshmi Foundation Award, Kanchi Kamakoti Peetham Deshikottama award, World Teachers Trust Master CVV Award. PS Telugu University and Gitam University honoured him with D Lit awards and the Rashtriya Sanskrit Peeth felicitated him with the Maha Mahopadhyaya title in 2011.

This is in brief a pen portrait of a Sadguru who walked this land, spreading the invaluable message of the unparalleled greatness of this nation and its culture. Sadguru Dr. Kandukuri Shivanandamurthy left for the heavenly abode on June 10, 2015, at Warangal Gurudhamam, leaving behind a legacy that few will be able to match in centuries. His inspiration continues to enliven innumerable institutions and individuals who continue to follow in his holy footsteps and continue the work he has initiated.